Books you need from early 2019 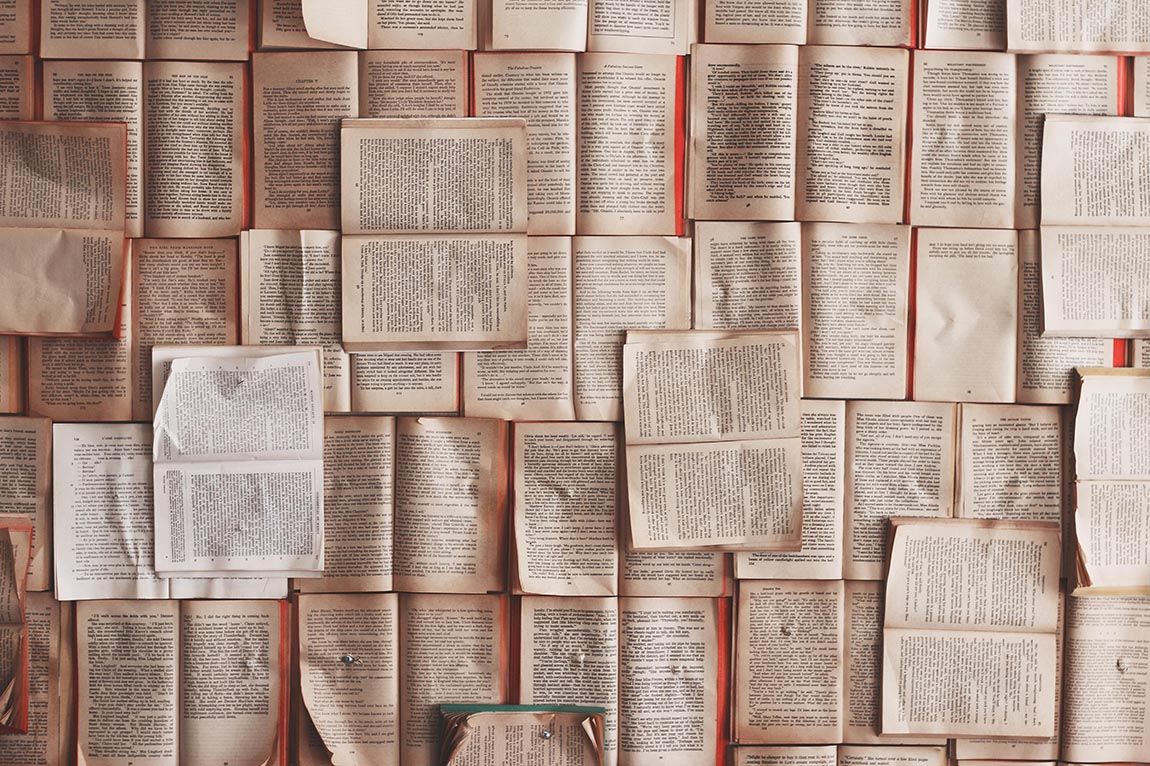 Sihle Khumalo | Umuzi | 9781415209547 | R230
After exploring more than twenty other African nations using only public transport, Sihle Khumalo this time roams within the borders of his own country. The familiarity of his own car is a luxury, but what he finds on his journey through South Africa ranges from the puzzling to the downright bizarre. Khumalo is out to investigate the state of the nation, from its highest successes to its most depressing failures. Whether or not he’s baffled, surprised, or sometimes plain angry, Sihle Khumalo will always find warmth in his fellow South Africans: security guards, religious visionaries, drunks, political activists and the many other colourful personalities that come alive in his riveting account.

Mark Winkler | Umuzi | 9781415210192 | R250
When novelist Charlie Wasserman’s wife Sascha divorces him, he finds a box of letters among the belongings his investment-banker wife did not care to remove when she signed over their house and asked never to be contacted by him again. Written between 1940 and 1944, the letters expose a love affair between Sascha’s grandfather, Theo, a forty-something lawyer, and Flora, a much younger journalist. The letters spark an idea for a novel, even though Sascha had, via her lawyers, asked Charlie to destroy them. All the while the story of Theo and Flora’s lives unfurls, always against the backdrop of the 1940s and what it meant for Jewish people across the world.

Leon Schreiber | Tafelberg | 9780624083948 | R285
We are on the cusp of a momentous change. The ANC has governed South Africa for more than two decades but its iron grip is slipping. For the first time since 1994 there is no guarantee that it will retain power. If ANC support drops below 50% in the 2019 elections, the political landscape will be transformed dramatically. Will Mmusi Maimane and Julius Malema be in charge? Or will the ANC and the EFF join forces? What will this mean for our nation?

Paulo Coelho | Hutchinson | 9781786331595 | R290
Drawing on the rich experience of his own life, Hippie tells the story of Paulo, a skinny Brazilian with a goatee and long hair, setting off on a journey in search of a deeper meaning for his life. He travels though South America and later, in Amsterdam, he meets Karla, a Dutch woman whom he accompanies on the fabled hippie trail to Nepal. Together with their fellow travellers, they embark on a trip aboard the Magic Bus, heading across Europe and Central Asia to Kathmandu. For everyone, the journey is transformative. For Paulo and Karla it is a life-defining love story that leads to choices that will set the course of the rest of their lives.

Kate Atkinson | Doubleday | 9780857525895 | R290
In 1940, eighteen-year-old Juliet Armstrong is recruited into the world of espionage. At an obscure department of MI5 tasked with monitoring the comings and goings of British Fascist sympathisers, she discovers the work to be both tedious and terrifying. After the war has ended, she presumes the events of those years have been relegated to the past forever. Ten years later, now a radio producer at the BBC, she is confronted by figures from her past. A different war is being fought now, but Juliet finds herself once more under threat, and she realises that there is no action without consequence.

WHY SOCIAL MEDIA IS RUINING YOUR LIFE

Katherine Ormerod | Cassell Illustrated | 9781788400626 | R280
Do you ever obsess about your body? Do you lie awake at night, fretting about the state of your career? Does everyone else’s life seem better than yours? Does it feel as if you’ll never be good enough? Why Social Media Is Ruining Your Life tackles head on the pressure cooker of comparison and unreachable levels of perfection that social media has created in our modern world. Why Social Media Is Ruining Your Life is a call to arms that will provide you with the knowledge, tactics and weaponry you need to find a more healthy way to consume social media and reclaim your happiness.

Rebecca Makkai | Fleet | 9780708899113 | R315
In 1985, Yale Tishman, the development director for an art gallery in Chicago, is about to pull off an amazing coup: bringing an extraordinary collection of 1920s paintings as a gift to the gallery. Yet as his career begins to flourish, the carnage of the AIDS epidemic grows around him. One by one, his friends are dying and after his friend Nico’s funeral, he finds his partner is infected, and that he might even have the virus himself. The only person he has left is Fiona, Nico’s little sister. Thirty years later, Fiona is in Paris tracking down her estranged daughter who disappeared into a cult. While staying with an old friend, a famous photographer who documented the Chicago epidemic, she finds herself finally grappling with the devastating ways the AIDS crisis affected her life and her relationship with her daughter. Yale and Fiona’s stories unfold in incredibly moving and sometimes surprising ways, as both struggle to find goodness in the face of disaster.

THE AUTOBIOGRAPHY OF GUCCI MANE

Gucci Mane, Neil Martinez-Belkin | Simon & Schuster | 9781501165344 | R258
The New York Times bestselling memoir from the legendary Gucci Mane spares no detail in this cautionary tale that ends in triumph. The platinum-selling recording artist began writing his remarkable autobiography in a federal maximum-security prison. Released in 2016, he emerged radically transformed. He was sober, smiling, focused, and positive – a far cry from the Gucci Mane of years past. The Autobiography of Gucci Mane provides incredible insight into one of the most influential rappers of the last decade, detailing a volatile and fascinating life.

Leozette Roode | Human & Rousseau | 9780798177108 | R315
Veganism is a growing phenomenon on the culinary scene. The South African Vegan Cookbook is the first of its kind locally. In it you will find everything you need for a vegan lifestyle: from basic information such as the definition of veganism, why it’s good for you, answers to common questions, the essential equipment, vegan alternatives for everyday products, the pantry essentials and resources to learn more. The family-friendly recipes are easy to make and are made from locally-sourced products. This cookbook includes recipes for breakfast, snacks, lunch, tea time, the braai, entertaining and late-nights feasts.

Jonno Proudfoot | Robinson | 9781472142559 | R375
A comprehensive, fully illustrated guide to low-carb cooking, from the Real Meal Revolution team, packed with lessons, tips and over 300 delicious low-carb, sugar-free and gluten-free recipes. This book is the go-to resource for anyone who wants to cook better low-carb foods. It will teach you the fundamentals behind making any dish delicious by using classic flavour combinations, basic cooking techniques and affordable, readily accessible ingredients.

Oz Clarke | Little, Brown | 9781408710173 | R607
With Red & White, Oz Clarke has reinvented wine writing. This is a book to read for pleasure, rather than merely refer to. Combining fast-paced witty memoir with passionately opinionated guide, Oz pops the cork on his life-long love affair with wine. The best loved wine communicator of our time, Oz Clarke is the guest you want at your table, the person to select the wine, and the ideal drinking companion. He explains how, why and where he fell in love with wine; he explains the essentials of how wine is grown and made today; then takes you into the world’s wine regions and introduces you to the wines he loves.

STEVE MCCURRY UNTOLD – THE STORIES BEHIND THE PHOTOGRAPHS

Steve McCurry, William Kerry Purcell | Phaidon | 9780714877341 | R550
Now in paperback and re-sized for easy reading, Steve McCurry Untold is the only book to tell the fascinating stories behind McCurry’s most iconic photographs. It explores the travels, methods, and magic that gave birth to his evocative images, delving deep into the true stories behind McCurry’s most important assignments for National Geographic and beyond – including his reunion with the now-legendary Afghan Girl. Each story includes McCurry’s first-hand account alongside specially commissioned essays, ephemera, and personal photographs from his private archive.

Charles Moriarty | Cassell Illustrated | 9781788400596 | R471
Happy, beautiful and full of fun – this is an intimate portrait of the real Amy Winehouse. With over 100 photographs – many seen here for the first time – along with personal stories and recollections from Amy’s mother, Janis Winehouse, as well as Amy’s band members and others close to her, this is a celebration of a young artist on the cusp of fame. Taken by a friend at a relaxed photoshoot just before she released her debut album, these beautiful images give an early glimpse of the girl who would captivate the world. Back to Amy is a tribute to the enduring spirit of a truly special artist.