KLM 100: The Evolution of Aviation 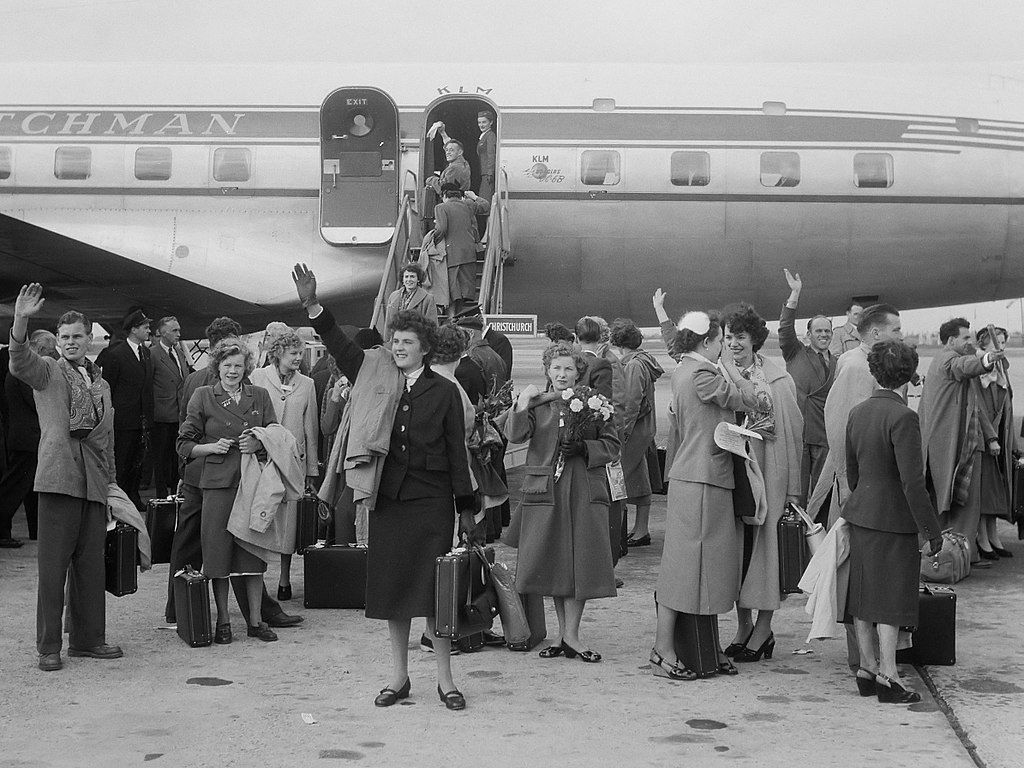 In celebration of KLM’s 100th birthday, we look back on the history of passenger airlines.

Back in the 1950s, flying was a very different experience than it is today. It was then that flying went from a luxury only few were afforded to becoming more accessible to the general public. It certainly wasn’t an everyday affair, mainly because tickets were still too expensive – but the industry grew and airlines capitalised on these changes.

In the 1950s, airlines introduced what became to be known as a second travel class. Dubbed ‘Tourist Class’, this department had more seats in the cabin and the service was less elaborate for these passengers. The class became a massive game-changer because tickets were cheaper, enabling more people to travel by plane. This led to the phenomenon of people booking flights to holiday destinations further from home. This was a major leap forward in those days of post-war reconstruction. Subsequently, in 1958, ticket prices dropped even further when Economy Class was introduced, allowing even more people to travel by plane.

During the first decade of the aviation industry, air races were regularly held to boost technological reliability and innovation. Airlines like KLM Royal Dutch Airlines (who celebrate their 100th birthday in 2019) competed in these races, often successfully. One example was the Last Great Air Race, which was held between London, England, and Christchurch, New Zealand in 1953. KLM won this race in the commercial category, completing the trip in around 44 hours. Nowadays, the same trip takes 24 hours to complete. Back then, this was an impressive feat. The 1953 flight was also incredibly special for the brand as there was a large group of young women on board, traveling to New Zealand to meet their future husbands. This journey later became known as “the bridal flight”, which generated a great deal of publicity at the time and later became the topic of a book and a movie.

To set itself apart from other airlines in the 1950s, KLM began presenting First Class passengers with a keepsake. It was actually prohibited to give passengers souvenirs of any kind. KLM presented these miniatures as a “last drink on the house”, much like restaurants offer a round of liqueur. Instead of serving these drinks in a glass, they were served in a miniature bottle that passengers were welcome to take home with them. Various forms were tried until the first Delftware miniature house was introduced in 1952. This led to a tradition that eventually became one of the most iconic collector’s items. This year KLM will introduce its 100th little house. A very special milestone. 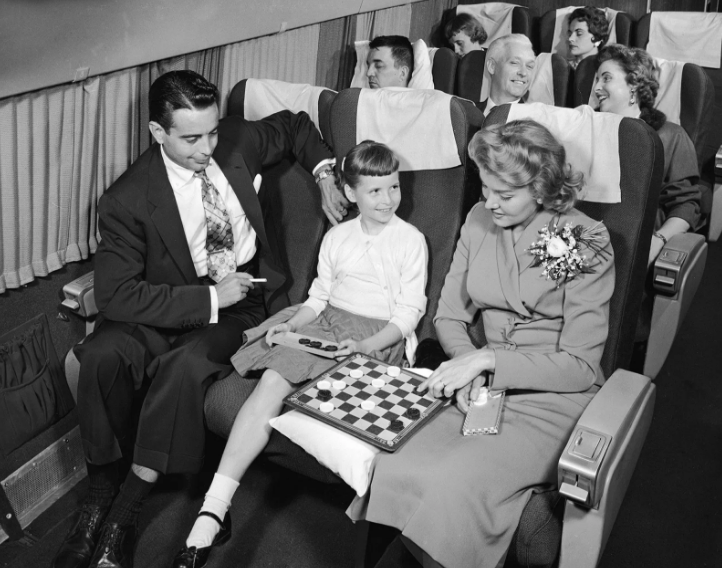 A lot has changed on board since the 1950s. Flying used to be a unique experience, but is a more everyday mode of transport today. There may be less space on board nowadays, but there is more entertainment available. On longer journeys, every passenger has access to their own inflight entertainment system. That certainly wasn’t the case back in the early days, where passengers passed time reading books, newspapers and magazines, or chatting with the crew and their fellow passengers. There was also hardly any contact between the plane and the outside world, which is gradually changing as internet access becomes more commonplace on board. In short, flying in the old days was almost nothing like it is today.

The 1950s really were a transitional age for aviation, from an exclusive time when air travel was reserved for the elite, to the current day where flying is accessible to many. With the introduction of new travel classes, distant trips became more affordable, but air travel certainly wasn’t in reach of the broader public yet. To ensure passenger loyalty, airlines sought ways to give people a lasting memory of their flight. People traveling Economy Class in those days were already far removed from the nostalgic elegance of the early years of aviation.

But the 1950s did open the aircraft door to a larger group of people, allowing them to experience the magic of air travel.