THE ORBIT OF GAY BODIES

Like celestial bodies around the sun, gay men have circled around Gay Pages in stores for over twenty-five years as it shone its message of hope, and life-giving gay energy.

The year was around 2003. Setting, a rather unremarkable mall which, in fact, served as the most developed shopping centre in a radius of about fifty to one hundred kilometres. Its best restaurants included a Spur and a Wimpy. In walks a badly dressed, closeted thirteen-year-old boy trailing behind his parents scratching at his cheap haircut. It was time for the biannual shopping spree.

I was excited because I had an absolute fascination with underwear racks in clothing stores. I would slip away while everyone else were busy fitting clothes or combing through the sales rack, and just stand in front of the wall of tightly packed little plastic windows, carelessly exhibiting soft cottons hugging the juicy bulges of six-packed models selling their perspective brands of tighty whities. 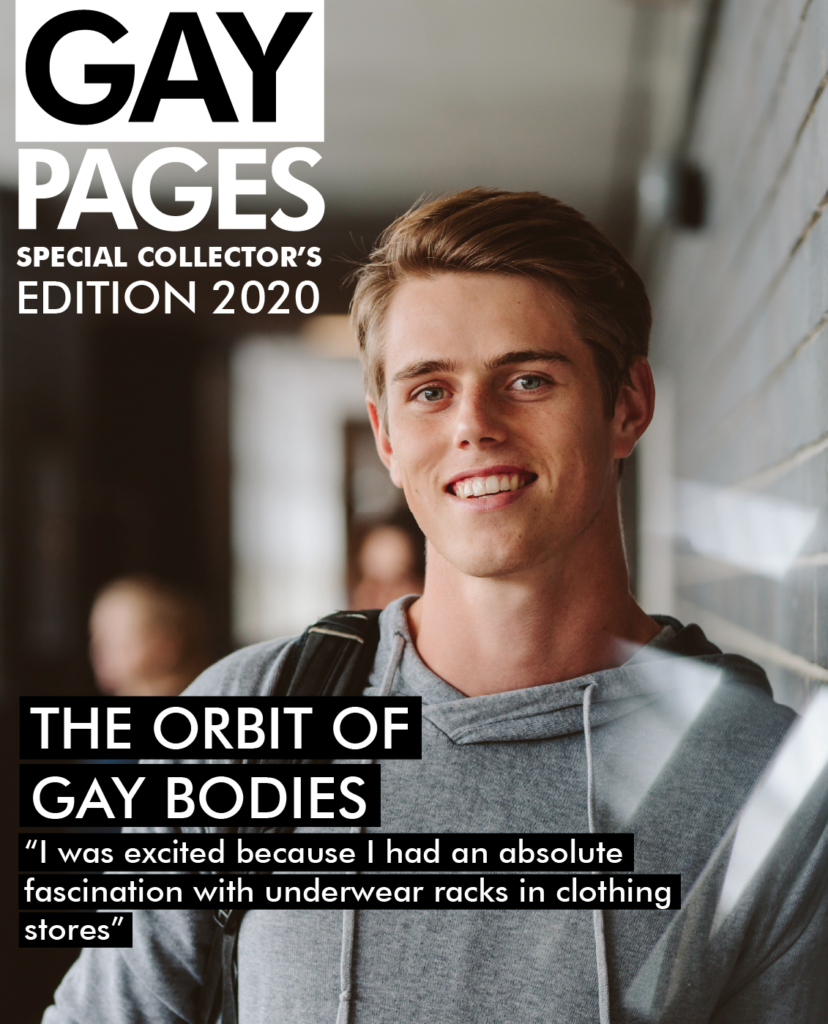