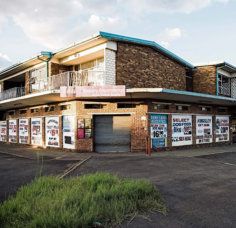 The biggest public health risk in Africa is not Covid-19, but the consequences of regional and global measures designed to reduce its effect on public health. The cost-benefit analysis of these measures yields a different result in Africa than in Europe, North America and large parts of Asia.

By far the biggest risk factor for serious, critical or fatal Covid-19 is age. Worldometer estimates the case fatality rate in the 10 to 30 age category at 0.2%. Under the age of 10, it’s 0.0%. A recent paper in The Lancet estimated a 0.32% fatality rate in its study population of people aged 60 under, and 6.4% death rate for people over the age of 60.

In South Africa, the average male dies before the age of 60, and 3% of the population is over 65.The median age in Africa is 18. In Europe, it’s 42. Africa is the world’s youngest continent, by far.

We must ask, then, whether African nations (including South Africa) have as much reason to fear Covid-19 as regions where so much of the population is older.

One influential study, by Imperial College London, shows that the benefits of mitigation, considering only age, are considerably lower for the sub-Saharan African region than elsewhere. The authors are quick to point out that other factors may counteract this effect, but at this stage we are no longer modelling; we are speculating.

The comorbidities we find with Covid-19 are diseases of age. Recent research shows that HIV is correlated with reduced risk of serious Covid-19, confounding easy assumptions. Speculation cuts both ways, and cannot guide policy. But the evidence clearly shows a strong risk gradient with age.

Lockdown has immediate ramifications for individuals who live on a hand-to-mouth basis, and for their networks of dependents. If people cannot eat, they will not obey a lockdown; nor is there any reason, practical or moral, for them to do so.

And there are less immediate consequences. Economic downturn means more people below the poverty line. After the 2008 financial crisis, five million more children were hungry than otherwise would have been.

At the bottom of the global pile, recession isn’t just a matter of falling property prices and disappointing pensions, it’s a matter of life and death. When we lock down, we are making a choice. We are saving the lives of some older people, and causing the deaths of some younger people, especially children, who are most at risk of malnutrition and diseases of poverty.

Maybe it’s the right thing to do. But when we talk about saving lives, we should factor in the lives we are taking. The net number is what counts.

Can the global community have really got it so wrong? Can regional leaders have been so poorly advised? Why are we taking Covid-19 so seriously, if the threat is so much less serious here than elsewhere, and the costs of lockdown so much greater?

Stefan Swartling Peterson, the chief of health at Unicef, has a theory. “Covid now really scares us,” he says. “The difference, to me, is that … it can affect the people with power … the people who communicate, rather than the poor people who have always been dying.” Yet, given the apparent international consensus and the need to demonstrate strong leadership, leaders in the region may have little political alternative.

However unenviable the predicament of African leaders, the continent’s residents are to be envied even less. Many face more severe and immediate threats to life, not least pneumonia, which is the mechanism by which Covid-19 kills.

Lower respiratory tract infection, caused by a prior bacterial or viral disease, is the largest cause of death on the continent. Covid-19 might increase that risk, but it’s hardly something to write home about, and not preferable to the hunger caused by recession.

Would we care about the increased risk of fatal pneumonia that Covid-19 might cause in Africa, if it did not also greatly increase the risk of fatal pneumonia for prime ministers, business people and university professors, including those in countries where infectious disease and its terrors are supposed to be of historical interest only?

Do not be tempted to retort that Covid-19 will kill more people in total. By far the most dangerous disease in human history is malaria, preventable with mosquito nets. Almost nobody dies from childbirth in developed countries, and few children die of pneumonia. But in developing countries, according to Unicef, five million children die each year from pneumonia, malaria and childbirth complications.

That adds up fast. We don’t care about Covid-19 because of how many it kills, but whom.

Despite the strikingly different cost-benefit analysis for the African region, we’re doing the same thing here as everywhere else, or trying to: we’re locking down.

And it doesn’t take much reflection to realise that we’re not really locking down, given how many people live in overcrowded accommodation where the nearest sanitation is a shared facility at considerable distance from your shack or in rural areas.

Is there an alternative to lockdown? Yes: lock down areas where this makes sense, and which have the older portion of the population, but don’t lock down where it’s impossible to do so. Regional quarantine may be more effective in Africa, where conurbations are separated by large distances. The benefits of separating at-risk populations also deserve fuller consideration.

In Africa, and other developing regions, older people in urban areas often move back to rural areas. In rural villages, it may be possible to separate older and younger people more easily than in a crowded township or slum, where lockdown is a nonsense.

This is not my idea, but an idea suggested by the leaders of a village in a rural part of Africa. And this shows us the best idea of all — ask people to solve the problem for themselves. People who live in a community know their way of life.

It’s time that African leaders, and especially those in South Africa, get themselves advisers who are awake to the differences between Africa and the places where lockdown was conceived, and who are willing and able to model the full consequences — not just death by Covid-19 — of a full range of measures.