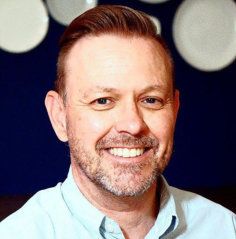 It is my hypothesis that there has been a silent coup that has taken place in South Africa since the onset of the COVID-19 virus hit our shores. The coup is two-fold, the first is that it is blatantly obvious that despite talks of a new dawn, the ANC is still run by the captured cabal of the NEC. The second coup is that of the end to our Democracy.

I need to preface this with the following, the ideas formulated in this article have not been verified but are gleaned from the various news reports and social media posts that abound at the moment. They are my thoughts and may or may not accurately reflect either the truth or the reality, but are based on personal observation alone.

It is my hypothesis that there has been a silent coup that has taken place in South Africa since the onset of the COVID-19 virus hit our shores. The coup is two-fold, the first is that it is blatantly

obvious that despite talks of a new dawn, the ANC is still run by the captured cabal of the NEC. The second coup is that of the end to our Democracy.

When the President announced that South Africa would go into lockdown from the 26th March 2020, he was roundly praised by civil society, opposition political parties and there was a general sense of pulling together once again to fight a common enemy. Many of us will remember the relief we felt when South Africa became a Democratic society. This was managed in almost a bloodless way, where despite years of civil violence, faction fighting and threats of a civil war from both the right and the left of the political spectrum, the threatened blood on the streets never happened. We came together as one and for the main part bought into the Rainbow Nation, under the mantle of Nelson Mandela. We have had many highs since then, the ’95 World Rugby Cup, the 2010 Soccer World Cup and more. I mention these because I think that at times of National crisis and given the chance to rally around the flag, we do so, and we do it wholeheartedly. The lockdown promised to be the same. Sure there were dissenting views and a few protests, but by and large we stood together once again to fight a common foe, the virus. Even when the extension to the lockdown was announced there were admittedly a few more grumbles and people started to panic especially since many businesses who had been struggling with the economic downturn prior to COVOD-19, had now been forced to shut their doors or reduce their wage bills. Still we soldiered on, an uneasy feeling was growing, well documented on social media, and in the press, but we complied. We even chuckled along with him when he struggled to put his mask on after explaining the various levels of the return to normality. Many of us were heartened when he said that cigarettes would be on sale again.

But behind the scenes something more insidious was happening. Reports of 78000 army recruits were called up to assist the police in their crackdown on renegade lockdown law breakers. Just yesterday a young family was arrested because their toddler strayed onto a beach and the mother went to retrieve her child. People have been, shot, shot at, beaten, ridiculed and harassed, by badly trained, ill-informed and brutish police. Led by Police Minister Cele, who has a very tenuous grasp on his role and the powers that his ministry has, believing that the lockdown conditions trump the law of the land and the Constitutional rights of South Africans. We have Minister Dlamini-Zuma failed presidential hopeful, poor AU leader, reviled ex health minister, ex-wife and biggest supporter of Jacob Zuma and acolyte of the black-market tobacco industry, who has managed to take all the communal good will fostered by the President and the people, and turn it into a tool to further her own aims and agenda.

One of the clearest examples of this is the so-called about turn on the smoking ban. When announcing level four lockdown, the President said that the smoking ban would be lifted. This gave hope and some succour to the populace and tempered the very minimal and onerous restrictions he was promulgating. A week later Dlamini-Zuma rescinded the lift on the ban, citing a petition of 2000 people requesting it stays in place. Now either the Minister is totally incompetent, or she is so pigheadedly arrogant that she doesn’t need to take the petitions with hundreds of thousands of votes requesting the lift of the ban into account.

But here the true backroom machinations come into play and give credence to the concept of a silent coup. Prior to announcing the continuation of the ban, the ANCWL and the ANCYL backed her smoking ban, the day after it was announced, fair weather friend Carl Niehaus and his MKMVA also backed her. All very powerful voting blocks within the ANC.

South Africa is run on a consensus government principle, so despite the Presidents backing, along with the Finance Minister and I am sure a few others not backing the ban, it was pushed through. Giving Dlamini-Zuma the win against smoking she lost in the early 2000s. The health benefits of not smoking obviously are well documented, however in the framework of this current crisis and the lockdown legislation, they have no bearing. Lockdown legislation is there to assist the government in flattening the trajectory of the disease and to free up hospital beds and medical personnel to deal with the onslaught. Banning smoking will not significantly affect this. Unfortunately, the same cannot be said about alcohol, as the incidences of alcohol related violence, road carnage and the access to emergency services has reduced greatly. (I do believe however that this ban also needs to be lightened soon, but that is another discussion)

In effect what this means is that despite little or no benefit, and a huge loss in state revenue, coupled with the rise of a black market in cigarettes. But what does this mean to us the general public? I think that it has become abundantly clear that Cyril Ramaphosa is fighting a losing battle within his party and is struggling to maintain control of his Government. After the euphoria of the New Dawn and the jubilation that the uber corrupt Zuma was out, had died down, we began to see the cracks emerge. The ANC is factionalised and the cabal of captured, corrupt and thieving Zuma loyalists, who by and large were left in positions of power, both in the Government and in the Party, began plotting to take back their control and their place at the feeding trough of unlimited wealth that is the fiscus.

It is here that the second sphere of this silent coup has come into play, and the Corona Virus has played straight into the hands of the plotters. It has given those perpetrating the coup the unique opportunity to make the country ungovernable under President Ramaphosa. It began insipidly enough for me. School after School being looted and burnt, to date over 900 schools across the country have been torched since lockdown happened, this will have the effect of mobilising the youth, when education cannot be restored. Arbitrary laws have been enacted, effectively curtailing commerce except for a select few industries. The effect of this will be to ultimately level the playing fields economically, by decimating the middle class, historically always the enemy of a socialist ethos. In addition to this, the ruling party has marginalised their electorate since they came to power, they have failed to provide even the basic services for a large swathe of the populace and have created an unmanageable welfare system, that keeps the recipients in dire pecuniary straits. This system is reaching boiling point and will ultimately serve to bring the government down if not addressed properly through a growing economy and equal opportunities for all citizens.

The much lauded economic and financial aid packages are being distributed sparingly and along racial lines, as are food parcels. White people are being systematically excluded from financial aid, despite having been major tax contributors and UIF payers, as well as employing millions of people, they are now excluded from benefits. On the other end of the scale poor whites are being excluded from receiving food parcels. With many SMME’s closing down and unemployment set to peak at an estimated >40% after lockdown, the sheer stupidity and cruelty of excluding people according to race is unthinkable in a democratic society.

The upshot of this is marginalisation and alienation along racial grounds and to my mind a systematic and planned effort to ferment civil unrest and inter-racial violence. By withholding food parcels to many communities, we are seeing the foundation for protests to begin spilling onto the streets, where the backlash will be against the haves from the have-nots will indeed cause rebellion. Hunger and fear fuel a rebellion.

It is here that the plotters have managed to invoke the trifecta of all coups. They have deployed the military and declared martial law in all but name. We have a curfew, our movement is restricted and as we saw recently, people silently protesting restrictions have been arrested.

So where does that leave us, probably not too badly off in the long run. Whilst we are seeing pockets of unrest, for the main part communities are starting to stand together against a common enemy. We have seen drug gangs on the Cape Flats putting down their weapons and starting to feed the vulnerable in their communities. Farmers are refusing to centralise their produce under Government control. E-business is flourishing despite the restrictions Minister Patel is trying to impose and across the board resistance to the Governments totalitarian rule is growing. Political parties and civil groups are challenging the lockdown regulations through the courts and brave ministers are standing up and are being counted decrying amongst other issues the racially based aid and the loss of much needed revenue through the seemingly Government supported black-market especially in cigarettes. It would behove us to not underestimate the President and those in the ANC that hark back to the original principles of the movement, I am sure that behind the scenes there is a war waging between the two camps, and we can only hope that the Presidents faction wins.

As I began this I said as a Nation we rally around each other in good times, and right now we are starting to pull in the same direction against injustice. Don’t get me wrong, the lockdown has worked, it has flattened the curve and has slowed the onset of the full nightmare this disease can bring, but the time has come to now look at a sane and sensible approach to reactivating society that is free from political agenda and party politics. Only by doing this will we come through this with a semblance of normality.

I reiterate what I said in the beginning, the above is an impression I have gleaned over the past couple of weeks of lockdown, it may or may not be true, but if it is we need to remain vigilant and really work together to fight this alleged silent coup.