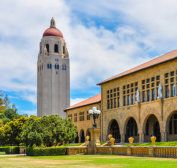 The former chief of neuroradiology at Stanford University said the United States needs to end widespread coronavirus lockdowns and adopt a more targeted approach that both protects the most vulnerable people and builds immunity in the population.

In an op-ed published in The Hill, Dr. Scott Atlas laid out some key facts he believes policymakers are ignoring about the pandemic, and called for leaders to “ignore the panic” when making decisions.

“Tens of thousands of Americans have died, and Americans are now desperate for sensible policymakers who have the courage to ignore the panic and rely on facts,” Atlas wrote. “Leaders must examine accumulated data to see what has actually happened, rather than keep emphasizing hypothetical projections; combine that empirical evidence with fundamental principles of biology established for decades; and then thoughtfully restore the country to function.”

Atlas wrote that because the overall mortality rate is increasingly looking to be 0.1%-0.5% based on antibody studies, and because that mortality rate is even lower among healthy adults under the age of 50, it makes no sense to continue requiring all of the population to isolate when such a small percentage of people are in real danger from COVID-19.

Instead, Atlas wrote, states should craft policies that focus on protecting the elderly and those with chronic underlying conditions. Targeting that segment of the population, although it’s smaller, will have the greatest impact on minimizing hospitalizations (preventing the health care system from becoming overwhelmed) and reducing deaths.

Mass lockdowns are not only unnecessary, but they are actively delaying the process that must occur in order for things to return to normal, Atlas believes. Without a vaccine or proven treatment, the only way to get past the COVID-19 outbreak is to develop herd immunity.

“In fact, infected people without severe illness are the immediately available vehicle for establishing widespread immunity,” Atlas wrote. “By transmitting the virus to others in the low-risk group who then generate antibodies, they block the network of pathways toward the most vulnerable people, ultimately ending the threat. Extending whole-population isolation would directly prevent that widespread immunity from developing.”

Atlas also pointed out that people are suffering and dying because hospitals have stopped procedures deemed nonessential, which can prevent the diagnoses of life-threatening illnesses and delay treatment for other conditions.

“The appropriate policy, based on fundamental biology and the evidence already in hand, is to institute a more focused strategy like some outlined in the first place: Strictly protect the known vulnerable, self-isolate the mildly sick and open most workplaces and small businesses with some prudent large-group precautions,” Atlas concluded.

Atlas discussed his opposition to the lockdowns and explained why the models used to justify them have been consistently wrong during an interview with BlazeTV’s Steve Deace on Thursday.

PrevPreviousAN OPEN LETTER TO THE PRESIDENT, FROM HERMAN MASHABA
NextCOVID-19: AN EPIDEMIOLOGICAL STUDYNext