FRANS CONJE: ANC WILL NOT SURVIVE THE NEXT DECADE AS THE RULING PARTY 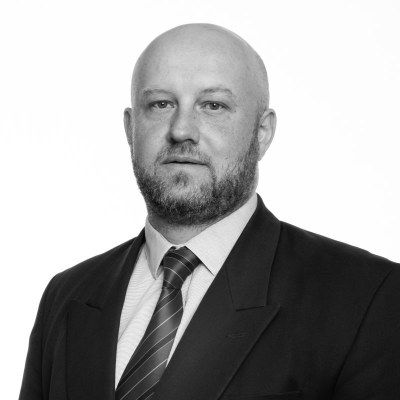 Amidst the devastating Covid-19 pandemic, the new book by Institute of Race Relations (IRR) CEO Frans Cronje,  The Rise or Fall of South Africa (available on Amazon for Kindle*) sets out how South Africa’s future is likely to unfold, what people and businesses should do to secure their futures, and why the African National Congress (ANC) will not survive the next decade as South Africa’s ruling party.

In an online media briefing this week (listen to it on the Daily Friend Show), Cronje argued that the Covid-19 crisis, deepened by the extended lockdown and draconian regulations that have shut down most of an economy that was already failing, will likely trigger a major political realignment in South Africa, heralding the defeat of the ANC.

Conditions have reached a point ‘where I’m beginning to think the ANC has in fact already lost’, with the severity of the economic fallout suggesting ‘the point of no return is already behind them’.

‘The only way out is for the ANC to replicate the economic circumstances it was successful in achieving between 1994 and 2007, which raised South Africans’ living standards.’

But it was doubtful this was possible because reformists in the ruling party had been reduced to a ‘minority influence who do not command the balance of power’. The autocrats and ideologues who were in command, and who displayed ‘a strong authoritarian streak’, opposed the reforms on which growth, jobs and rising fortunes depended.

Cronje said the key to this thesis was IRR research and polling showing that ANC support correlated not with liberation-movement loyalty but the material conditions of South Africa’s households, which had suffered increasing impoverishment over the past decade, now exacerbated by the extreme stress of the Covid-19 crisis.

The mounting economic crisis deepened by the extended lockdown and draconian regulations limiting economic activity had piled pressure on a ruling party which, even before the pandemic struck, was presiding over pitifully low growth, high unemployment, soaring debt, excessive state spending and wasteful investment in failing state-owned enterprises.

To start with, South Africans had ‘great confidence in Cyril Ramaphosa, ‘but the realisation is dawning that that confidence was misplaced’.

‘Polling shows the fear people had of the virus is now replaced by a fear of being impoverished,’ Cronje said. This would drive the public’s response, ‘and if the government stands on the wrong side of the equation, they will pay a heavy political price’.

Drawing on the analysis presented in his book, The Rise or Fall of South Africa(published this week and available on Amazon for Kindle*), Cronje argued that ‘short of destroying democratic institutions and the rule of law, and inflaming racial nationalist sentiment and hysteria, there is little prospect now that the ANC can stave off eventual electoral defeat. Its defeat is an event that we have long advised clients to factor into their assessments of South Africa’s trajectory through the 2020s and into the 2030s.’

This thesis was buttressed by data from polls conducted around the elections in 2019. While the ANC secured 57.5 per cent of the vote, the data ‘suggests … ANC support is now on the wrong side of three South African megatrends’.

The following is drawn from writer and IRR policy fellow Rian Malan’s foreword to The Rise or Fall of South Africa.

Ground rush is a skydiving term, used to denote what happens if you wait too long to pull the ripcord on your parachute. At first you tumble serenely through a blue-green blur, but at an altitude of 400 metres or so, the earth clicks into focus and the ground comes rushing up to meet you. An instant later, you’re dead.

Well, usually. Most skydivers die, but a handful have seen the ground rush and lived to tell the tale. Some were lucky. Others were highly skilled. Most were both.

Which brings us to the point of this somewhat laboured metaphor.

If you’re South African, this book will terrify you, inflicting a brainrattling attack of ground rush and causing you to curse yourself for not getting out while there was still time. On the other hand, it might save you by providing insights that help you survive the coming crash. It may even convince you that all of the above is demented and that the country can be saved.

The Rise or Fall of South Africa is not entirely devoid of straws, and optimists will find some to clutch at. All the advice the government needs to turn the country around is here in the form of a virtual ripcord just waiting to be pulled either by the ANC today or by one of the new political movements Frans Cronje argues will defeat the ANC and lead the country into the 2030s.

As you presumably know, Cronje runs the IRR, a venerable liberal lobby that bedevilled the apartheid regime for decades before becoming a thorn in the side of those who threaten the country’s future today.

From the day of its founding in 1929, the IRR has urged South Africans to rip the scales off their eyes and act rationally. Frans continues the tradition here, constantly reminding us that most South Africans are moderate, reasonable people. This has always been the central finding of the IRR’s regular opinion surveys: it is the politicians who are obsessed with race, vengeance and radical transformation, not the people. Ordinary South Africans want the races to work together.

They want stability and law and order. They want good schools and hospitals and, above all, they want jobs.

Cronje reminds us that there was a time when the ruling party seemed to hear these plaints, and tried to address them. This was the time of GEAR, the centrist economic strategy adopted by the ANC in 1996 at the urging of Thabo Mbeki. In the GEAR era, budgets were balanced and the national debt halved. Foreign investment poured in. The economy grew at five per cent a year, spawning millions of jobs and creating a happiness explosion of a sort never before seen in South Africa.

Cronje’s description of this golden moment will break your heart and cause you to rend your garments and wail, Why can’t we go back there?

Well, we might, but the odds against that are now very great. When Cyril Ramaphosa became president in 2018, the chattering class fell to its knees and hailed him as a saviour. Ramaphosa was the sort of man who understood that the country was hurtling towards disaster. The sort of man who would pull the ripcord, causing the parachute of hope to blossom over our heads and carry us to safety.

Almost alone among public intellectuals, Cronje understood that the chattering class was fooling itself; even if Ramaphosa was seriously intent on reform, his endeavours would be blocked by the Twin Dogmas.

Dogma One is racial nationalism, which maintains that the highest good in South African society is the achievement of racial transformation targets. Our state-owned enterprises may all be dying, but that doesn’t matter very much because they have achieved a state of immaculate transformation.

Dogma Two is the doctrine of National Democratic Revolution, the Marxist-Leninist thesis inherited from the Soviet Union, where private property was regarded as theft and the state owned everything. For those who believe in the NDR, state ownership and control of the economy is a state of grace and anything else is anathema, which makes it almost impossible to solve the country’s problems.

On their own, neither of these dogmas would be fatal.

They could be resisted and challenged and argued against – in time, possibly overturned. In combination they are deadly, extinguishing all hope for everyone save the vampiric elite that inhabits the upper reaches of South African society. Cronje eloquently makes the case that even the ANC is consumed by fear, because it knows we are heading for deep trouble. But the Twin Dogmas hold the party’s critical faculties in a headlock, and it cannot imagine abandoning either.

So here we are, then, hurtling towards the ground at terminal velocity.

What comes next will not be pleasant. Cronje is a good-hearted man. He tries to soften the blows and sweeten the bitter pills, but in the end, the most striking line in his book is this one: ‘I have sat through too many panels and wealth seminars, investor conferences, briefings and media interviews where some of the speakers have frankly lied to the people who had come to hear them.One day, years from now, you may see me in the street and when that happens, I don’t want you to say, “You knew, your people knew, but you never said . . . ”’

He goes on to write that South Africa could pull out of its present dive and start growing strongly again at the end of this decade, but the intervening years are likely to be tough, and the risks are daunting. ‘It is late in the day,’ he concludes, ‘and now more apparent than ever that those who told you there was nothing to fear have been wrong all along.’

*Hard copies of the book will become available when printers reopen.