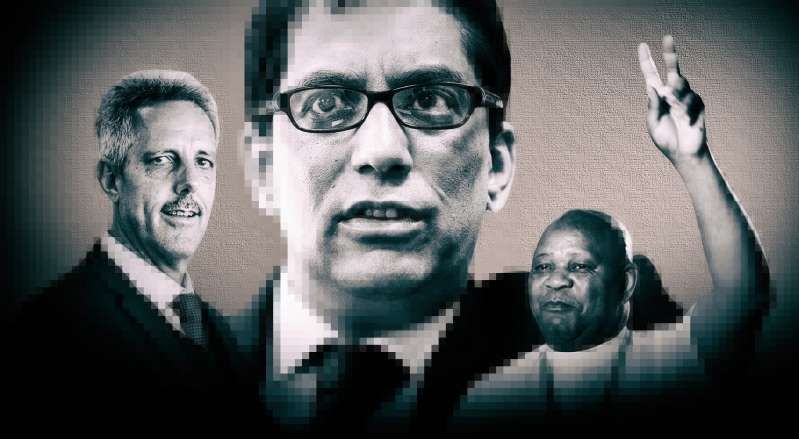 Sizwe Africa IT Group, a majority-owned subsidiary of controversial businessman Iqbal Survé’s Ayo Technology Solutions, has secured a contract worth R160-million for e-learning services in the Eastern Cape. In awarding the contract, the provincial department of education side-stepped normal procurement processes and the deal is now being queried by some officials in the province.

The Eastern Cape Department of Education (ECDoE) awarded a contract worth R160-million to Sizwe Africa IT Group, a subsidiary of Iqbal Survé’s Ayo Technology Solutions, without a competitive bidding process.

This was done by making use of legal loopholes in South Africa’s procurement legislation, but Scorpio has learnt that some officials from the province’s treasury have raised concerns over the manner in which the deal was concluded.

The plan is to broadcast classes from mobile studios to some 72,000 learners in the province. The learners are due to receive sim-cards with data to allow them to access the educational material. To help them achieve this, MTN has been roped in as a partner to the main contractor.

The ECDoE maintains the project will offer value to its learners beyond the coronavirus pandemic, but all indications are that the deal was hastily put together in response to the lockdown.

“Our team in the Eastern Cape confirms that interaction from the Department [of education] started around 19 March in discussing their requirements. Our technical proposal and quotation followed the following week,” Hanno van Dyk, Sizwe Africa’s chief operating officer, told Scorpio.

Loyiso Pulumani, the ECDoE’s spokesperson, confirmed that Sizwe Africa presented its proposal to the department on 24 March.

However, in an earlier email, Van Dyk claimed it would be “misleading to mix the contract with the Covid-19 pandemic”.

“The period of the lockdown is to deal with the infection of the virus. The solution provided will exist and deliver value to the ECDoE, long after the Covid-19 pandemic,” stated Van Dyk.

Scorpio has obtained documents that indicate Sizwe Africa clinched a contract from the ECDoE for a “turnkey interactive and virtual e-learning solution” in early April, soon after South Africa initiated its coronavirus lockdown.

According to the document, the department will “rent” the e-learning solution from Sizwe Africa for a period of three years at a cost of R4.5-million per month. This will ensure revenues of R160-million, although the document seen by Scorpio makes provision for a “rebate” of R27-million.

Instead of going out to tender, the ECDoE relied on Treasury Regulation 16A6.6, which allows one government department to “piggy-back” on an earlier tender awarded by another department, provided that the initial contract had been awarded through an open and competitive bidding process.

Although such deviations from normal tender procedures are provided for in the country’s procurement laws and regulations, they come with strict conditions.

Scorpio has learnt that the Eastern Cape’s provincial treasury has been engaging with the ECDoE to determine whether the latter had indeed appointed Sizwe Africa in an above-board manner. It is understood that there are concerns among provincial officials regarding the manner in which Sizwe Africa clinched the deal.

The Eastern Cape Department of Education (ECDoE) awarded a contract worth R160-million to Sizwe Africa IT Group, a subsidiary of Iqbal Survé’s Ayo Technology Solutions, without a competitive bidding process.

Pumelele Godongwana, spokesperson for the provincial treasury, confirmed that his department was “currently engaging with the department of education to gather all the facts surrounding your query.”

“At an appropriate time, we will provide you with all the necessary information,” said Godongwana.

The contract the ECDoE “piggy-backed” on was awarded to Sizwe Africa by the province’s department of economic development, environmental affairs and tourism (DEDEAT) in July 2019. Sizwe Africa was appointed to provide the DEDEAT with an operating lease or asset finance solution for IT products and services.

The ECDoE is adamant that its decision to participate in the DEDEAT contract was above-board.

“The department is confident that the contract it entered into with Sizwe IT Group was done lawfully,” said Pulumani.

According to Van Dyk, Sizwe Africa’s “sales and technical team in the Eastern Cape responded to the request for a proposal from the Department based on our existing contract.”

“The contract was adjudicated fairly and approved by the Provincial Treasury, he added.

Both the ECDoE and Sizwe IT downplayed suggestions that the company’s alleged political links may have influenced its contracts in the Eastern Cape.

“The department was not coerced nor influenced to participate in the contract and this participation has got nothing to do with Mr Survé or his alleged connections,” said Pulumani.

“To our knowledge, the selection process was fair, and the contract awarded on merit. None of our employees or board members was involved in the process. We are not aware of any political influence in the process,” Van Dyk told Scorpio.

“Mr Survé is not involved in the operations of Sizwe Africa IT Group. He is also not a board member,” he added.

Reverend Mehana, who for years has been serving as the ANC’s chaplain-general, was appointed as Sizwe Africa’s CEO in March 2019.

In January 2019, a recording surfaced in which Mehana made derogatory remarks about women.

“Since January 2019 when I was asked not to preside over the [ANC’s] January 8th celebrations, I have not been active as the chaplain-general of the ANC,” said Mehana.

ANC spokesperson Pule Mabe was asked whether Mehana has been formally axed from his role in the party, but he did not respond before publication.

Mehana told Scorpio that he had not been directly involved in the contracts Sizwe Africa secured from the Eastern Cape provincial government.

Pulumani, meanwhile, suggested that his province’s government has been unfairly presented as a hotbed for dubious contracts.

“We believe that members of the media have got to disabuse themselves of the notion that the province of the Eastern Cape is a cesspool of corruption. This very same deal is so exemplary that we have received requests from other quarters on how they can structure the same,” stated Pulumani.

Survé strongly rejected any notion that his alleged political clout may have played a role in Sizwe Africa’s Eastern Cape contracts.

“I am not on the board or executive management of Ayo and suggest you direct your questions to the executives of Ayo or Sizwe Africa,” said Survé.

“As for this contract that you refer to in the Eastern Cape, I have no idea of this contract and have never been involved in any such contract,” added the businessman.

In a recent statement, Eastern Cape MEC for Education Fundile Gade said the e-learning initiative would assist learners in his province “during the demanding age of coronavirus”.

Scorpio asked the ECDoE whether it would be possible to roll out an e-learning project to thousands of learners before the lockdown was lifted, but the department was unable to furnish Scorpio with clear timeframes.

“We have appealed to learners to send their ID numbers, names, home address to elearning@ecdoe.gov.za so that we can get a sense of the spread and where learners are during this lockdown. The department intends to deliver the e-learning material to the learners as soon as possible,” said Pulumani.

MTN confirmed that it had been roped in by Sizwe Africa to provide connectivity services for the initiative.

“Sizwe Africa, as the service provider to the department, does the rest of fulfilment on the deal. Sizwe Africa and the Department of Education are in (the) best position to provide the details for the roll-out of the project,” said MTN spokesperson Jacqui O’Sullivan.

Asked whether MTN was concerned about any reputational risk it might face as a result of doing business with a company associated with Survé, O’Sullivan responded as follows:

“MTN followed its required due diligence and internal processes when Sizwe Africa approached MTN as a connectivity partner in October 2019. While the MTN Enterprise business does a lot of direct work with customers, we also believe in the value of partnerships. Partnerships are a way for us to expand our business opportunities and Sizwe Africa made it through our due diligence criteria in the process that was undertaken. There is, therefore, no reason why MTN would be concerned or question this collaboration.”