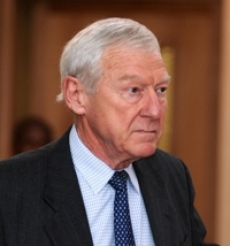 Retired judge Rex van Schalkwyk, underscores in this powerful article, the actual incidence of deaths is probably a very small percentage of those infected because many people will have Covid-19, or have had it, and no-one has noticed. Van Schalkwyk looks at this figure as one of the arguments why the reasons for strict lockdown no longer hold.

House arrest is a recognised form of punishment for a convicted criminal. The punishment can, however, only legitimately be imposed upon an individual who has had the benefit of a fair trial. What then of the house arrest to which the entire population has been subjected for the past several weeks? The answer, of course, is that it is done for a legitimate purpose. To establish this, the reasons must be examined to determine their legitimacy, failing which the lockdown remains illegitimate, and therefore tyrannical. What the law will not tolerate is the whimsical or capricious use of power to undermine the liberty of the citizen, or merely to flex the collective muscle of the executive, who are, under the leadership of the president, responsible for the decisions taken.

The rule of law is the barrier that the law sets against tyranny. The legitimacy, or otherwise, of the lockdown must be determined in accordance with the prescriptions of the rule of law. An object lesson derived from the rule of law is that the free individual may do anything that is not prohibited, but that the state (the agency of law enforcement) may do nothing that is not permitted. The permission that the state requires is the permission that is conferred by the law. Of course, the law may not be perverted by the lawmaker in such a way as to permit a state action that violates the fundamental authority of the rule of law.

It follows axiomatically that any attempt by the lawmaker to subvert the rule of law is illegitimate and therefore unlawful.

To accord with these principles, it is evident that any restrictions placed upon individual liberty by the lockdown measures must be reasonably capable of achieving their objective, and that the objective must itself be rational to its purpose. There are, broadly, three purposes to be served. The first is the overriding one that the liberty of the individual must be preserved, to the extent that this is not incompatible with the overall objectives sought; the second is that the measures must be demonstrably capable of ameliorating the incidence and the likely duration of the Covid-19 virus; and the third is that a sensible cost/benefit analysis should yield a clear, though not necessarily decisive, answer in favour of the measures instituted.

The second of these requirements is problematic because the event that is confronted has some unknown qualities, and its likely impact (both short- and long-term) are unpredictable. For these reasons some latitude must be allowed in the application of this requirement but this comes with an important caveat: as soon as dependable medical or empirical evidence emerges that the methods employed are either excessive, or unnecessary, the process must be checked and, if so indicated, reversed. Such evidence has now emerged.

The assessed, and sometimes predicted death-rate from the Covid-19 virus, derived from countries like Italy and the United States, was variously estimated at between 10 and 14%. It has now been conclusively demonstrated that these projections are false. In both cases, and many others, the infection rate (the denominator of the calculation) took account of only those symptomatic cases which had tested positive for the Covid-19 virus. Subsequent tests in various countries have demonstrated a statistical probability of a 4% infection rate within the broader community, who are asymptomatic. (The virus does not necessarily manifest any symptoms at all).

This crucial fact gives rise to a much larger denominator in every case that may be evaluated. The result of the significantly larger number of infected persons than previously thought is that the death rate remaining the same, the proportion of deaths to infections is a minuscule proportion of what was previously predicted – somewhere below 0.5%.

This information has been examined by statisticians and respected epidemiologists, and the conclusion is that the death rate from the Covid-19 virus is no more severe than the seasonal flu.

Then there is the empirical evidence. Sweden, a country of some 10 million inhabitants, has selected the course of voluntarism. Individuals may self-isolate if they choose. The death rate there, compared to other countries that have imposed lockdown measures, is not materially different.

These are vitally important facts and must be considered in any decision to extend, or to make more onerous, the already onerous restrictions imposed. In this regard the imposition of a military-style curfew, to be imposed with the supposed relaxation of the restrictions in phase 4, do not bear serious consideration.

It need hardly be said that some of the restrictions, in place for several weeks now, do not bear critical scrutiny. To the question, what purpose is served by banning alcohol and cigarette sales during the period of the lockdown? The Minister of Police answers that there have been far fewer murders committed during this period (and that perhaps permanent abolition should be implemented). This demonstrates the shallowness and indeed the absence of thought on this, and similar issues. The welcome reduction in the murder rate is far more probably the result of the fact that people are locked down. Does this mean that the lockdown should be made permanent? The alternative answer, that critical hospital beds may be wasted on patients with alcohol related illness is equally facile because there continues to be an oversupply of unused hospital beds. Moreover, a reduction in the murder rate bears no rational relationship to the professed purpose of the lockdown, which is to overcome the threat posed by the virus.

The cost of the lockdown is incalculable, both in material and in human terms. This conclusion is so self-evident that it requires no analysis.

What then is the purpose of this excessive venture into the gratuitous exercise of state authority. For the first time in peacetime, for the employment of the military, to ensure the obedience of the civilian population; of the authority involuntarily to detain and medically treat those who, upon random testing, should have the misfortune of a positive reading; of the power of the authorities to detain those who refuse the enforced treatment; of the encouragement of neighbours reporting on neighbours (and children on parents?) and of a growing authoritarianism with striking similarities to the most egregious regimes of the previous tragic century. What is the purpose?

The purpose cannot logically be the complete undoing of a national/international threat because the best method by which that result may be achieved is the exposure to those least vulnerable (the youth) to a harmless infection, so that herd immunity can be initiated and eventually spread to the population. This is not achieved by lockdowns. And why is the body comprised of the individuals that largely determines the fate of this process called by the militaristic, Coronavirus Command Council.

This entire venture has far too many militaristic and authoritarian characteristics, of which warning is being given to those who will pay attention to recent history.