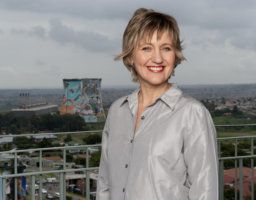 Dr Glenda Gray, a member of the Ministerial Advisory Committee (MAC) and chairperson of the South African Medical Research Council (SAMRC), said the lockdown should be eradicated completely, and that non-pharmaceutical interventions (NPI), such as handwashing, wearing masks, social distancing and prohibitions on gatherings, should be put in place.

• Malnutrition cases were being seen in hospitals.

• The month-to-month phasing-out of the lockdown has no basis in science.

The government needed to reflect on its decisions and admit it had made mistakes because the nature of the pandemic was always changing, she said.

“You also have to be nimble enough … you have to either balance saving your face, or saving your country, and which is more important?”

Gray is a specialist paediatrician and HIV vaccine researcher. She received South Africa’s highest honour, the Order of Mapungubwe, and was named one of Time magazine’s 100 most influential people in 2017.

Gray further clarified the issue on malnutrition at the Chris Hani Baragwanath hospital, “concerns were raised in the first week of May 2020 regarding the number of admissions for acute malnutrition, which appeared to be on the increase.

“The Chris Hani Baragwanath Hospital still sees admissions for malnutrition, the increase in the cases seen in the first week of May needs to be closely monitored,” Gray said.

Gray said the evidence behind certain lockdown regulations was uncompelling.

For example, open-toe shoes were not allowed to be bought or sold during the lockdown.

“This strategy is not based in science and is completely unmeasured. [It’s] almost as if someone is sucking regulations out of their thumb and implementing rubbish, quite frankly.

“In the face of a young population, we refuse to let people out. We make them exercise for three hours a day and then complain that there’s congestion in this time. We punish children and kick them out of school and we deny them education. For what? Where is the scientific evidence for that?”

“One can argue whether the extension of the lockdown and these alert levels are justified, and I think we could argue that an additional two weeks in the lockdown may have supported the work that had been started and was critical.

“But the de-escalation, month on month, to various levels is nonsensical and unscientific.”

Questions have also been raised about whether the government is listening to the expert advice of the MAC’s scientists.

The MAC’s overall chairperson, Professor Salim Abdool Karim, said it was not true that the government had ignored advice on the issue.

Another member, associate professor at the clinical HIV Research Unit at Wits University and CEO of Right to Care, Dr Ian Sanne, said the committee was not asked whether the lockdown should downgrade to Level 3, or any broader questions related to the issue.

The committee was asked to advise on a risk-adjusted approach to focus on hotspots, a screening and testing strategy and, in turn, lockdown.

“We were asked about the approach, not the trigger levels and relationship to economic activity,” Sanne said.

“We were informed that this would in future be utilised to determine the lockdown and economic activity in areas where the risk of Covid-19 is less. And that we agreed with,” he added.

Gray questioned why the government appeared to be proceeding without seeking proper advice, especially regarding regulations.

“We believe, as scientists, that we can give and are giving the government good advice and why they decided not to take advice or engage readily with the scientists is unknown. Why have experts if you don’t really care what they think?”

“With increasing knowledge of the virus, we now know that those most vulnerable are the elderly and those with comorbidities. However, people under 30, and school-going children are not,” Gray added.

“So, then you deal with those people. You don’t put the whole country into lockdown because you don’t know how to deal with [the] elderly and the people who have vulnerabilities.

“We know what we have to do. We have to implement NPIs… I think the government has failed to understand the psyche of its populace,” she said.

Sanne said the extended lockdown was having a negative impact on the healthcare system.

He added that normal, non-Covid-related diseases were not receiving attention.

Sanne told News24 there had been an increase in missed appointments by HIV patients of between 40% and 60% since the lockdown, and a similar issue was expected for diabetes and other illnesses needing chronic medication.

There had been a substantive decline in childhood vaccination programmes, he said, which scientists believed would lead to a substantial outbreak of childhood diseases in the future.

Another example was semi-urgent surgeries, like spinal surgeries or early onset cancer treatments.

Hospital admissions had declined by 75% in the private sector, although the same data was not available for public sector hospitals.

“It may be because of the fear of Covid-19, we don’t know, but elective procedures are not happening. While we don’t have that many Covid-19 patients admitted, we should be using the opportunity to catch up on elective surgery,” Sanne said.

He added that many clinics were empty because, although people were allowed to go, there was a perception they could not do so, and that it was not safe.

MAC member, Professor Marc Mendelson, who is the head of infectious diseases and HIV medicine at Groote Schuur Hospital, is also of the belief that phasing out the lockdown is not a science-led approach.

He said it was based on the experience of other countries’ attempts to flatten the curve but the thinking still posed problems, adding the only countries which successfully flattened the curve through lockdown were those who were able to swiftly test, trace and quarantine on a mass scale.

“That has not been possible in South Africa, despite predictions of up to 36 000 tests per day by the end of April that have not manifested. The only way to reduce the rate of infection is through interventions such as social distancing, handwashing, mask wearing and cough etiquette.

“Infections are inevitable. Sixty percent or so of our country will become infected over the next two years, but limiting the rate of infection is not going to come through lockdown,” Mendelson said.

He suggested a “rapid de-escalation” of the lockdown to Level 1.

While the central questions the government is asking are about balancing the impact of the lockdown with the rate of infections, Mendelson said he believed “that the evidence they are basing their assumptions on is wrong”.

“Lockdown in its current form is doing more harm than good and, given the resource constraints of the country, we need to re-focus the central tenet of prevention on the non-therapeutic interventions already described, while opening up the economy quicker.”

The stance by Gray and other MAC members has led to questions about whether the MAC’s advice is being heeded by the government.

Department of Health spokesperson, Popo Maja, said the MAC had provided advice on the lockdown – that it had “achieved its objective and a further extension of the lockdown beyond the five weeks was unlikely to produce any further reduction in the spread of the infection”.

“The argument that there is very good evidence about the measures to be taken and we should simply follow such a path, is simply inaccurate,” Maja said, adding that the government takes the advice of the MAC seriously.

“The responsibility for implementation is government – not the MAC. Hence, we simply can’t implement the advice of the MAC without interrogating the matter as government, since we are ultimately responsible and accountable.”

Maja added that governments around the globe were using epidemiological data to inform the decisions, including South Africa – which had been singled out by the Word Health Organisation for the measures taken to constrain the virus.

“None of the members of [the] MAC have raised with the minister or the director general, that they are in disagreement with the path being taken by government,” Maja said.