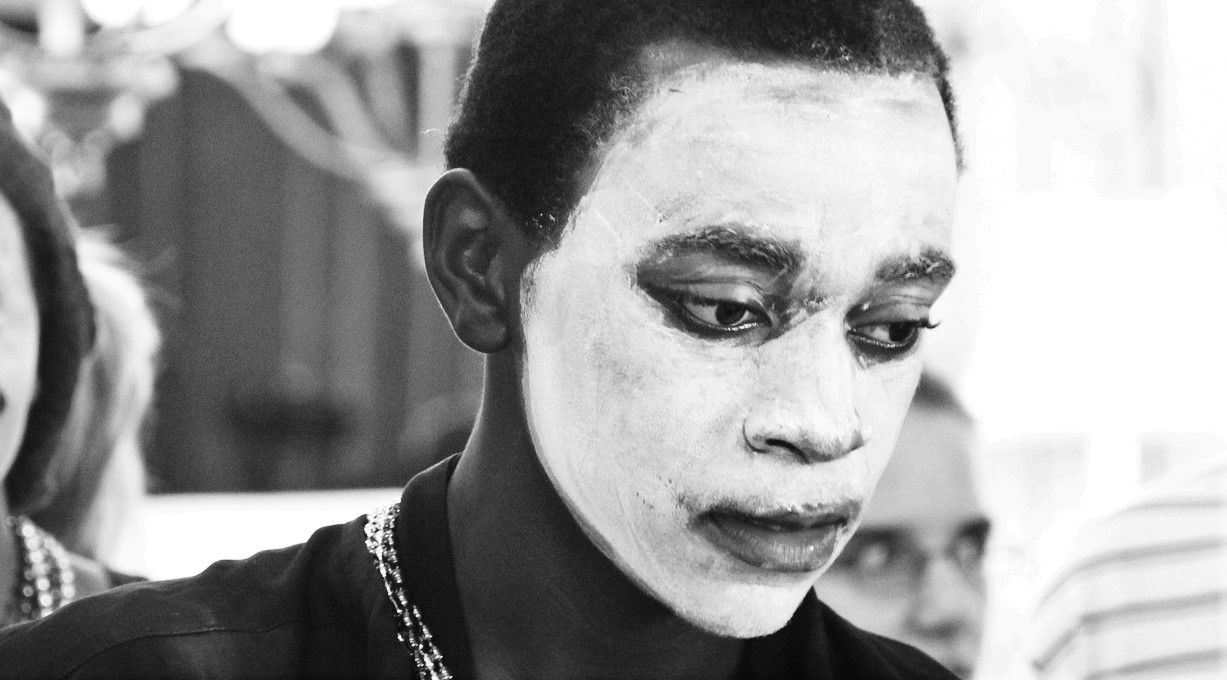 Proponents of BEE, or any kind of race-based affirmative action, face serious challenges from the Covid-19 pandemic. In this crisis, they can insist on using race as a proxy for disadvantage and on applying race-based regulations to supply chains and procurement serving the relief effort; or they say that for now both the beneficiaries and distributors of Covid-19 relief are to be judged by means and needs alone irrespective of race, as a strictly temporary exception. Neither option is likely to work for very long.

When Black Economic Empowerment (BEE) became law in 2003, I entered one of Johannesburg’s most elite, expensive high schools where many of my co-boarders and day-boy students were the sons of name-brand black dollar millionaires and multi-millionaires, politicians and corporate bosses among them. As a poor white on the only race-blind 100% scholarship available, I was in an interesting position. From day one, I noticed some resentment between other scholarship and bursary boys (all were black or coloured) and the rich black boys, customarily referred to as ‘cheeseboy’, and sometimes worse.

Yet there was also a strong sense of racial solidarity in the form of the black ‘brotherhood’, which crossed the divides of wealth. The clash of race and class solidarity inevitably flared up in conversations about BEE.

One of the concerns occasionally raised was that BEE would have detrimental impacts on the white children of poor parents. By the logic of stay-in-your-lane social identity politics, it would fall to me to make that particular case, though in big group debates with the ‘brotherhood’ I never did. A few black boys made the argument, though, and I always found it curious. If a white child grows up in a home without money or social connection or decent education and is then obstructed further by the law – what chance does she stand in this country?

One reason we discussed this so seldom was that such white children were a very small minority of the population. Another reason was that whenever it came up one or two angry black schoolmates would furiously declaim that no white person who tried could fail to succeed because ‘whiteness is power’.

This gave most of us the sickening impression that some of our black schoolmates (a minority, but a vocal one) still thought white skin a superpower in itself. This had ‘hangover from apartheid’ written all over it and we knew it, even before we had our first hangovers.

But the main reason we seldom talked about poor whites was that such talk was quixotic. None of us had any illusions about the fact that the ANC’s policy was intended to benefit black people primarily, and the interesting practical question was whether BEE would do that job. Callow youth made it easy to dismiss poor white children with the line, ‘if you need to break a few eggs to make an omelette, so be it’. Social justice has its price.

But now that seems like a harder line to draw. I imagine our hospitals becoming overwhelmed by the Covid-19 pandemic and someone making the case that doctors forced to do triage should check the social identities first and try to save, for example, a black woman before saving a white man, irrespective of the medical merits. My guts twist.

MY LIFE’S EXPERIENCE HAS BEEN OF A DEEPLY HUMANE COMMON CITIZENRY, TERRORIZED BY A FEW EXTREMISTS

IRR polling indicates that most South Africans are deeply wary of race-based promotion, and my life’s experience has been of a deeply humane common citizenry, terrorized by a few extremists. Both strongly suggest that my gut would not be the only one wrenched by the prospect of race-based triage.

And yet race-based hatred has been expressed by a tiny, but vocal minority, before, especially by the EFF, which entertains the idea of white ‘slaughter’ if only to postpone it. If our hospitals really are overwhelmed, wouldn’t it be true to their own founding manifesto for the EFF to demand black-first triage? You tell me.

Another worry back at school that I could never shake off, which is all the more relevant today, was put well by MP Mosiuoa ‘Terror’ Lekota last year when he called for BEE to be abolished:

If my child goes into Grey College, or Bishops, or Paarl Boys High with white children and qualifies (same teachers, same facilities, same everything) but then you say because mine has a darker complexion mine must get a job ahead of this other child, even when this other white child has achieved better results than my child — how can this not be racism? If this is not racism what is it?!

To think that the children of black dollar millionaires who have gone to the best schools and universities in this country are ‘disadvantaged’ merely because of their skin is racist. I make that claim because classifying ‘cheeseboys’ as legally ‘disadvantaged’ entails that a black skin envelops a burden so heavy, so potent, and so irrevocable that no amount of social status, wealth, or education can overcome it without the iron fist of the law putting competition down. Classifying the children of rich and powerful black parents as ‘disadvantaged’ strikes me as an outrageous perpetuation of the false belief that black skin makes one inferior while white skin makes one undeserving, and I have shared Lekota’s scorn for this view since my own school days.

‘Ok, Gabriel,’ came the response back at school, ‘we agree. It is worrying to us that cheeseboys are classified as disadvantaged. It can perpetuate that consciousness in white right-wingers which projects blacks as inferior no matter what. It might also undermine the true Black Consciousness project. But what can we do about it? Should we make some kind of exception – once your parents own this much, once they are mayor or president, once you have been to a private school and university then you are not black anymore?!’

We all agreed that would be a terrible idea! It had ‘honorary white’ and ‘apartheid hangover’ written all over it. Making an exception for BEE was not an option. Either you embrace the policy and ignore the contradictions, or you try to find something better.

Which brings me back again to today. Ferial Haffajee, an associate editor of the Daily Maverick, recently posted the following on Twitter:

Comment: All Covid-19 relief is being given on BBBEE lines with applications scored by race, gender, disability ownership instead of by how many people employed, size of business etc for max impact. BBEEE [sic] is a vital policy but in an emergency, you have to look at greater good.

Haffajee calls for an exception for BEE of a different kind, inside the Covid-19 pandemic, but not outside it. The intention is admirable, but I doubt if it can or will work, for the same reason that making an ‘exception’ of the well-educated black children of wealthy parents would not work either. Once you recognize that a person’s race tells you nothing, in itself, of their needs or means, the fundamental axiom of BEE is lost.

Acknowledging that BEE is not for the ‘greater good’ in one crisis makes it impossible to humanely go on supporting BEE outside that crisis, because SA is now in a crisis, within a crisis.

Even before Covid-19, South Africa was in a debt spiral, SOEs were failing to deliver, unemployment exceeded 29% (on the narrow definition), the economy was in recession and law and order were being ground to dust. How many black South Africans failed to progress in our lost decade+ because they were focused on apolitical value-add, while those (black and white) leap-frogging them were adept at operating the ideology of value-grab?

I don’t know the exact number, but too many I’m sure. BEE created the very rent-seeking incentives that lost a decade, and that hit my generation between the eyes, keeping most of us out of work during our twenties. For the most obvious examples of BEE-driven decline, see here for DA policy head Gwen Ngwenya’s take on BEE at Eskom, and here for a stage-6 load-shedding supplement by Anthony Turton.

Rather than abandoning BEE temporarily, could we abandon it permanently? There has been public pressure from some more MPs to do just that. Notably, the new brains of the DA (Ngwenya) has moved to address ‘economic exclusion while simultaneously freeing South Africans from apartheid race classification’, too. See the DA’s Economic Justice policy proposal here.

But the forces against political change are immense. Our National Assembly has been majority black since the end of apartheid; all MPs have the resources to give their children a solid domestic education, and many are old enough to have done so long ago with their children now deep, and high up, in the workforce. Yet, besides MP Lekota, I do not know any that have expressed themselves on this shameful state of affairs. With one hand, our MPs give their children love, a great education and resources, while with the other, most of them write laws that classify their own children as disadvantaged compared to whites, even compared to those few white orphans who grow up with next to nothing.

I believe these parliamentarians are all aware of this national, unspoken scandal and that many would like to make exceptions of their own children. What kind of wealthy, powerful parents would willfully write a law that classifies their own children as needy, based on nothing but skin?

Yet making exceptions for BEE is unfeasible. Either you think BEE serves the greater good, or you don’t, in which case you need to come up with a non-racial alternative that does.

Haffajee cannot be alone right now, hoping to avoid race-based economic triage and so willing to make a BEE-exception now, only to return to it later, once the government can afford not to serve the ‘greater good’ once more.

But that time will never come. So we need a genuine alternative. The IRR’s Economic Empowerment for the Disadvantaged can be seen here, and its Friend In Need – Covid-19: How South Africa can save #LivesAndLivelihoods can be seen here for more detail. We are not alone in pushing for change along non-racial lines, but time is short to turn theory into reality.

That would require influential people inside and outside parliament to change their minds about treating race as a proxy for disadvantage. There is no shame in a change of heart; reconsideration is the essence of humanity.