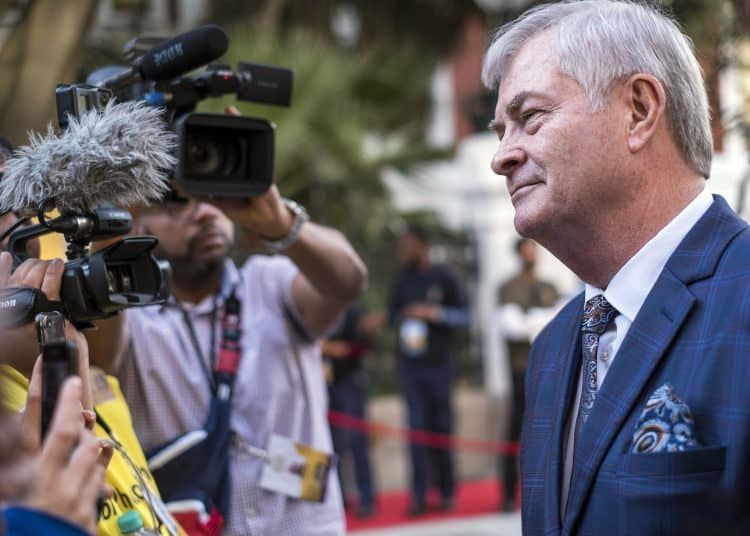 The Freedom Front Plus (FF Plus) have announced that they will be going to war against what they feel are unfair selection criteria for COVID-19 relief grants, with successful candidates required to be Black Economic Empowerment (BEE) compliant.

The party announced on Thursday 7 May that they have launched a “Stop BEE” fund that will assist small businesses that cannot comply with the criteria, and said that the project “focuses specifically on the current injustices brought about by BEE”.

A BEE IN THEIR BONNET

Party leader Pieter Groenewald said that the current application requirements were inevitably going to reap “disastrous consequences”, with the fund “initially focusing on serving as collateral for soft loans to businesses in the beauty, hospitality, and garden services sectors”.

“The project entails, among other things, a fund that offers financial support to small business enterprises that cannot qualify for government aid due to BEE requirements,” said Groenewald.

“Hundreds of videos from the owners of small business enterprises from across the country that outline their need and dire circumstances have been received. These stories paint the picture of the disastrous consequences awaiting numerous enterprises that cannot obtain disaster relief due to BEE.”

He said that his party will not stand for race-based selection criteria.

“Numerous businesses are facing bankruptcy and ultimate closure and should they disappear from the scene after COVID-19, it would be a severe blow to our chances of speedy economic recovery.”

The “Stop BEE” fund will operate alongside the existing “Currently Disadvantaged Business Fund”, which collects donations to be directed towards businesses that don’t qualify for government aid.

Groenewald said that the fund would not only assist businesses financially, but also demonstrate the broader issue of “race-based discrimination” they believe is prevalent in the current crisis relief model.

“The long-term objective with this platform is to serve as a post-COVID-19 stimulus for small business development,” he said.

“In addition, the project aims to tell the stories of the people who are being disadvantaged by the current race-based legislation and bring the devastating consequences it has on these people’s lives to the attention of the general public.”

He said that a global pandemic was no reason to give up the fight against the principle of discrimination.

“Although we find ourselves in the middle of this terrible crisis, it is time to take action and join forces against discrimination and fight for a better future with equal opportunities.”

Addidng their weight to the argument against race-based relief structures is the Democratic Alliance (DA), with interim leader John Steenhuisen saying he has written a petition to the International Monetary Fund (IMF) managing director Kristalina Georgieva to mediate the terms of the criteria.

“As the majority of these relief funds come from a loan obtained from the IMF, I implore this international body to censure the South African government and instruct it to stop using IMF monies in a way that discriminates along racial lines, and exacerbates racial tension in South Africa,” he said on Thursday.

On Tuesday 5 May, Finance Minister Tito Mboweni insisted that race should play no part in the selection process, and Steenhuisen extended that sentiment by saying that if the IMF does not assist, they would risk “fuelling racial discord” in South Africa.

“The race of a business owner has no bearing on the race of the employees of the business. White-owned businesses have black employees, who in turn support families,” he said. “By deliberately denying these businesses critical government relief, it is not just the owner of the business, but indeed these families who will suffer should the business fail.”