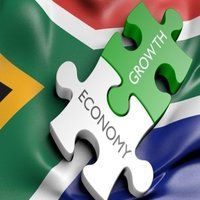 Black Economic Empowerment has not added any value to the South African economy and should be scrapped and replaced with a more integrated business development policy, according to political economist Moeletsi Mbeki.

Mbeki, a long-time critic of the legislation – which was designed to address the inequalities of apartheid and drive economic redress by increasing the participation of black people in the economy – reiterated his rejection of the policy on Thursday.

“BEE, in my view, has been a disservice to the economy of South Africa,” said Mbeki during a dialogue on Broad-Based Black Economic Empowerment (B-BBEE) hosted transformation consultancy BEEnovation.

The discussion took place amid increased pressure on the SA economy from the effects of Covid-19.

Mbeki believes that the legislation should be “scrapped” and replaced by an integrated development programme which will benefit all South Africans irrespective of race.

He argued that the failure of the legislation was evident in the country’s high unemployment rate, which has continued to soar despite the distribution of large empowerment deals to the connected elite.

The Covid-19 pandemic has revived debate around the legitimacy of the legislation, including a failed legal bid by trade union Solidarity and its associate, AfriForum, challenging the application of B-BBEE provisions in the distribution of R200 million relief funding for tourism companies.

The court case was followed by remarks by Finance Minister Tito Mboweni in Parliament, saying government has a responsibility to support businesses regardless of the race of their owners during the pandemic.

This was in contrast to earlier comments by Tourism Minister Mmamoloko Kubayi-Ngubane.

Critics of empowerment legislation had in the past described it as a form of racism, saying it had failed to create new industries.

But Duma Gqubule, the founder of the Centre of Economic Development and Transformation, believes transformation is still a much-needed tool to ensure equality and broader participation of black people in the economy.

“Instead of scrapping BEE, we must look at ways of strengthening it,” he said, adding that the focus now should be on stabilising the economy.

“When you have a crisis, you can’t return to the old crisis. Instead, we must use it to create a new future for our country.

“This coronavirus crisis has exposed so many fault lines in our society, and inequality is one of them.”