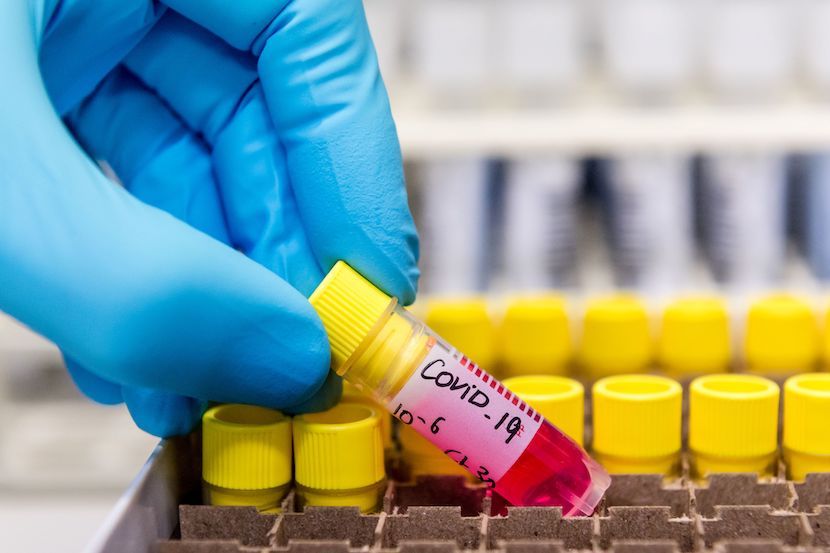 Get to know PANDA. Brilliant logic that throws all the rubbish scaremongering theories that turns us into sheeple out the window.

Is it possible that governments have shut down countries, effectively pushing nations into economic crisis, on the basis of flawed Covid-19 data analysis? This concern is growing. And, as more data becomes available, the statistics are pointing to the possibility that lockdowns have been, at best, misguided. Isaac Ben-Israel, a prominent mathematician, chairman of Israel’s Space Agency, and a former general, caused controversy when he publicised his theory that Covid-19 peaks after about 40 days and declines to almost zero after 70 days. The “hysteria” he sees around him is “as contagious as biological diseases”, he told The Times of Israel. Ben-Israel’s ideas find resonance in a South African group that has been established to look at the human and economic costs of Covid-19 in South Africa. Called PANDA, short for Pandemics Data & Analysis, this group is a collective of leading actuaries, economists, mathematicians, medical professionals, lawyers and businesspeople working to bring more data and analytics to the decision-making table. In this fascinating article, they highlight why they are “left wondering why anybody in their right minds would be talking up a story that involves anything more than 10,000 deaths for South Africa”. Let’s hope government policymakers here, and elsewhere, are paying attention. – Jackie Cameron

The epidemiologists who missed the boat

Is COVID-19 going to be nearly as bad as the government has been led to believe?

In early February, a virus broke out on a cruise ship. Harrowing accounts began to emerge involving hazmat suits, terrified crew serving meals to dying passengers and the dawning realisation that Japanese authorities would support the ship with the best medical attention, but not even let it dock, so much was that virus feared. For most, this was but one of many horror stories that this epidemic would produce, and it would soon be eclipsed by great carnage in Italy. But for anyone interested in trying to understand the emergent epidemic and able to look past the dramatic tragedy, the Diamond Princess represented a pot of gold.

It offered a unique and precious opportunity to jumpstart our understanding of the dynamics of the epidemic. Without it, it would be many months before those dynamics could be teased out of emerging population-level data. We were therefore delighted when a paper emerged on 8 March laying out what had happened on that boat – who had been infected, who had died and at what ages. Lacing it together with passenger accounts, we developed our first working hypothesis about the disease:

We used the PANDA hypothesis to infer some predictions that would fail if it was incorrect – predictions about country death counts, flash-like outbreaks, herd immunity being reached at low population infection levels, diseases correlated with obesity manifesting in deaths and death counts topping out quickly before declining. No measures would rise exponentially for very long at all. Case numbers would not be useful because they would muddle testing policies with sickness rates. Case fatality rates would be misleading because they would be based on muddled case numbers.

We didn’t think there was enough understanding to warrant building any complex models, just little toy ones to give us a sense of the scale of the problem, assuming our hypothesis was correct. We could do this for any country using simply the age structure of its population and a little three-column spreadsheet. We guessed that the disease would cause global mortality to be about 10% above normal for the year ahead—which is to say, it would cause at most 4 million deaths that would otherwise have occurred a bit later. So, an interesting story, but not the Spanish Flu, and not a cause for panic if you’re prepared to adopt a slightly grim countenance.

Then a strange thing happened.

Many people had missed the boat.

On 16 March, Imperial College’s Covid-19 response team announced that their SEIR model (susceptible-exposed-infected-recovered) predicted the United Kingdom would suffer 500,000 deaths if stringent control measures were not undertaken. We were stunned. Our conservative maximum had seen the UK at a level not higher than 70,000. These guys were saying that the world would do worse than that beleaguered boat – much worse. It seemed that what they were missing the portion of our hypothesis that said that there would be a significant portion of the population – probably a majority, who were not susceptible to infection strong enough to trip the wires of a virology or serology test. In SEIR model terms, the attack rates being used were way too high.

While the world spiralled into a frenzy of lockdowns, the numbers evolved, and the PANDA Hypothesis held true. Italy’s daily death numbers, then Spain’s, spiked up and hit a ceiling that the SEIR modellers couldn’t explain. After tailing down quite swiftly, deaths approached a cumulative 600 per million of population, with no sign they would head much further. Successes were claimed for lockdowns, and there were warnings that the spike would resume the moment measures were released. Under the PANDA Hypothesis this would not happen, so it would have its test quite soon.

A few random serology tests emerged, all stubbornly failing to rise above the 15-25% level, well below the theorised “herd immunity” level of 60-70%, further endorsing the PANDA Hypothesis and calling SEIR models into question. An Israeli mathematician stuck his head out and said he thought all countries would peak after 45 days with or without lockdown – pure curve-fitting – and we thought that sounded about right. The Flat Curve Society duly cut that head off, because it said things inconsistent with their SEIR models.

Round about that time the PANDA Hypothesis faced another challenge that we had not expected, and which caused us to think again. Despite dire warnings of calamity and woe for the developing world, the only country with any sign of a severe epidemic was Iran. It duly spiked and subsided, but this time to a much lower level of cumulative deaths of 80 per million, far below the population age-structure adjustment for that country. The PANDA Hypothesis needed revision.

As similar or lesser processes evolved elsewhere in the developing world, we conjectured that what was at play was a hygiene factor. We surmised that the populations of developing countries, faced with lower standards of sanitation and hygiene, had tough cellular immune systems, making them less susceptible, and that this lower susceptibility was causing them to suffer yet fewer deaths than their younger populations would have predicted. A particular interesting trio of neighbours emerged—Vietnam, Cambodia and Laos registered precisely zero deaths among them. These were very young and very poor populations, and it was implausible to us that their performance was all down to fantastic implementation of costly and high-admin suppression strategies.

So, the hygiene factor became the seventh element of the PANDA Hypothesis, with the others remaining unchanged. Poor and middle-income nations would not have significant epidemics—certainly not ones justifying lockdowns, which as we have observed, are far more costly for them in human misery terms. More evidence came in. To date, no nation we have noticed has seen peak daily deaths outside the range of 30-50 days from first death. And no developing country has seen cumulative deaths threaten the 200 per million level, which would imply a maximum of 12,000 deaths for South Africa at its inflexion point—miles below the level projected by the various SEIR models floating around us.

To explain the extent of this we note that the range of deaths plotted by the models doing the rounds is 40,000 to 175,000. That translates into 400 to 3,000 deaths per million. Now the worst afflicted country of any size is Belgium, and its death toll stands at 750 per million, increasing at less than 1% a day. By our age structure alone, South Africa would be expected to have, at most, a third the death toll – 250 per million, which is well south of the range of even the mildest of those models. And, by our admittedly simple reckoning, which is not dependent on differential equations and wildly exponentiated formulae, the clear effect of being a poorer country should add to the benefit of being a younger one – by a lot. We are left wondering why anybody in their right minds would be talking up a story that involves anything more than 10,000 deaths for South Africa, with or without lockdown.

We have also noted interesting emergent research showing that almost all of the social distancing in evidence emerged prior to lockdowns. People, driven by fear and common sense, reduced their movements by a large amount. Lockdowns reduced them by more, but, given the similar “days-to-peak” experience of low and high distancing countries, we cannot see how this would have had much impact.

We believe that it is time to ask why so many inferences of conventional SEIR models are violated in the real world:

Without compelling answers to the above, the PANDA team believe that it is time to test the following series of bold questions:

The projections entailed by the SEIR models seem to us to be cases of outlandish academic scientism, devoid of satisfactory explanation and transparency. They are causing fear and driving policymakers to implement measures that we have shown are hugely damaging to South African lives and our social fabric. Their acolytes need to explain how their models account for these observations. If they cannot, then our policymakers owe it to the nation to recruit new advisors.