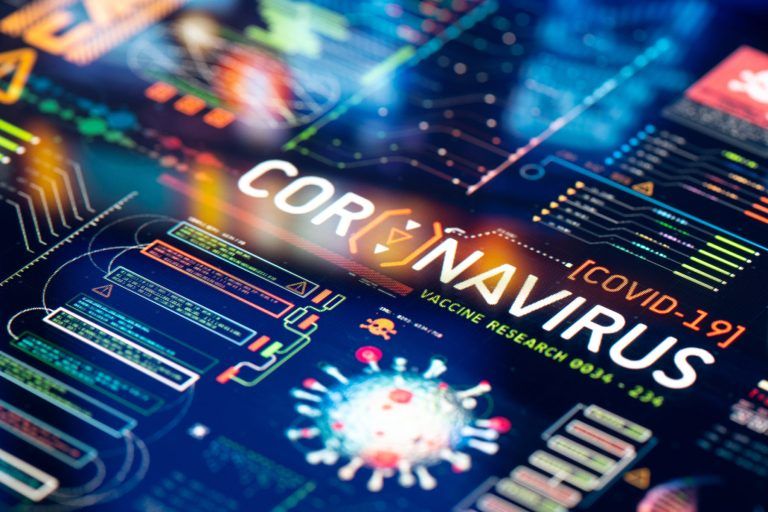 This week, I interviewed a brilliant mathematician, who has agreed to provide a witness statement for the Grand Jury investigation into allegations that there is evidence that the UK government has committed pandemic fraud.

This week, I interviewed a brilliant mathematician, who has agreed to provide a witness statement for the Grand Jury investigation into allegations that there is evidence that the UK government has committed pandemic fraud.

Using government data from the Office of National Statistics [ONS], he can mathematically prove that the reported CV death rate in Britain is dramatically higher than in countries where there has either been no lock-down, or a proportionate response to the perceived threat, such as in South Korea.

In addition, he can also prove that, far from working to protect the public from COVID-19 [as the government was claiming on March 30 2020], the severe lock-down measures have dramatically increased the mortality rate in this country.

This is emphatically supported by the figures outlined in this article from Age UK:

“In England and Wales in the week ending 3 April 2020, coronavirus was included as a cause of 3,475 deaths.

In that same week there were nearly 16,400 deaths from all causes. This is more than 6,000 more than the previous 5 years.

Furthermore, the mathematician’s comprehensive assessment of all the available data shows that the peak of the outbreak of symptoms had transpired a week before the lock-down on 23/03/2020, in contradiction of the government’s claim that the peak occurred in mid-April.

Nevertheless, the subsequent enactment of the draconian Coronavirus Bill [and subsequent regulations] was founded upon the now retracted and discredited Neil Ferguson prediction that there would be 520,000 UK COVID-19 deaths, in the event such measures were not imposed without delay.

Ferguson’s corrected prediction of between 10-20,000 UK deaths was made on 16/03/2020, on the basis that the peak of the symptomatic outbreak occurred on or around that day, which immediately decimated the Gates-funded Imperial College predictive model.

Nevertheless, the mathematician’s expert testimony is more than enough to sustain at least two allegations of fraud, which were put before the Grand Jury in an initial hearing earlier this month, as you can read about below.

By the 16th of March 2020, the government had no excuse for not knowing that symptomatic ‘contagions’ had already run their course in South Korea and the Chinese province of Hubei, BEFORE the draconian measures were imposed in Britain.

Furthermore, in South Korea, which has a population of 51 million, there was no lock-down, but there was widespread use of Vitamin C in the treatment of the symptoms. Only 264 people have been recorded as COVID-19 deaths in that country.

Meanwhile, Hubei, which has a population of 59 million people, wasn’t locked-down; it was blockaded from the rest of China. However, the province has had 4,512 reported COVID-19 deaths to this date.

Whereas, with a population of 67 million, the current total of reported ‘COVID-19 associated deaths’ in the disproportionately locked-down UK is 35,704!!!

Would that number be anywhere near as high if 90% of it didn’t comprise of people who actually died of other underlying causes?

If we subtract 90% of the UK CV associated mortality rate, to eliminate all deaths with other underlying causes, there appear to have been 5,951 reported deaths of people with only COVID-19 symptoms, since the beginning of the outbreak.

This computation is comparable with the reported death toll in non locked-down Hubei, upon which the similarly draconian measure of a total blockade from the rest of China was imposed, causing a spike in the mortality rate.

During the 12 weeks preceding the lock-down, there were 138,916 deaths, which means that an average of 11,576 people died each week – around 1,500 more than the five year average for the same period.

This clearly indicates that the fear and hysteria whipped up by the government and the mainstream media prior to the lock-down initially increased the mortality rate by around 16%.

This shows that an average of around 8,500 more people per week have died in Britain during the lock-down, than died each week of 2020 preceding it.

Representing around a 100% increase in the UK death rate, when compared with the corresponding periods over the past five years.

Is this why Johnson’t government is showing no signs of lifting the lock-down?

Regardless of the answer, upon the statistical evidence alone, the allegations of pandemic fraud are unequivocally sustained by the doubling of the average weekly mortality rate during the lock-down.

In spite of the government’s  repeated and dishonest claim that the lock-down has been keeping people safe from harm.

If it can be determined that only 5,951 people have died with nothing but CV-like symptoms since the beginning of 2020, that means that 253,955 people have perished from other underlying causes.

Which translates into a mean average weekly mortality rate of 14,109 deaths from all causes this year – around 41% more than the weekly average during the same period over the last five years.

Is this what population reduction, sustainable development and hitting zero carbon dioxide emissions by 2050 looks like?

At that rate of a little over 1,000,000 deaths per year, it would take about 57 years to reduce the population by 85%, which many eugenicists have openly called for, in the name of ‘saving the Earth from CO2’.

But if everybody is forced into a typical Bill Gates vaccination program and the effects of the 5G non-ionising radiation grid causes the premature deaths that thousands of scientists worldwide can prove that it most certainly will; it would be more than feasible to reach zero carbon dioxide emissions by 2050 or sooner, as is the declared intention of this Parliament.

Naturally, it goes without saying that zero CO2 emissions cannot be achieved with so many of us breathing out carbon dioxide with every breath we take.

Whilst several other prime expert witnesses are being asked to submit sworn affidavits into the pandemic fraud investigation, as soon as there is enough evidence submitted under oath, the Grand Jury will reconvene to hear the submissions.

Since the GJ’s last decision unilaterally declared that Britain’s EU membership was constitutionally unlawful, in late October 2014, when Brexit [on those grounds] looked like a remote possibility, it cannot be claimed that it has no credibility.

Especially when its ruling was adhered to in every respect by way of Brexit and vindicated by the people in the referendum result.

Whilst its previous decision was to annul the provision within the Administration of Justice (Miscellaneous Provisions) Act 1933, which purported to nullify the Grand Jury’s authority annul unlawful government statutes and miscarriages of justice.

Therefore, it cannot reasonably be said that this Grand Jury does not have any lawful authority to act because of the 1933 Act or otherwise.

Especially when it is operating under the protection of both Common Law and the Treaty of Universal Community Trust, which is beyond government jurisdiction under International Law.

Moreover, if there is enough evidence before this properly convened Grand Jury to elicit a unanimous verdict, upholding the allegations of pandemic fraud, then the jurors will be asked to unilaterally declare that the CV Bill and all related statutory instruments are legal nullities, incapable of enforcement under Common Law.

Which is exactly what I asked Johnson to facilitate in my open letter to him at the beginning of the lock-up. In which I also put him on notice that if he elected to enforce the measures prescribed, the people would act to strike down the tyrannous bill by any lawful means necessary.

Needless to say, there have been no legal objections of any kind received, giving rise to the presumption at law that the Prime Minister accepts that there is no lawful objection he is capable of making in the circumstances he has brought on himself.

The irrefutable facts show that Johnson’s government led Parliament into constitutional unlawfulness, by effectively making itself unaccountable to the people until the government says so, having indefinitely suspended elections and the rights guaranteed by Common Law.

Whilst every justification given for imposition of the severe measures has been proven to be false, by a plethora of expert witnesses in the fields of mathematics, virology, immunology, microbiology, pharmacology, medicine and nursing – many of whom are being asked to provide sworn testimony to the Grand Jury.

Is the reason the government still adamantly refuses to disclose to ‘the science’ it has purported to rely upon since the start because the actual science proves that it is misrepresenting the facts?

Whatever the answer proves to be, this wrongdoing has been grossly exacerbated by the refusal of the UK government to relent in its enforcement of the demonstrably disproportionate measures it imposed.

AFTER discovering that the peak of the symptoms outbreak occurred a week BEFORE the lock-down began.

Is this what a totalitarian power grab looks like?

Pandemic Fraud Upon The People

In summary, the statistical evidence emphatically demonstrates that the government failed to disclose to the people that the symptomatic peak occurred on or around 16/03/2020; as well as falsely representing the facts at its daily press briefings.

It has also become abundantly clear that this has been done for the purposes of justifying the totalitarian power grab, which was enabled by the unlawful enactment of the Coronavirus Act 2020.

As was the relaxation of the laws governing death certification, in order to inflate the supposed COVID-19 mortality rate, from a little under 5,951 to 35,704, by including deaths caused by other underlying issues.

Under the Fraud Act 2006, this is tantamount to pandemic fraud by false representation, non-disclosure and abuse of position.

Against a population who have first been scared witless, before being unceremoniously stripped of their legal rights, for the purposes of the government procuring the material gain of totalitarian power over the people.

However, as Lord Denning predicted, when the British people are denied the rights guaranteed under Common Law and the constitution, they will provide their own lawful remedies, beyond the reach of any government, corporation, foundation, trust or prelate.

It is in exercise of those God-given rights that a Grand Jury has been formed under the protection of the UCT Treaty, as well as Common Law, since the GJ the last remedy standing when tyrannical government policy encroaches upon our lives.

They have stolen our land, they have criminalised our constitutional right to bear arms and they have pillaged and monopolised the fields, the forests, the mountains, the valleys, the hills, the dales, the lakes, the rivers and the seas.

But they shall never take from us the freedom to exercise our unalienable right to:

Do No Harm, Cause No Loss, Tell No Lies, But Take No Shit From Anybody.