How government checkmated itself 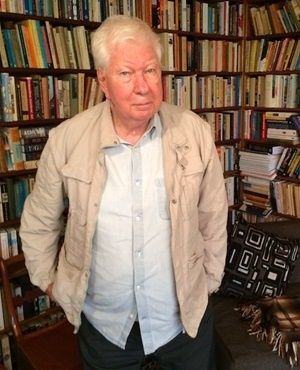 The Covid-19 crisis has revealed several lessons about the exercise of power in South Africa.

One is that our rulers do not understand the limits of their power. Only a few years into the first Mandela administration a major “transformation” of the public service was launched. Experienced white employees were pensioned off and replaced by a host of affirmative action appointments, many of them political but many more of them bringing in civil servants from the former bantustans – who had already learnt many very bad habits. By 1999 in most departments almost all institutional memory had been lost and many of the new folk had little idea as to how to do their jobs. Typically, by then, there would just be Mrs Van der Merwe, who used to be in charge of the typing pool, but at least she knew where the files were kept and what happened if you ignored the obvious red lights.

Soon Mrs van der Merwe was gone too and chaos reigned. Each new minister wanted to pick his own Director-General (and several deputies), usually from the same ethnic group as himself. The result was a constant whirligig of change with many acting appointments. Procurement rackets developed, sometimes including the minister. Presidents kept moving ministers around and they in turn kept changing their top civil servants.

Within ten years of the ANC taking over the result was the complete ruin of the civil service. Not only was institutional memory gone but so were many skills. In their place were ever larger numbers of increasingly well paid functionaries who had little grasp of the jobs they were supposed to do but who often had a hand in procurement rackets, BEE firms, political factions and so on.

It was soon evident that we had, as a result, a broken-backed state in which the government’s power to implement anything was extremely limited because the civil service had almost entirely ceased to work. The only real exceptions were those parts of the government machine involved in raising money – the Reserve Bank, the Treasury and SARS. Since they had to continue to lay the golden eggs they alone were allowed to retain some measure of expertise, skills and organizational discipline.

One result of this situation was the government’s preference for trying to bring about change simply by laying down rules and then getting other people to carry them out. Thus the practical job of enforcing BEE and affirmative action was essentially handed over to business with government’s role restricted to making threatening noises every now and again.

Occasionally, however, government could not avoid having to launch programmes and projects of its own. These were invariably disasters. The land reform programme foundered in a sea of political favouritism and corruption. When the state decided to build two vast new power stations..well, enough said. Successive water ministers laboured away with the result that a smaller proportion of the population has access to clean water today than was the case in 1994. Education ministers vowed there would be no more schools without proper classrooms, toilets and so on, but they’re still there. Repeated promises were made to produce huge numbers of new jobs. And so on.

Early this year Ramaphosa revealed his discovery that the state was not capable. Quite how anyone with even average intelligence could have avoided knowing this for a long time past is something of a mystery. He then declared that the state had to be made capable. The British achieved this in the nineteenth century by introducing competitive civil service exams. If we want to capacitate the state we could do the same thing and have colour-blind hiring on merit. There are no prizes for guessing if that will happen.

Then came Covid-19. The ANC government glanced rapidly at what the Grown Up countries were doing – lockdowns – and so they copied that. This was done without any consideration that South Africa lacks the fiscal space, the public health system and the accumulated resources of every kind which made this an option for Britain, France or Germany. But all that a lockdown can do is slow the rate of infection. If you lack the resources to sustain a lockdown then it is unwise to start one.

However South Africa’ has many media pundits who are almost desperately eager to praise ANC politicians who do anything remotely defensible and they immediately emitted howls of adulation for the Great Saviour Cyril. Ramaphosa was accordingly convinced that he had Done the Right Thing. So he did it some more. And the trap snapped shut.

But by now other ANC politicians had jumped in, adding all manner of lockdown rules that would never have passed muster in a Grown-Up country. Soon we had a smokeless Prohibition, a curfew, locked down golf courses and Casspirs on Hout Bay beach to stop joggers.

The government announced all manner of remedial measures – extra social spending, help for SMMEs, food parcels and so forth – which revealed that ministers were as ignorant as Ramaphosa of the state’s incapacity. For, of course, the payments didn’t come through, there were snafus with the social grants and, most fantastic of all, ANC councillors were asked to distribute the food parcels. No-one who has taken even a cursory interest in South African politics would have done this. ANC councillors are a breed which takes such an intense interest in the, er, distributive side of politics that many are willing, quite literally, to kill one another to obtain such positions. Putting them in charge of food parcels is putting Dracula in charge of the blood bank.

Thus the government is all trussed up in an unsustainable lockdown while public opinion becomes enraged – and 25% of the population is already going hungry. At this rate the lockdown will collapse just as Covid-19 infections really take off.

The government not only lacks an exit strategy; it doesn’t have an overall game plan at all. Probably our lack of fiscal space and a decent public health service means that we should, like Sweden, have avoided a lockdown altogether. Because the really big difference between us and the rich Western countries is that they have the resources and skills to bounce back from almost anything, while we exist on much finer margins. We couldn’t afford to get this wrong and it looks like we have.

The President and his ministers needed to realise that given that the ANC has wrecked the civil service and run the economy into the ground, the country couldn’t afford a lockdown and in any case lacked the sort of state which could, overnight, plan and administer a complicated new dispensation. But ministers are no more willing than the President to acknowledge that such things are beyond them. The results have been farcical and could yet end in both an economic and a health catastrophe.

At which point the ANC national executive, the President and Pravin Gordhan all solemnly vowed that a new SAA must rise like a dodo from the ashes. This when airlines around the world are grounded, when there is no money even to pay SAA’s salaries and when investors have been dumping airline stock. This would have been a pantomime performance at the best of times. In the middle of a pandemic it is pure Salvador Dali. What it illustrates is that our political masters not only don’t understand the nature of the state they have created or the limitations their economic failures have imposed upon them: they are also way out of touch with reality.

The President and government have far over-reached themselves, producing a huge loss of public confidence. And so the government which faces the fragile situation ahead will lack credibility and respect at a time when it needs them most.

PrevPrevious‘SA can’t pull itself up by its bootstraps. There isn’t money’
NextNkosazana Dlamini-Zuma challenged over ‘class suicide’ commentsNext