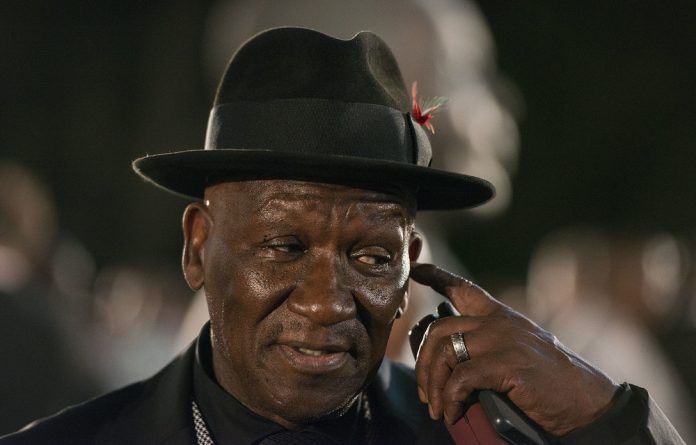 There is a breathtaking level of police violence in South Africa, and only Kenya and Nigeria have seen more people killed.

By all the accounts I can find, South Africa has arrested more people than any other country during the lockdown. Over 230,000 people have been arrested for violating the draconian measures put in place to keep people safe while 11 South Africans (all black men, like George Floyd, the American killed by police) have died in police action during the lockdown. About 177 countries have put in place measures to curtail movement as a way of reducing the spread of Covid-19.

Yet, President Cyril Ramaphosa in a briefing to editors on Sunday 31 May explained this as: “They (the police) let their enthusiasm get the better of them.”

Ramaphosa did not mention the death of Collins Khosa after his violent detention by the SANDF and which has been castigated by the courts, or the deaths of 11 other South Africans in police action and confirmed by the Independent Police Investigative Directorate (IPID) to Parliament in May.

On Monday, the Sex Workers Education and Advocacy Taskforce said it was probing the death of Elma Robyn Montsumi in police custody following her arrest in April at Mowbray police station, bringing the numbers of deaths following arrests or other police action to 12. Police said her body had been found in the station cell (they told the family it was probably a suicide) and Sweat has reported the case to the Human Rights Commission.  In April, a man arrested and assaulted in Lenasia in Johannesburg was later found dead in his cell. 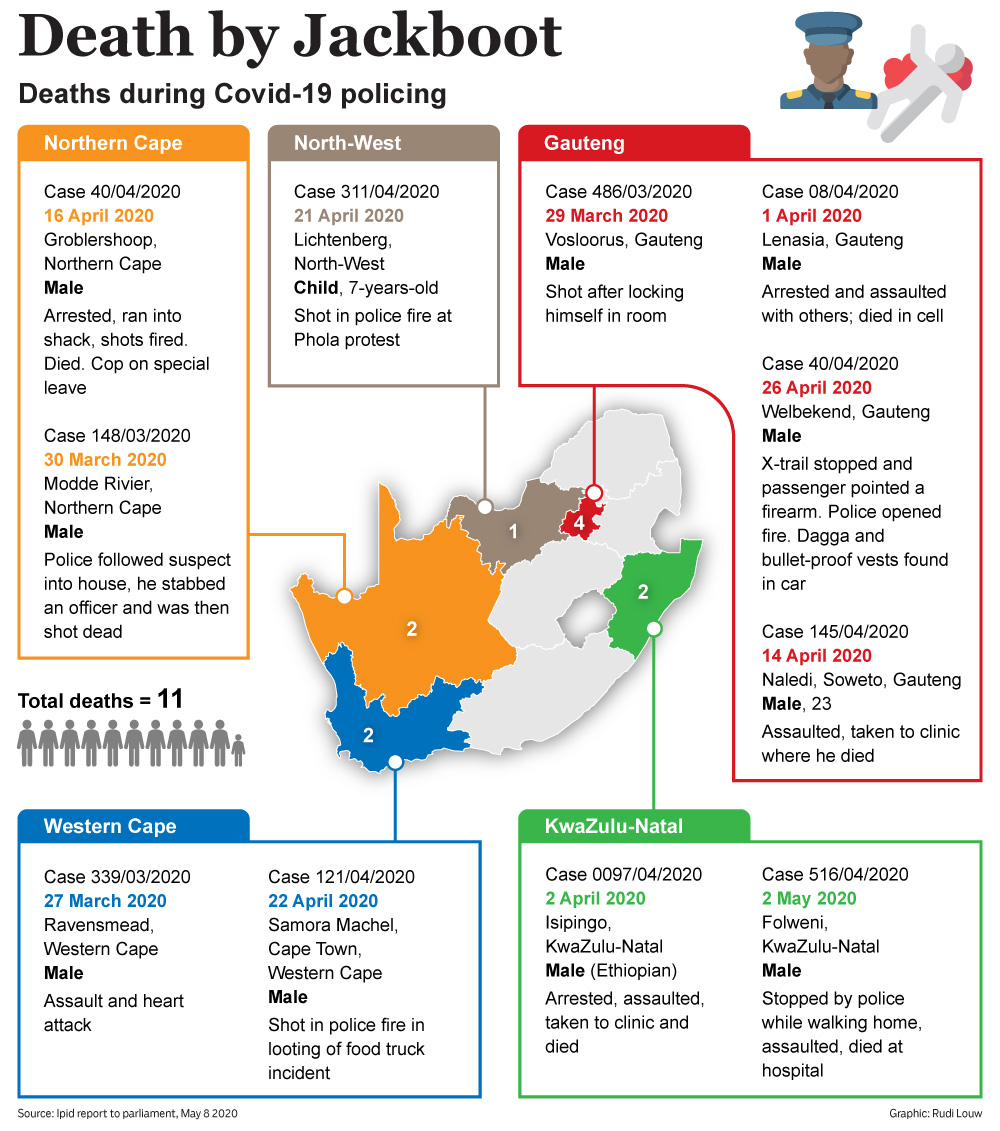 This is a breathtaking level of police violence and only Kenya and Nigeria have seen more people killed, according to this Al Jazeera report of a UN Human Rights Commission report on toxic lockdowns in which South Africa got a starring role. As Carte Blanche reported, 230,000 South Africans now face having criminal records for often minor infringements such as being on a road walking but without a till slip to prove a purchase, out walking (within the exercise window), or smoking a cigarette without a slip to prove historic purchase.

The deputy justice minister, John Jeffery, said in an interview with the television programme that the government was looking at how to ensure there will not be criminal records, but in most cases, people paid admission of guilt fines which carry the threat of a criminal record.

Jeffery was less than convincing or clear in the interview, suggesting that a public health lockdown has had the consequence of criminalising a quarter of a million South Africans and also hiking police killings of black men to a much higher level than the police violence now roiling the US. Asked about the killings and the other allegations of misconduct in a briefing last week, Cele fly-swatted the question away with a nonsensical statement that “if someone says I stole a chicken, it’s only an allegation”.

Yet the numbers of people dead (11 plus Collins Khosa and Montsumi) and the reports of assault, police corruption and other police misdemeanours  (376) were reported to Parliament by IPID which means they are facts, not allegations (the circumstances are all that is in contention, not the fact of the reports or the deaths) and which are now under investigation. IPID has failed to complete even a single investigation as South Africa’s lockdown has revealed globally shaming levels of state violence.

The Philippines, under strongman Rodrigo Duterte, is assumed to have notched up the highest numbers of citations (118,000) and arrests (50,000) in lockdown while South Africa’s numbers are in fact much higher but are arguably hidden because of the standing of the South African Constitution and Bill of Rights and the human rights legacy of Nelson Mandela. Instead of protecting this legacy, Ramaphosa risks acquiescing to the strongman culture embedded by Cele (whom he needs for political protection) by failing to say a single word about the growing police violence. It’s not over-enthusiasm, it is a jackboot lockdown and it is besmirching South Africa’s public health gains which Ramaphosa has rightly claimed kudos for.

Cele is a powerful figure in South African politics but, through this lockdown, he has abrogated significant power to himself, usurping the de facto position of the national police commissioner (in charge of lockdown enforcement, the police minister and that of IPID (now so denuded that it is of no service to the public to whom it is supposed to answer). And if you thought the Human Rights Commission would step in, think again.

Under the chairperson Bongani Majola, the deputy chairperson Priscilla Jana and the head of legal strategy Buang Jones, the commission appears to be only truly enthusiastic about race rights abuses on social media. This week, for example, the HRC announced an investigation into a racist depiction of Co-operative Government minister Nkosazana Dlamini Zuma on social media but it has not yet launched a significant investigation into the growing levels of police violence and the criminalisation of nearly a quarter of a million South Africans.  HRC spokesperson Gushwell Brooks responded that this has not happened as “appropriate bodies such as IPID have been looking into those matters. The Commission has written to the National Command and the relevant Ministers, urging an adherence to human rights. However, the Military Ombud, as well as IPID, are doing the substantive investigations”.