It’s not the virus, but the lockdown, stupid! 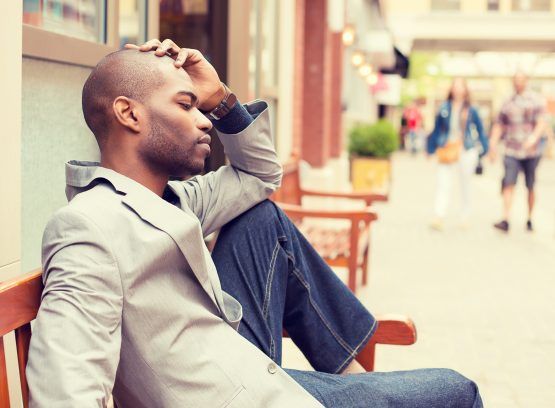 There are no easy answers, but focusing this much on a single problem has destroyed much of our children’s future – at least 3m people are going to be joining the unemployment queue.

What a month ago was seen as a catastrophic impact on the economy (GDP decline of about 5%) would now amount to a dream outcome.

The devastation of the severe and prolonged lockdown on the economy – despite Minister of Trade and Industry Ebrahim Patel describing estimates of disastrous economic impact as mere thumb-sucking – will manifest in a substantially larger shrinkage of GDP.

This is the view of some of the ‘thumb-suckers’ who work in Patel’s own Department of Trade and Industry, with other ‘thumb-suckers’ employed by National Treasury and the South African Revenue Service (Sars).

They are part of a joint research project, Towards Inclusive Economic Development (Tied), which also involves the Department of Monitoring, Planning, and Evaluation, the United Nations University World Institute for Development Economics Research, the Delegation of the European Union to South Africa, the International Food Policy Research Institute, and some universities.

And for those who argue that the economic damage is the result of the virus and not the lockdown, the official document clearly states that the decline in GDP that is forecast is due to the lockdown.

A quick lockdown of 21 days would have seen GDP decline about 5.4%, and a short lockdown would result in a 12.1% decline. The short lockdown foresees an end within eight weeks (which is where SA is right now).

A prolonged lockdown might imply a decline in GDP of 16.1%, according to Tied.

Countries with hard lockdown will suffer most economic damage

Some first quarter data from around the world presents an interesting way of looking at the impact of the lockdown thus far across various countries.

We compared the GDP growth from a year ago to the GDP change this year to see what impact the virus and lockdowns have had. We recorded the difference in GDP change and compared that to a simple policy response.

Source: Macrobond and The Economist

The biggest change in GDP trend (difference between first-quarter growth in 2019 and 2020) was China, which saw a total decline in GDP trend of 13.2%. China got the virus first and was in lockdown far earlier than most.

The following is important:

Thus far the evidence is simply that GDP in hard lockdown countries (like South Africa) seems to have sunk substantially more than either those with a milder lockdown or those that only practised social distancing.

We have to agree with the Tied data and with other economists who have indicated that their growth forecasts are down due to the lockdown and the virus.

There is no doubt that the fear instilled by numerous governments and international bodies like the World Health Organisation has suppressed demand, travel and trade, resulting in a lower growth trajectory of the world economy.

But more important: the policy response of a hard lockdown has worsened the decline in economic growth.

A one-dimensional view that everything should make way for a health response rather than a balanced holistic approach will have outcomes that will also have negative implications for public health.

GDP growth is needed to help people recover from this crisis.

South Africa’s lockdown started a few days later than most other lockdowns and the Q1 GDP trend will be impacted upon negatively. Q2 will however be the most impacted in terms of GDP. If the peak of the virus is only to be reached in July and August, large sectors and/or regions remain on a lockdown level of some sort then Q3 will also be impacted.

South Africans will be much poorer, and poverty will increase. Our policy response of using a bazooka when a surgical instrument was required, makes matters far worse for a lot longer.

University funding, social grants and hospital services will see massive cutbacks. Even basic education would see more children in a class than now.

Point is: the lockdown has added to the economic decline, and the impact is nowhere close to over.

The current economic response of pouring money at the economy helps in the short term but sadly leaves our children to pay off the debt.

It will linger, and will be with South Africans for decades.

There are no easy answers but just focusing this much on a single problem and the response to it has destroyed much of our children future as the unemployment queue will be at least three million longer in the next while.

No country can afford the lockdowns – least of all South Africa with its massive unemployment problem.

When Queen Nandi died in 1827, King Shaka introduced a year-long mourning for his mother during which time no crops were to be planted and no milk consumed. There are tales of misery caused by his policies and cruelty bestowed on those who were found to be in breach of the mourning orders.

The mourning over lockdown may last much longer than a year.

Johannes Wessels is director of the Enterprise Observatory of SA and Mike Schüssler is chief economist at economist.co.za.