Norway health chief: lockdown was not needed to tame Covid 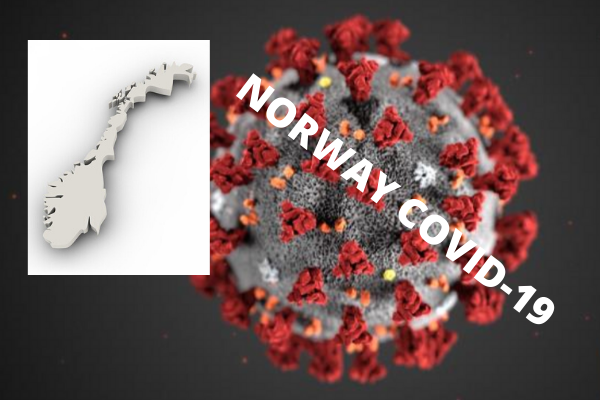 Norway is assembling a picture of what happened before lockdown and its latest discovery is pretty significant. It is using observed data – hospital figures, infection numbers and so on – to construct a picture of what was happening in March. At the time, no one really knew.

It was feared that virus was rampant with each person infecting two or three others – and only lockdown could get this exponential growth rate (the so-called R number) down to a safe level of 1. This was the hypothesis advanced in various graphs by Imperial College London for Britain, Norway and several European countries.

But the Norwegian public health authority has published a report with a striking conclusion: the virus was never spreading as fast as had been feared and was already on the way out when lockdown was ordered. ‘It looks as if the effective reproduction rate had already dropped to around 1.1 when the most comprehensive measures were implemented on 12 March, and that there would not be much to push it down below 1… We have seen in retrospect that the infection was on its way down.’ Here’s the graph, with the R-number on the right-hand scale:

This raises an awkward question: was lockdown necessary? What did it achieve that could not have been achieved by voluntary social distancing? Camilla Stoltenberg, director of Norway’s public health agency, has given an interview where she is candid about the implications of this discovery. ‘Our assessment now, and I find that there is a broad consensus in relation to the reopening, was that one could probably achieve the same effect – and avoid part of the unfortunate repercussions – by not closing. But, instead, staying open with precautions to stop the spread.’ This is important to admit, she says, because if the infection levels rise again – or a second wave hits in the winter – you need to be brutally honest about whether lockdown proved effective.

Norway’s statistics agency was also the first in the world to calculate the permanent damage inflicted by school closures: every week of classroom education denied to students, it found, stymies life chances and permanently lowers earnings potential. So a country should only enforce this draconian measure if it is sure that the academic foundation for lockdown was sound. And in Stoltenberg’s opinion, ‘the academic foundation was not good enough’ for lockdown this time.

The leading article in the new Spectator, out tomorrow, argues that Brits deserve the same candour. There is a wealth of UK data to draw from: 999 calls, infections, hospital data, weekly figures on respiratory infections and some 37,000 Covid deaths. And from this it’s not hard for the UK government to do what the Norwegian and Swedish authorities have done: produce an estimate of the R number dating back to February or March. And use observed data – rather than assumptions and models – to measure the lockdown effect. The results of such a study might make for uncomfortable reading for a government still asking police to enforce lockdown. But these things have a habit of becoming public eventually.

There might be a strong story to tell. The UK data, when assembled, might well show that hundreds of thousands would have died without lockdown – and that, while brutal, it was vital. But if the data points to something different, as it has in Norway, then this is a discussion worth having. Our leading article concludes with this point:

“It is time to restore liberty and move to a voluntary system: to ask for continued caution but ask people to use common sense. The country is ready to be trusted. The question is whether the Prime Minister feels ready to trust us.