Court judgment shows why government should always be challenged 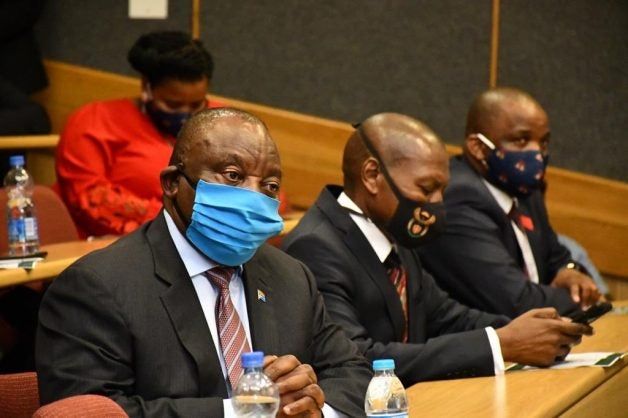 The landmark judgment on Tuesday by the Gauteng High Court in Pretoria reining in a state which started out with the support of most South Africans in resisting the spread of the coronavirus, sets out the thrust of its arguments with a lengthy quote by former US attorney general Robert Kennedy.

In his famous “ripple of hope” speech at the University of Cape Town in 1966, Kennedy spoke of the responsibility of governments to remain responsive to its citizens and to act within the bounds of the law.

Judge Norman Davis quotes Kennedy thus: “Therefore, the essential humanity of men can be protected and preserved only where government must answer: not just to the wealthy, not just to those of a particular religion, or a particular race, but to all its people.

“And even government by the consent of the governed, as in our own Constitution, must be limited in its power to act against its people; so that there may be no interference with the right to worship, or with the security of the home; no arbitrary imposition of pains or penalties by officials high or low; no restrictions on the freedom of men to seek education or work or opportunity of any kind, so that each man may become all he is capable of becoming.”

In his judgment, Davis found large swathes of the Covid-19 regulations promulgated by Cooperative Governance and Traditional Affairs Minister Nkosazana Dlamini-Zuma to be irrational and therefore invalid and unconstitutional. This is because he believes there is no link between the intent of much of the Disaster Management Act – which is to assist government in navigating national disasters – and the regulations which seek to give effect to the act itself.

These regulations do not seem to balance constitutional principles such as those contained in chapter two of the Constitution, the Bill of Rights, including section 36, which governs when and how those rights may be limited.

Davis repeatedly echoes what Professor Glenda Gray, president of the SA Medical Research Council, was recently pilloried for: that the regulations are unscientific, nonsensical and seemingly thumb sucks.

It makes no sense, the court found, that government wants to enforce a hard lockdown and physical distancing rules, but allow for funerals with gatherings of 50 people where all gatherings are supposedly banned.

Similarly, there doesn’t seem to be a rational basis for regulations disallowing a hairdresser to work, but allowing tightly packed public transport systems to continue, nor to force people to exercise all at once or to prohibit the sale of certain items of clothing.

The court did not strike down all the regulations, however.

Davis found that the declaration of the state of disaster in the face of the spread of the coronavirus was rational and that many regulations do pass the test of rationality, including those relating to education, the closure of borders, initiation practices, and the closure of night clubs and fitness centres.

But, it does not “detract from the constitutional crisis occasioned by the various instances of irrationality, being the impact of the limitation issue foreshadowed in section 36 in the Constitution…”

The judgment won’t be the final word on the matter. It will in all probability be tested in the Constitutional Court and there will be much discussion about the court’s findings about the state and its decision-making process.

Already criticism has been levelled against the formulation of the court’s arguments, with some legal scholars calling it disappointing.

Notwithstanding the judgment and what might follow, it has been clear for some weeks that the government of President Cyril Ramaphosa is showing the same trends toward unaccountability for which his predecessor became notorious.

The extraordinary times we find ourselves in did necessitate emergency regulations and measures. The court also agreed with government’s initial response, informed by best practice elsewhere and in anticipation of a looming health disaster. And South Africans, like the court, gave Ramaphosa and his executive a wide berth in making difficult choices, including figuring out how to preserve lives while preserving the nation’s economic viability.

This government, however, has largely squandered the goodwill it bought. The signs were there from the beginning, when the very first set of regulations were announced on 25 March where securocrat ministers like Bheki Cele, Fikile Mbalula and Nosiviwe Mapisa-Nqakula set the tone for the “paternalistic” (the court’s choice of words) attitude toward the citizenry.

This has led to thousands of arrests and fines being issued and numerous deaths in custody as a result of the police and army enforcing the lockdown. The court system is now also clogged up with hundreds of thousands of minor transgressions, most which state prosecutors will decline to prosecute.

Ramaphosa’s ministers have largely refused to adequately explain their decisions to South Africans. With every new set of regulations announced, their approach and attitude was that the public simply must swallow what the state has prescribed. Whether it was the continued ban on cigarettes, the state of the public health system or how and when schools will be reopened, communication has been a shambles, honesty has been lacking and transparency and accountability non-existent.

Perhaps the most enlightening aspect of the court judgment was the chronicling of Dlamini-Zuma’s disinterest in the legal challenge. Return dates to file affidavits were repeatedly missed, and when court papers were filed it was done in the name of the director general instead of the minister.

When the director general was asked to explain the regulations and the state’s approach, it was done in a dismissive and half-hearted manner.

This government has for the last decade and more shown it most certainly cannot be trusted to make the right decisions. It must consistently be checked, corrected, kept honest and constitutionally sound.

Kennedy spoke of a government whose powers to act against its own people must be limited, where there is “no arbitrary imposition of pains or penalties by officials high or low”.

It’s a concept this government struggles with.

Stay healthy and entertained during the national lockdown. Sign up for our Lockdown Living newsletter. Sign up and manage your newsletters in the new News24 app by clicking on the Profile tab