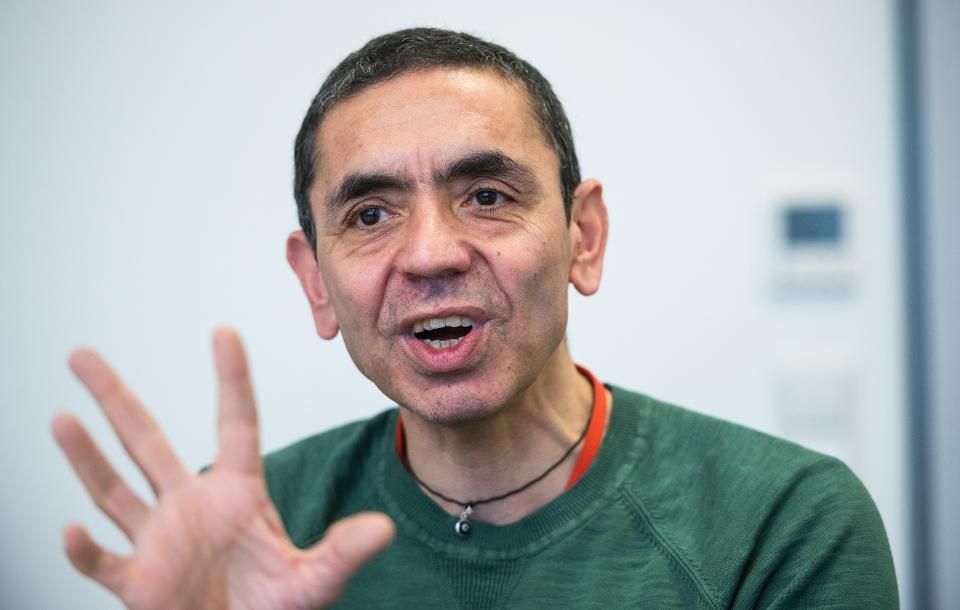 Last October, Uğur Şahin traveled from Germany to New York to launch the initial public offering of his decade-old biotechnology company with a message about its new and unproven technology. “We rely on the patient’s immune system,” Şahin said before ringing the opening bell at Nasdaq’s market site. “We want to activate the patient’s immune cells to identify, to detect, and eliminate tumor cells.”

Şahin’s scientific vision did not resonate with investors as much as he had hoped. BioNTech anticipated selling as much as $264 million of its shares in the IPO, but the company ended up raising $150 million, as it sold fewer shares at a lower price than it had proposed. The IPO still left BioNtech with a very healthy market valuation of $3.4 billion.

But the pandemic has changed investors’ view of BioNTech’s cutting-edge technology, particularly its messenger RNA platform that aims to turn the bodies’ cells into drug factories. BionNTech is currently dosing volunteers with its experimental mRNA COVID-19 vaccine and struck a collaboration deal to jointly develop it with American pharmaceutical giant Pfizer, hoping in a best-case scenario to make it available to some vulnerable populations in the fall.

Stock traders have reacted by bidding up BioNTech’s stock, which has more than tripled since the IPO, conferring a $11.5 billion valuation on the company. The ferocious stock run-up has boosted Şahin’s net worth to $2.1 billion, landing Şahin on Forbes’ list of billionaires for the first time.

A BioNTech filing with the Securities & Exchange Commission shows that in February Şahin owned 18% of BioNTech’s shares. In its IPO, BioNTech sold American Depository Shares as a foreign private issuer. While BioNTech’s post-IPO share lock-up for its officers and early shareholders has expired, Şahin has not made any securities disclosures since February, suggesting he has not sold his BioNTech shares, at least in a material amount. Given the nature of Şahin’s securities filings and BioNTech’s issuer status, he would need to make an SEC filing if he sold more than 2% of his shares.

That distinguishes Şahin from billionaire Stéphane Bancel and other executives of Moderna, the other publicly traded company developing an experimental COVID-19 vaccine using mRNA technology. Stat News reported last week that Bancel and the other top four executives at Moderna have sold $89 million of Moderna stock this year. In May, Moderna also conducted a $1.3 billion stock offering that was announced the same day the company released a snippet of positive data from its COVID-19 vaccine trial. BioNTech has not issued new shares to the public since the pandemic began.

At age 54, Şahin each morning rides his bicycle to BioNtech’s offices in Mainz, Germany. He has been completely focused on pushing forward a vaccine for COVID-19 as quickly as possible, people who know him say. In April, BioNTech started testing its COVID-19 vaccine candidate, BNT162, in 200 study participants in Germany. With the help of Pfizer, another 360 volunteers will be tested with BioNTech vaccines in the U.S. and the trial may swell to 8,000.

Pfizer has committed to spending about $1 billion to develop the vaccine in 2020, including manufacturing shots before their efficacy is known, and making the vaccine available as early as October to some vulnerable populations. It is far from a sure thing—no mRNA vaccine or treatment has ever been approved by U.S. or European regulators.

Born in Turkey, Şahin was raised in Germany, where his parents worked in a Ford factory. Trained as a doctor, Şahin became a professor and researcher focused on immunotherapy. He often collaborated in his work with his immunologist wife, Özlem Türeci, and together in 2001 they founded Ganymed Pharmaceuticals to develop monoclonal antibodies against cancer. Türeci would lead as CEO and the company was backed by billionaire identical twins Thomas and Andreas Strüngmann. Ganymed was acquired in 2016 by Astellas Pharma in a $1.4 billion deal.

Şahin founded BioNTech in 2008, again backed by the billionaire Strüngmann brothers. Türeci, who was running Ganymed, was for years a scientific adviser to the company and joined BioNTech as chief medical officer after Ganymed was sold.

Şahin built BioNTech to use immune-oncology to go after cancer in multiple fashions, launching more than 20 different development programs over the years. But BioNTech became best known for its work using messenger RNA to develop cancer vaccines, including a personalized one knowns as iNest. The idea was to make drug or vaccine factories out of human bodies and program cells to produce therapeutic proteins.

Along the way, BioNTech partnered with Pfizer on a flu vaccine and got financial backing from the Bill and Melinda Gates Foundation. But despite all the promise, BioNTech has yet to get any of its mRNA products approved for human-use in its first decade of existence, much like high-profile rival, Moderna Therapeutics.

But both Moderna and BioNTech were in a strong position to provide a potential solution to the coronavirus pandemic. Both companies are extraordinarily well-funded and well-connected. An mRNA approach also had the potential of dramatically shortening the development time of a COVID-19 vaccine.

On a weekend in January, Şahin read an article in The Lancet about the virus and predicted to Thomas Strüngmann that a pandemic was coming that would close the schools. “After the weekend he went on Monday to his team and although most of them were in oncology, he switched most of his team to the vaccine,” Strüngmann said in an interview.

By February, Şahin called Kathrin Jansen, the head of vaccine research and development for Pfizer. The two knew each other well because two years earlier BioNTech had partnered with Pfizer to develop an mRNA-based flu vaccine. Şahin told Jansen BioNTech had come up with vaccine candidates for Covid-19 and asked if Pfizer would be interested in working with him. “Uğur, you are asking?” Jansen replied. “Of course we are interested.”

By the middle of March, BioNTech announced “rapid progress” on its product candidate, BNT162, and its collaboration with Pfizer. The U.S. drug giant agreed to fund all the initial development and production costs, up to $1 billion that includes a $185 million upfront payment to BioNTech. Pfizer is also on the hook for another $563 million in payments to BioNTech if things go well. Pfizer is brining its massive manufacturing, regulatory and research capacity to the project. BioNTech’s stock soared, although it has since given up a big chunk of those early gains.

One thing that makes BioNTech’s partnership with Pfizer different than Moderna’s vaccine effort is that it does not rely on any government funding. Moderna is getting up to $483 million from the federal government’s Biomedical Advanced Research and Development Authority. Another unique aspect is the BioNTech partnership with Pfizer is testing four different vaccines, distinctive mRNA platforms. Researchers will closely monitor participant immunogenicity data, looking for the production of neutralizing antibodies, with an eye toward abandoning any of the four vaccines that do not produce them sufficiently.

Some on Wall Street have felt traders of BioNTech’s stock are getting overly optimistic. On March 20, for example, analysts at JPMorgan Chase suggested investors temper their enthusiasm, noting that BioNTech’s market capitalization had eclipsed many valuations of biotechnology companies with more than $1 billion in revenues.

That seems to be an accurate assessment. “The speed with which we were able to move from the start of the program to trial initiation speaks to the high level of engagement from everyone involved,” Şahin said in a statement in April.

Pfizer CEO Albert Bourla has accelerated the timeline for the potential COVID-19 vaccine, pushing Pfizer to try to be in position to apply for early use authorization from the Food & Drug Administration in October and produce 20 million doses by the end of the year. Vaccines normally take years to develop and making a safe and effective one can be extraordinarily difficult. At one point, Bourla was pressed by some at Pfizer to maybe not make the aggressive timeline public, but Bourla felt it was paramount to make Pfizer’s COVID-19 work fully transparent to the public amid a pandemic.

Bourla, who was born and raised in Greece, spoke to Şahin and the two agreed to share raki, an alcoholic drink popular in both their native countries, once a vaccine is successfully developed. “There is only one enemy,” Bourla said in an interview. “The virus and time.”