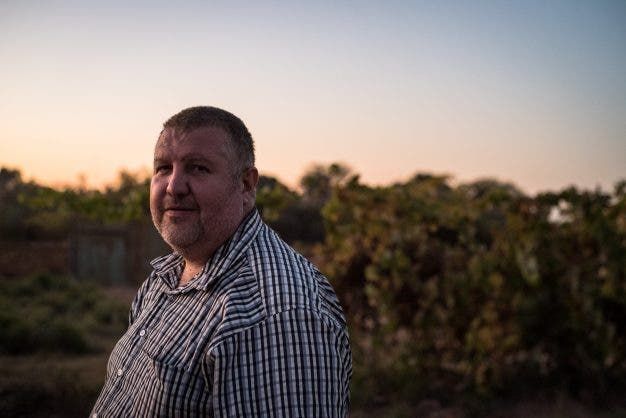 Reyno de Beer’s Liberty Fighters Network (LFN) on Tuesday won an urgent court application to have the lockdown regulations declared invalid. He said he was underestimated by the South African government.

Speaking to News24 a day after the high court in Pretoria ruled that the national lockdown regulations were “irrational”, unconstitutional and invalid, De Beer said the government either repeatedly ignored deadlines to file affidavits, or failed to respond to certain aspects of their arguments.

“It was like David taking on Goliath,” De Beer said, adding that his second name is David.

“We knew that we were underestimated from the beginning. We knew the government would have had an attitude to say: ‘Who are you to actually take on the government?’”

De Beer said he was compelled to challenge the lockdown regulations after LFN received a number of calls for assistance.

De Beer, 43, said he has no formal legal training. He started LFN in 2015 after gaining legal experience working for years as a sectional title manager.

The organisation, of which he is officially president but would rather like to be called “full-time volunteer”, helps “hundreds” of members and donors with legal issues around tenants, evictions and sectional titles.

It also previously opened a case of judicial misconduct, which was dismissed by the National Prosecuting Authority (NPA) then under Shaun Abrahams.

De Beer said the messages of requests for help started coming even before the lockdown started.

“You know, messages such as from a single mother who was a hairdresser, for example, to say that: ‘I don’t have food in my house, I’m starving. Me and my children are starving’,” De Beer said.

“You get another message from a tenant to say that he has just been thrown out by his landlord, and a couple of arm-breakers and the police are just basically standing; they did nothing about it.”

De Beer said the government could’ve done more to save lives from Covid-19, and to save the lives of ordinary South Africans “not to starve”.

The state should’ve considered adopting an approach such as Sweden, instead of adopting other European lockdown approaches, he said. (Sweden didn’t enforce a lockdown, and now has the highest Covid-19 death rate per capita in the world).

“The government could rather have safeguarded the elderly, and people at risk, rather than putting all of us in quarantine,” De Beer said.

“You cannot put billions into [fighting] one disease, while people with HIV/AIDS are now suffering, they are dying. It doesn’t make any sense.”

He said the regulations were completely “unreasonable”, and that ordinary South Africans were “treated as children”.

De Beer initially hoped the opposition parties in Parliament, particularly the DA and the EFF, would challenge the regulations, but was let down when they all agreed with the lockdown in a meeting with the president in March.

He said he thought the EFF, especially, would challenge the enforcement of evictions during the lockdown period.

The DA, he added, only challenged certain regulations after the LFN went up against the regulations in its entirety.

After repeatedly trying to speak to state officials about his concern with regard to the lockdown regulations, and contacting provincial police commissioners to express his worry over the heavy-handed response by police officials, he was ignored by all.

It was then that he decided to take the matter to court.

He approached Zehir Omar Attorneys after hearing that their bid to allow the Muslim practice of salah during the lockdown was dismissed by the high court.

In his ruling on Tuesday, high court Judge Norman Davis said the declaration of a national disaster in March was rational, but there were a number of instances where regulations were “not connected to the objectives of slowing the rate of infection”.

These included regulations around exercise, hairdressers and gatherings.

Davis gave the government 14 days to amend the regulations. He said the dangers of Covid-19 still exists, and “to create a regulatory void might lead to unmitigated disaster and chaos”.

Asked whether he believes the South African government will appeal the ruling, De Beer said he hoped not.

“It’s going to be a slap in the face of the people of South Africa,” he said, adding that the court ruled the government had violated people’s human rights.

Cabinet, in a short statement on Tuesday evening, said it “will make a further statement once it has fully studied the judgment”.

De Beer didn’t want to go into what he called “conspiracies” that the lockdown regulations was a factional battle between Cooperative Governance and Traditional Affairs Minister Nkosazana Dlamini-Zuma and President Cyril Ramaphosa.

“The facts say one entity said this is the way to go, just for another faction to change the stance days later. If that is not a clear factional dispute between the factions, then I don’t know what a dispute is,” he said.

De Beer was quick to add that he is not a smoker and does not consume alcohol.

The father of two daughters said he hoped the ruling would restore the “concept of the rainbow nation” in South Africa.

He said that, over the past 11 weeks, South Africans were forced to sell their possessions, such as TVs, to survive, or were unable to buy essentials, such as cellular data or medicine.

“We’ve suffered the same miseries, and we’ve got the same ideals, and the same things we’d like to see,” De Beer said.

“I truly hope this will lay the egg or the seed for something much better to come in the future.”