ANC lockdown is based on fear not facts. 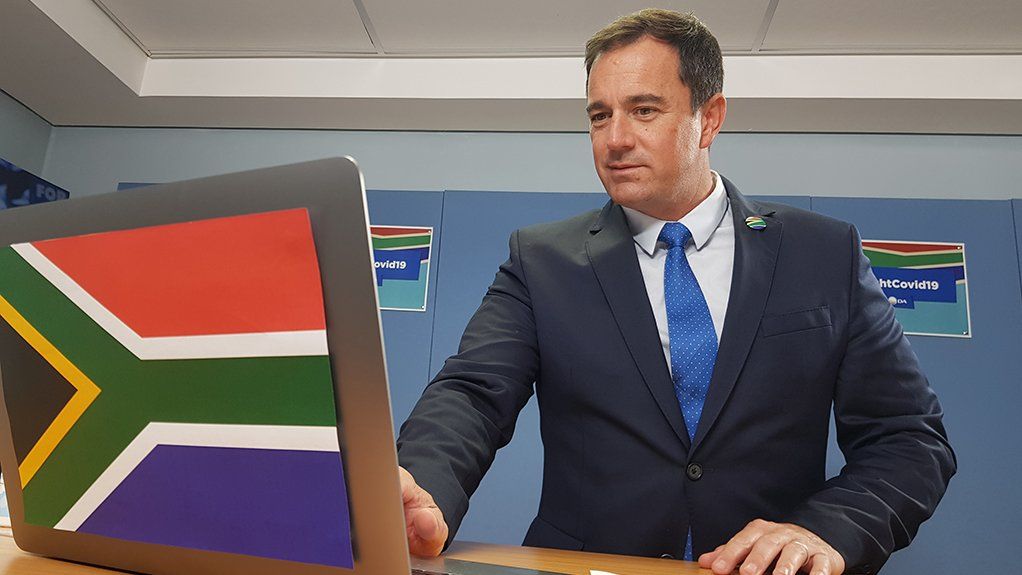 We’re ten weeks into the world’s longest and most damaging lockdown, and still the folly continues. On the cold facts alone it has been a terrible, unforgivable mistake.

President Ramaphosa should apologise to the nation and make good by reshuffling his cabinet to remove those ministers who have most compromised his government’s covid response. (COGTA Minister Nkosazana Dlamini Zuma, for her disingenuous handling of the tobacco ban issue; Ibrahim Patel for his irrational, petty economic regulations that have cost so many livelihoods unnecessarily; Police Minister Bheki Cele for encouraging the senseless violence exerted on citizens; Defence Minister Mapisa-Nqakula for her terrible handling of Collins Khoza’s death; Social Development Minister Lindiwe Zulu for attempting to ban NGOs from distributing cooked food to the hungry.)

But millions of South Africans are yet to see the lockdown itself for the huge mistake it is, because they’re gripped in a pandemic of fear. This fear set in before enough real data on the virus had come in, when lockdown could still be deemed a rational precaution.

The fear now is fueled by ignorance of the true nature and scale of the risk. So even as people break lockdown regulations because they need to feed their families, many continue to view it as a rational response.

This is as the ANC government would have it, hence they’ve made little effort to update people, and continue to withhold information which should be in the public domain. They are simply covering their own backs.

Armed with facts, people will be able to make better decisions in their own best interest, and they will be more likely to hold government accountable for lockdown’s socioeconomic devastation.

On the facts alone, the rational response to covid is to assist the high-risk group to shield, while the vast majority of South Africans get back to work, with reasonable safety protocols in place, to start rolling back hunger and producing the tax revenue necessary to fund health, education and social grants.

If our disingenuous government had a shred of concern for the ordinary person, they’d use their substantial platforms to reassure people that it is safe and sensible for non-high-risk individuals to get back to work and school, by giving them the facts.

Fact 1: Covid does not pose a significant risk to healthy 0-65 year-olds.

So says the US Centre for Disease Control and Prevention (CDC), whose best estimate for the fatality rate of symptomatic cases is 0.05% for those under 50 and 0.2% for 50-64 year-olds. One third (35%) of those infected experience no symptoms at all.

Putting this in context, which is how all risks must be assessed if we are to respond to them rationally, covid has a risk level similar to flu (0.1%) for those under 65.

Western Cape data show the overwhelming majority of covid-positive people who have died in the province have had one or more co-morbidities (additional diseases or conditions occurring with the primary medical condition). So vulnerable people must be shielded and we should all adhere to safety protocols (masks, sanitising, physical distancing).

In the UK, which is no longer at epidemic levels, the average age of those who’ve died is over 80, while 95% had serious co-morbidities. In both the UK and Italy, the average victim had three co-morbidities severe enough to be causes of death on a death certificate.

Despite repeated requests by the DA, the government is yet to share South Africa’s covid death data by age and co-morbidity, most likely because the facts show the lockdown to be wholly irrational.

Fact 2: The overall Covid risk to the population at large is comparable to many other risks.

The NICD (South Africa’s National Institute for Communicable Diseases) risk model, on which government’s decision to implement the lockdown was based, has still not been released for public scrutiny. But its latest projections are 40-45 000 deaths from covid this year.

For context, this is four average flu seasons in one, since flu kills an average 11 000 people a year in South Africa. And it is a lower risk than tuberculosis which kills around 60 000 people per year.

A mature government, acting in the country’s rather than the party’s best interest, would have admitted as much, taken their scientists’ advice, and called the whole thing off weeks ago. It would have been an embarrassing, but forgivable mistake.

Apologise and get out, as the saying goes.

But the ANC isn’t partial to admitting mistakes, and anyway lockdown suits the unionists and communists in their ranks. Public sector workers remain on full salary, while for communists lockdown is filled with revolutionary opportunity.

So the party has opted instead to hide or fudge the facts and play on people’s fears. But the fact remains, this extended hard lockdown has been the ANC’s costliest mistake yet. It will be measured in lives lost to South Africans and, if facts prevail over fear, in votes lost to the ANC.