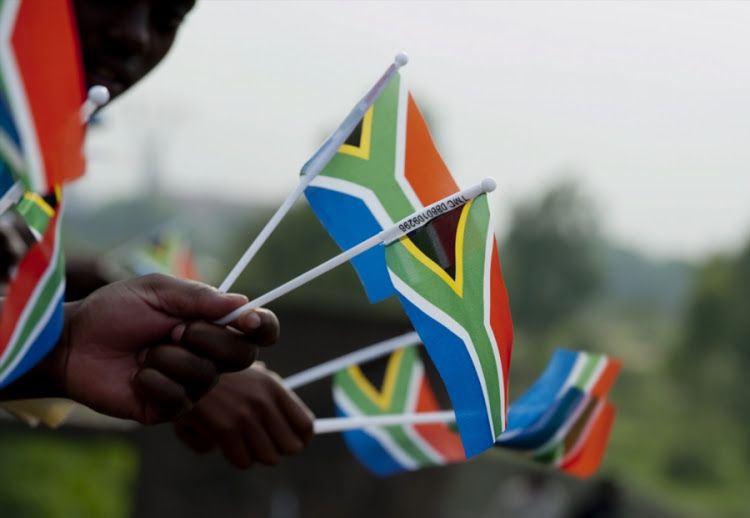 Over the past week South Africans got their first glimpse of the next socio-economic crisis that will soon hit our already battered society. Just like the needless destruction wrought by the hard lockdown crisis, and the decades of deliberate state capture and mismanagement that preceded it, this fresh looming disaster is at once entirely preventable and driven purely by the destructive political ideology of the current governing party.

After the lockdown crisis South Africans will face nothing short of a socioeconomic apocalypse triggered by the ANC’s final push for total state control over the economy. After decades of self-engineered decline through ever-expanding state control, the lockdown crisis has created the perfect juncture for the ANC alliance to fulfil its so-called National Democratic Revolution (NDR), aimed at extending the control of the party over all levers of power in society.

While this may sound like a radical warning to some, members of the ANC alliance have certainly never been shy about the true intentions of their ideological project. While the ink was still drying on the ballots cast in SA’s first democratic election in 1994, the ANC’s chief ideologue at the time, Joel Netshitenzhe, shamelessly admitted that state and economic capture would become official government policy, writing that “transformation of the state entails, first and foremost, extending the power of the NLM [national liberation movement] over all levers of power”.

In the decades since the ANC officially adopted policies such as cadre deployment to seize control of “all levers of power” in the state, while a raft of legislative changes gave government enormously destructive powers to intervene in the functioning of the private sector. Perhaps only with the exception of the halting economic liberalisation briefly enacted under the Gear policy, the past 26 years of ANC governance have not provided a shred of evidence that the party was ever prepared to walk away from its ideological obsession with ever-expanding state control.

Given the way in which excessive state control invariably crowds out personal liberty and economic prosperity while fanning the flames of corruption, SA has predictably been caught in a gradual and relentless downward spiral for many years. But as Hemingway famously wrote, bankruptcy happens gradually, and then suddenly.

The ANC triggered the lockdown crisis at precisely the moment our country could least afford it. With our economy already on its knees due to decades of ever-expanding state intervention, the irrational and brutal measures put in place under the world’s longest hard lockdown have suddenly left SA’s civil and private sectors weaker than at any moment since 1994.

During this lockdown crisis our country has been more viscerally confronted by the inevitable consequences of domineering state control than ever before. Millions of people are losing their jobs, thousands of businesses have been driven into the ground, and hunger and deprivation are set to skyrocket. It is clear for all to see that this suffering was engineered by a captured and incapable state that enforced excessive and irrational economic and social bans on our society.

But instead of recognising the deep pain and suffering caused by excessive state control, both during the preceding decades and under the lockdown, the ANC last week announced that it intends to actually double down even further on the destructive NDR ideology. Like a doctor who prescribes more poison to treat the symptoms of poisoning, the ANC’s prescription for an economy already poisoned by state intervention is to gleefully up the dose to fatal levels.

And without any sense of irony the person who enthusiastically announced his intention to trigger our economic apocalypse in the wake of the lockdown crisis was none other than President Cyril Ramaphosa himself. In a briefing to the South African National Editors’ Forum (Sanef) last week the man who conned so many people into believing that he would magically reform the ANC away from its ideological obsession with state control personally announced that the lockdown crisis gave his party the perfect “rationale to transform and restructure the economy” by, among other things, exploiting the Covid-19 pandemic to eliminate private health care in favour of the state-controlled national health insurance (NHI) scheme.

As always, Ramaphosa’s statement perfectly echoed the views contained in a leaked presentation from the ANC’s economic transformation committee, which was formally approved by the party’s highest decision-making body two weeks ago. Underpinned by talk of radical economic transformation, the plan openly admits that it is “informed by the imperative to achieve the goals of the shared strategy of the alliance, the NDR”.

To finish off the autonomy of SA’s private and civil spheres and complete the takeover by the corrupt state, the ANC plans to eliminate private health care, loot private pensions through prescribed assets and create a state bank and state pharmaceutical company. Alongside other stated goals, like the seizure of private property without compensation and the nationalisation of the Reserve Bank, it is now clearer than ever before that the ANC is utterly dead-set on destroying what is left of the SA economy.

It is time to be frank about the implications of this. SA is rapidly running out of time. If the scale of devastation caused by decades of state capture and the brutal lockdown crisis is not enough to convince the ANC of the folly of its ideological project to control every aspect of society, we must accept that nothing will ever dissuade them. To avoid the ultimate catastrophe we must also start believing Ramaphosa when he tells us over and over again that he is nothing but the glorified chief cheerleader for the ideology of total state control.

If we recognise now that the ANC views the lockdown crisis as its opportunity to finally seize total control over our lives and livelihoods, then we still have time to act to prevent the ANC apocalypse. Every person who wants a free and prosperous future for SA must now be seized with laying the groundwork for an unprecedented campaign of resistance against the four horsemen of the ANC apocalypse: prescribed assets, NHI, expropriation without compensation and the undermining of the Reserve Bank.

In board rooms, court rooms, on factory floors and in the streets, we must devote ourselves every day to the fight for a new ideological paradigm, where every decision made by the government is guided not by the lust for total power but by one central question: does a given proposal expand the power of private citizens to own and direct this economy, or does it empower our incapable state at the expense of the people?

This struggle — between the proven devastation of ever more state control and the vision of a new reality where private citizens are empowered over the state — will be the defining battle for the future of SA.

PrevPreviousSA’s lockdown: Ten cold facts to reckon with
NextHow do I care for someone with mild Coronavirus symptoms at home?Next