Fallible Fergusson and his fallacies vs myopic science. 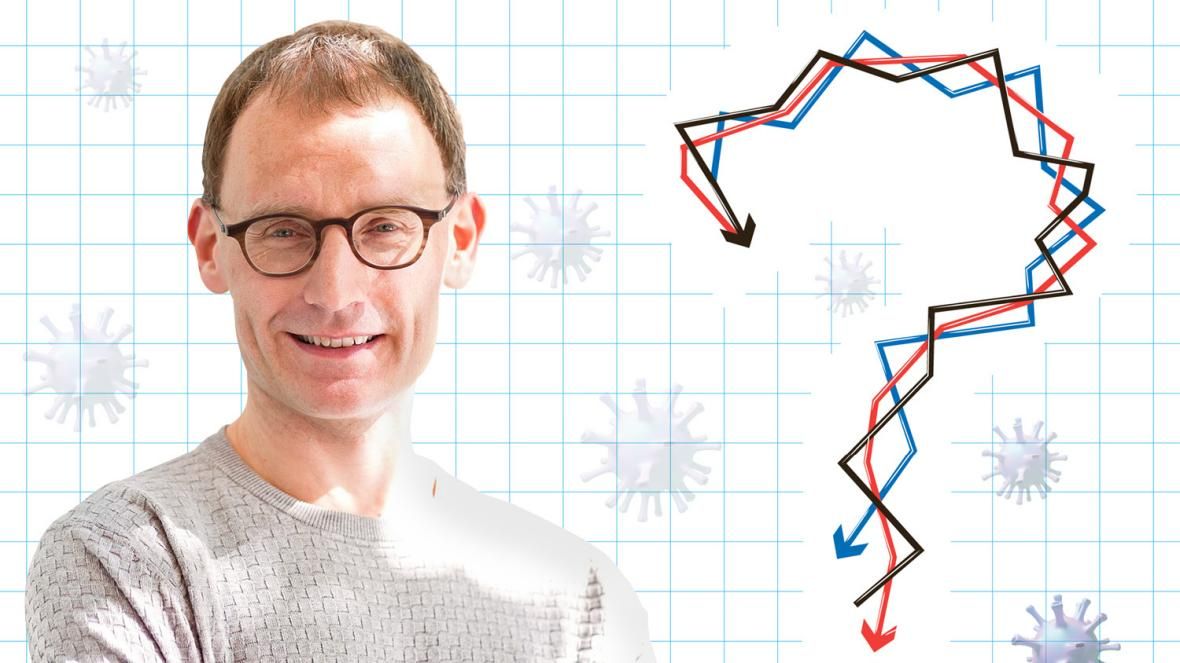 CoinDesk columnist Nic Carter is a partner at Castle Island Ventures, a venture fund based in Cambridge, Mass. that focuses on public blockchains. He is also the co-founder of Coin Metrics, a blockchain analytics startup.

One dramatic subplot in the COVID-19 saga was the sad tale of Neil Ferguson.

The British epidemiologist (no relation to the historian, who is lovely) rose to prominence in March with his landmark model for Imperial College London, which predicted 250,000 deaths in Britain and influenced lockdown policy in the U.K. and abroad.

Very quickly, he became a figurehead for the pro-lockdown scientific establishment. His star rose further once it emerged that he was suffering from the virus himself. The lockdown-acquiescent public saw him as a sort of Bruce Banner analogue, an ailing scientist suffering for his truth.

But it wasn’t long until our demure, bespectacled hero fell into disarray.

First, he revealed that his fêted model was a mess of undocumented spaghetti code, raising eyebrows among some in the scientific community seeking to replicate and audit his results. Then, it gradually became clear that his prognostications had been overly pessimistic, even for the much-afflicted U.K. To make matters worse, nations like Sweden, which didn’t impose a lockdown, failed to suffer the disastrous consequences that he had foreseen. The public began to sour on his model and its harsh lockdown stipulations. The criticisms began to stack up. And then, worst of all: he committed an unforgivable transgression by violating lockdown for a rendezvous with a married woman.

This turned him into a perfect scapegoat. An unaccountable member of the policy-making elite, handing down stipulations from on high, audacious enough to violate his own lockdown policy – for a tryst no less? You could hardly devise a better story to satisfy the public’s lockdown-induced lust for catharsis.

On the face of it, his sacrifice has been somewhat devalued, as tens of thousands march through London in close quarters with barely a mask in sight. But Ferguson’s sacking was never about protecting the public. It was about extracting a pound of flesh from the policy elite, as a revenge of sorts for locking down the public. We lost our jobs: how about yours? That’s skin in the game.

Now in the postscript of his career, the National Review asks, “Why did anyone ever listen to this guy?” This is a more interesting question than it might appear. Indeed, if you look at it, his track record is decidedly mixed. According to the Telegraph, he warned in 2001 that as many as 150,000 people could die from mad cow disease, a claim which led to the culling of 6 million livestock. In the end, only 200 Brits died. His “reasonable worst-case scenario” for the 2009 Swine Flu entailed 65,000 deaths in the UK. The fatality count was 457. In 2005, he predicted that the death toll from Bird Flu would be on the order of 200 million globally. The ultimate death toll: 282.

Now, all these predictions were clearly wide of the mark by several orders of magnitude. In this context, his rise to the upper echelons of the British public health policy establishment beggars belief. How to explain this apparent puzzle? I’d posit that there’s an alternative explanation. Maybe the professor’s overly pessimistic predictions were actually the point.

Imagine for a moment that the science really is as imprecise as it seems. Now let’s entertain the thought that the role of epidemiologists may not be actually to create accurate forecasts of diseases as they advance through society. That seems to be largely unknowable anyway. Instead, they act as a kind of societal immune response, reminding policymakers that we have to act now, even if the numbers themselves are fuzzy. You could even suppose that societies informed by overly pessimistic public health professionals tend to do better, in the long run, because disproportionate paranoia about pathogens better suits their fat-tailed nature.

With that in mind, a different historical reading emerges. Society’s anointed doomsayer, tasked with raising the alarm about pandemics, cries wolf for decades. He stays out of the spotlight because the costs of complying with his prescriptions are relatively low, and not borne by the public. And far from being punished for his predictions, he’s rewarded. After all, he’s shouldering the individual burden of taking on risk, and acting as a kind of policy white blood cell.

And then one day, the big one comes along, the 100-year pandemic that he has been waiting for. His prediction, like usual, is pessimistic: we have to act now or many will die. This is the apotheosis of his career; his chance to help society fend off a genuine public health disaster. But this time, things are different. The immense cost that his model demands of society causes a reprisal. His unreadable code becomes a public concern. Suddenly, his comfortable, pre-epidemic quiet life is broadcast in the papers. He is destroyed professionally and personally. The Great Big Pandemic that was meant to be his vindication ends up being his undoing.

This raises some uncomfortable questions. Could it have been any different? Could we realistically have expected the imprecise guesswork involved in epidemiology to accurately model out the trajectory of the virus in an informationally impoverished environment? Or do we instead select for epidemiologists who are pessimistic, because that’s their societally-ordained role?

Why were his overly pessimistic prior forecasts forgiven, when he paid the ultimate price for this one? Are the reprisals directed towards Professor Ferguson a proportional reaction to a poor projection, or are they instead rooted in more atavistic demands for penance from a public fed up with containment?

In the final analysis, the depth of the outrage reveals just how scandalized the public can become when trusted institutions are revealed to be less reliable than expected. Combine the shrugging off of his previous poor projections with the fact that epidemiologists were generally unable to forecast the disease’s trajectory with any reliability, and it can be posited that epidemiology, as practiced today, might be more of a pseudoscientific institution that seems to have more in common with augury than biology.

In this context, Ferguson’s legacy can perhaps be rehabilitated somewhat. Instead of this being a case of an unaccountable scientist run amok, what happened may instead have been societal rebuke to a doctrine of excessive precision – with Professor Ferguson’s career as the collateral damage.