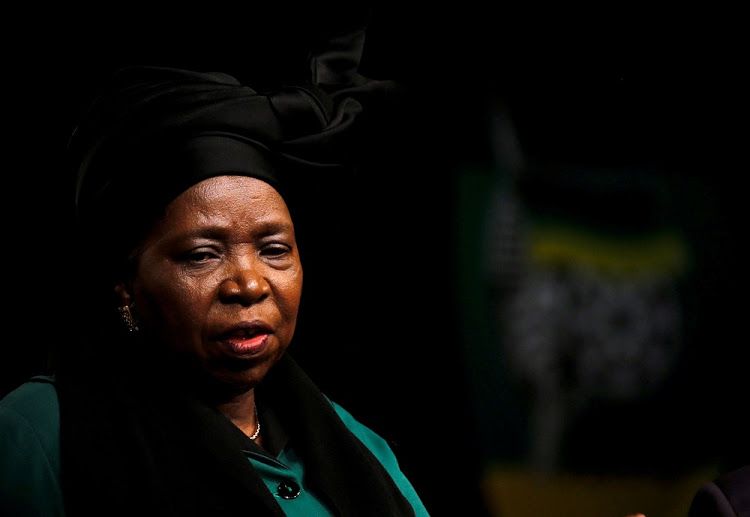 A psychiatrist’s analysis exposes how the government’s arguments include flawed estimates of how many SA smokers will get Covid-19, incorrect study references and false claims.

The government believes that banning cigarettes will force people to quit; that 95% of smokers do so successfully without help; and that smoking cigarettes makes contracting Covid-19 more likely.

These claims are part of the “scientific” reasons for banning tobacco contained in the government’s court papers. The trouble is, they’re simply not true.

The government and minister of co-operative governance & traditional affairs Nkosazana Dlamini Zuma were forced to provide reasons for the ban on tobacco sales by the Fair Trade Independent Tobacco Association (Fita), which has challenged the ban in court. The case starts this morning, in the judge’s chambers, and in court tomorrow.

In a supplementary affidavit provided for Fita, psychiatrist Mike West, who specialises in treating people with addictions, dismantles the government’s arguments.

West says people trying to stop smoking need support or licensed medication, and that the data shows that people “under significant stress” are twice as likely to fail in their quit attempts. (West was not paid for his work.)

But his analysis exposes how the government’s arguments include flawed estimates of how many SA smokers will get Covid-19, incorrect study references, false claims, outdated science from the 1990s, and studies cherry-picked to show the negative effects of smoking on Covid-19.

However, the World Health Organisation (WHO) itself says there is “no evidence” to show this. Instead, the WHO’s scientific brief on Covid-19 and smoking says the risk of smokers getting the disease, or of being more susceptible to landing up in hospital, has not been investigated. “There are currently no peer-reviewed studies that have evaluated the risk of SARS-CoV-2 infection among smokers,” it states.

One claim made by the government is that smokers are more likely to get Covid-19 because they move their hands to their mouths more often. West responds that anyone who eats also puts their hands near their mouths, and no evidence exists that repetitive hand-to-mouth actions are linked to more Covid-19 infections.

Elsewhere, the government references Asian studies that did indeed find worse outcomes among hospitalised smokers with Covid-19. West took the time to match the government’s scientific references and twice it quotes the wrong study to back up its claims. He fixes its citations.

One study done in China by Fei Zhou and printed in The Lancet, which the government cites, showed that there was no difference between the rates of death of smokers or nonsmokers. However, the government doesn’t quote that conclusion.

The government also argues that the lockdown has caused 88% of people to quit smoking, based on data from the Human Sciences Research Council (HSRC). However, a study done by University of Cape Town (UCT) researchers found that 90% of smokers surveyed obtained tobacco anyway during the lockdown, but on the black market.

The government says in its court papers that 95% of people who stop smoking don’t need any assistance, pharmaceutical or otherwise; this claim is based on a book it says was written in 2012.

However, West found that the book was actually written in 1990, when little medication to stop quitting was available.

“The author states that 95% of smokers who successfully quit have done so on their own without any support. It is worth noting that in 1990, the only available supports were counselling and nicotine gum, the latter of which is not often successful when used in isolation,” he says.

West says the known interventions to help people stop smoking were developed after the book was written.

“Nicotine patches were only introduced in the 1990s, and the medications bupropion and varenicline only received approval in 1997 and 2006, respectively … It is no wonder that 95% of patients quit without support — there simply wasn’t any support available in 1990,” he says.

Elsewhere, the government’s statistics seem shaky. It quotes the HSRC as saying that 1% of SA’s 8-million smokers will get Covid-19, which amounts to 80,000 people. Of these, it says, 10% – or 8,000 people – will need intensive care treatment. However, the HSRC provided no study to corroborate these numbers.

West says: “On further enquiry with Priscilla Reddy from the HSRC, I was informed [those] figures were, ‘conservative estimates that were guided by prevalence and infection rate studies such as the seroprevalence studies conducted in several countries and districts’”.

He says Reddy “did not elect to share or reference any of these studies”.

Yet those HSRC numbers contradict other models. For example, the SA Covid-19 Modelling Consortium estimates that about 4% of symptomatic patients will require intensive care — not 10%.

There were other noticeable errors in the government’s court papers. For example, it claims Israel banned cigarette sales during Covid-19 (it didn’t) and that SA has 4,000 ventilators (it doesn’t).

One area where West concedes there is some evidence is that smokers who do end up in hospital are more ill and are more likely to need a ventilator, as seen in Chinese studies.

But even here, the WHO cautions that the evidence is of poor quality, since the studies didn’t look to see if smokers who needed intensive care were also overweight, older, male or with uncontrolled diabetes – all known risk factors for Covid-19 complications.

West says the same: “The literature referenced in the response in support of these statements is either nonexistent, or of low to very low quality.”

He then explains that studies on smokers in intensive care are limited: “Some studies do not differentiate between current and past smokers, none of the data sets stratify smokers according to pack-year-history (a measure of quantity in duration of smoking).”

This matters, since newer studies appear to show that current smokers are less likely to die than former smokers from Covid-19, though no one knows whether or not this is just an anomaly.

Much of the government’s argument details the harm of tobacco and severely increased risk of lung cancer, heart disease, and low birth weight of babies born to smoking moms. This is not disputed by Fita.

But it is not clear what curbing these side effects of smoking have to do with controlling the spread of Covid-19 specifically.

While smoking is obviously bad for people, and it can lead to worse outcomes if smokers land in hospital with severe Covid-19, the government’s court documents appear to be a haze of outdated science, sloppy references and leaps of logic in contradiction to the WHO.

PrevPreviousThe ANC Want Your Pension, Your Savings And Your Property.
NextWhy ‘Covid-19’ is written on death certificates in spite of other ailmentsNext