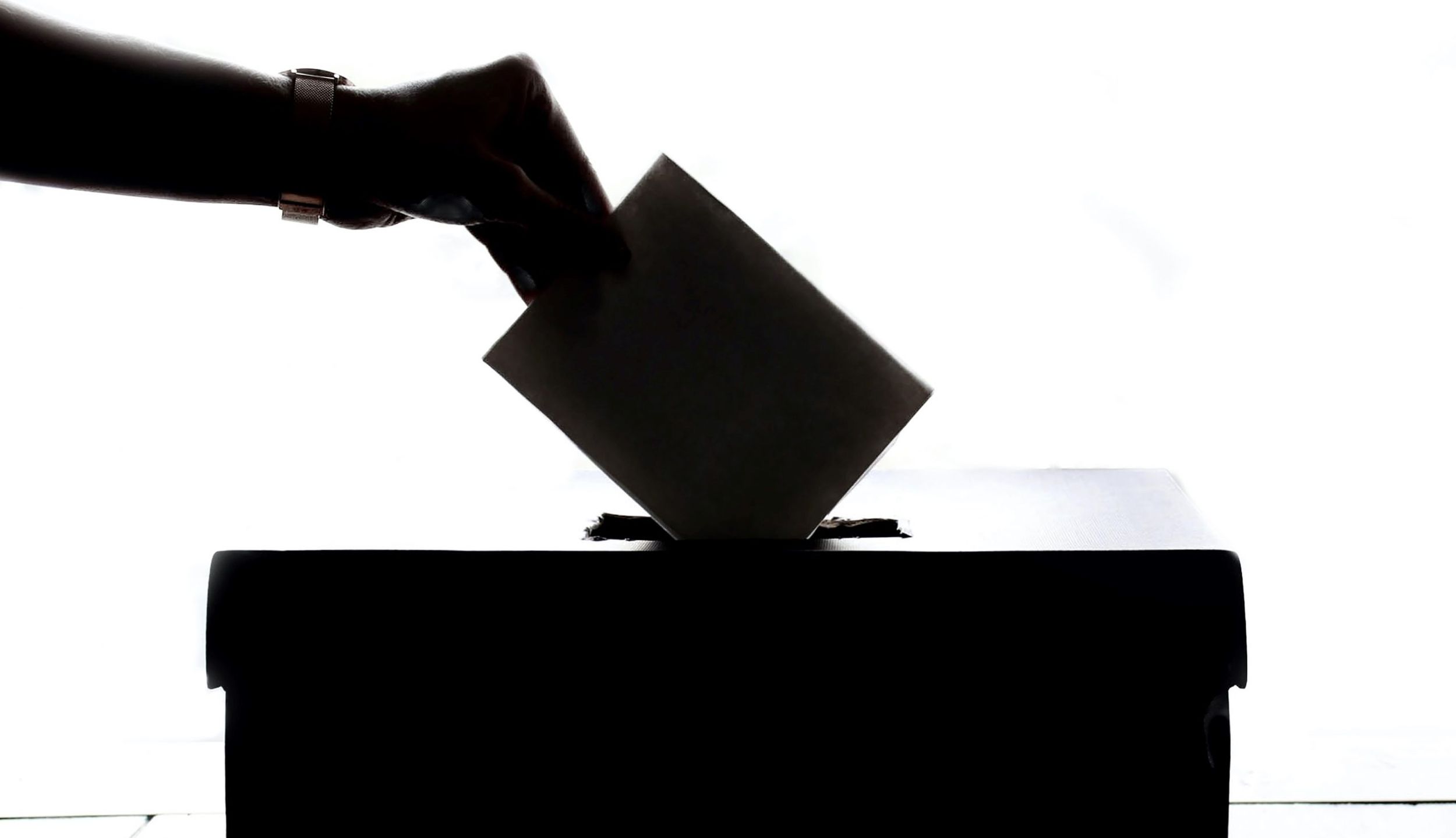 The ANC and EFF have agreed to jointly seek a postponement of the 2021 local government elections. They’re pushing for the elections to be consolidated with the national and provincial elections due to be held in 2024.

This would violate several laws, not least of which is section 159 of the Constitution, which limits the term of municipal councils to five years, give or take 90 days.

To understand why the two parties would want this, let’s turn to something Frans Cronjé, the CEO of the Institute for Race Relations, said during a media briefing on his new book, The Rise or Fall of South Africa.

‘Short of destroying democratic institutions and the rule of law, and inflaming racial nationalist sentiment and hysteria, there is little prospect now that the ANC can stave off eventual electoral defeat. Its defeat is an event that we have long advised clients to factor into their assessments of South Africa’s trajectory through the 2020s and into the 2030s.’

A scenario planner by trade, Cronjé uses his new book to build on four scenarios he developed in previous books.

The first scenario he calls ‘the rise of the right’, referring to the reformist elements in the ANC, who go on to establish a strong, authoritarian, capitalist state in the style of the Asian Tigers, in which constitutional rights and liberties have been eroded, but living standards are rising on the back of a deregulated labour market, weakened empowerment policy, secure property rights and a capable civil service.

The second is ‘the tyranny of the left’. It, too, features a strong government and erosion of rights and freedoms, but economic policy is redistributionist, the state exercises extensive control over the economy, foreign policy is protectionist and isolationist, racial tensions rise, and the economy continues its long-term decline, perhaps doing so quite rapidly, as we have seen in Venezuela and Zimbabwe.

The third is ‘the breakup’, in which the ANC fractures along its factional fault lines, resulting in a weak and ineffective state run by unstable coalitions. Policy confusion leads to economic stagnation, and rising tensions over poverty, inequality, and lack of service delivery lead to a sort of balkanisation of South Africa in which people retreat into enclaves based on racial, class or ethnic grounds.

The fourth he calls ‘the rise of the rainbow’. This harks back to the Mandela-era dream in which South Africans are united in building a free and prosperous country. In this scenario, either the Democratic Alliance (DA) assumes power, or forms a coalition with at least the reformist faction in the ANC, based on broad political common ground. The economy, led by the private sector, recovers strongly, living standards rise, popular dissatisfaction ebbs away, and radical politicians on both the right and the left are isolated.

Of these four scenarios, Cronjé believes the breakup to be the most likely. The next most likely scenario he believed to be the tyranny of the left. This scenario accords with the public pronouncements of ANC leadership on the party’s policy direction in recent months. It also matches the growing rapprochement between the ANC and its left-wing vanguard, the EFF.

My own view is that the tyranny of the left is more likely than the breakup, since the ANC, if threatened at the polls, will either reabsorb the EFF, or form a left-wing coalition with it.

Cronjé points out that ANC voters are largely pragmatists, who vote according to their material circumstances. In the first ten years of democracy, support for the ANC grew to a peak of almost 70% of voters in 2004, on the back of material improvements in the living conditions of the majority of voters.

By many measures, from infrastructure roll-out and service delivery to economic indicators and welfare provisions, the ANC had been tremendously successful, until about 2007. That changed with the 2009 election, however, and as the economy stagnated and unemployment rose, voter support for the ANC also dwindled, to an all-time low of 57.5% of the vote in 2019.

In his book, Cronjé identifies three ‘mega-trends’ that all work against a continued ANC majority. Its support among younger, urban, educated voters is significantly lower than among older, rural and uneducated voters. Only a third of South Africans are over 35, urbanisation is continuing, and education is improving.

On demographics alone, Cronjé believes that 2024 will be a close-run election, and 2029 will spell certain electoral defeat for the ANC.

The impact of the draconian economic lockdown, however, with sharply rising poverty levels and unemployment, likely accelerates this time line, so much so that Cronjé now says he believes the ANC may already have lost majority support.

It is in this context that we should view the move by the ANC and EFF to support the postponement of the 2021 local government elections.

It is unreasonable to suppose that a two-month interruption of work at the Independent Electoral Commission really necessitates a postponement of the election, as the parties argue, since it is still a good 14 months away.

However, the law does provide for the election to be held within 90 days of the fifth anniversary of the previous election, so there is scope for a delay to account for the lockdown. Instead of being held in early August 2021, elections could be held as late as early November of that year, without causing a constitutional crisis.

However, the ANC and EFF want the election to be postponed by three whole years. The obvious explanation is that they seek to escape a backlash at the polls, which seems certain with the economic catastrophe of lockdown still fresh in voters’ minds. A three-year cooling-off period would significantly strengthen the electoral prospects of the ANC, and perhaps also of the EFF, which strongly supported the lockdown.

To pass constitutional muster, it would be feasible to consolidate the national, provincial and municipal elections, but only by holding local elections in 2021, before holding new elections in 2024. A three-year term of office for municipal councillors is entirely legal. To extend the terms of councillors to eight years, however, would require an amendment to the Constitution.

This is consistent with one of the options Cronjé proposes for how the ANC could delay its inevitable electoral defeat, namely, by undermining constitutional safeguards, civil rights protections and the rule of law.

The second way to escape defeat, Cronjé argues, is for the ANC to replicate the success of its rule between 1994 and 2007. This would require reformists to take over the party, which seems implausible, at best.

Despite high hopes among the electorate, President Cyril Ramaphosa himself has shown little zeal for reform since he took over the party in 2018. The party is still dominated by what Cronjé calls the ‘securocrats’, or the legacy of the state-capture era, on one hand, and dogmatic socialist ideologues on the other. I would categorise Ramaphosa in the socialist ideologue camp, rather than in the reformist camp.

Moreover, any substantive change in policy requires the assent of a large number of people within the ANC, or even the votes of a majority of its branches. The internal structure of the ANC means it is not a ship that can turn on a dime, so the chances of economic reform from within the ANC are slim to zero.

My expectation, as I pointed out earlier, is that a socialist alliance comprising the ANC and EFF will remain in control of government even if the ANC itself loses its outright majority.

Cronjé points to another alternative, however, which is that a populist right-of-centre movement could arise, as it has in so many other countries, to oust the left-wingers from power.

This notion might be appealing in some ways, though not in others. I have yet to see anything remotely like a populist of substance who could lead such a movement. The closest thing on the right might be former Johannesburg mayor Herman Mashaba, who has expressed the requisite xenophobic and protectionist sentiments that might rally dissatisfied right-wing masses to his cause. Although he has announced his intent to form a political party, which for the most part looks fairly good on paper, he hardly seems to have the charisma and political instincts to lead a populist conservative movement.

It is also possible, albeit unlikely, that an ANC defeat, perhaps as early as the 2024 national elections, could bring a party with a mix of classical liberal and social democratic values, like the DA, to power. As a libertarian myself, I would welcome such a development, but I simply cannot see it happening on the scale that would be needed to outflank the combined socialist alliance of the ANC and EFF.

If the ANC and EFF’s efforts to undermine the Constitution and the rule of law succeed, that makes all this speculation moot, and virtually guarantees an authoritarian socialist government in future.

The move to escape the electoral consequences of more than a decade of corruption and mismanagement, capped by the disastrous lockdown, by postponing the local elections and consolidating them with the national and provincial elections on 2024, is another sign of the lengths the ruling party and its political allies will go to in order to cling to power.

Expect the fight against democratic rule to intensify as the reality of the post-lockdown crisis and its implications for the ANC’s electability begin to dawn.