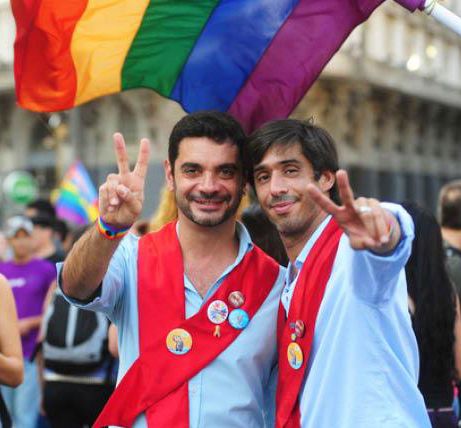 Quiros and Dunia Araya were the first same-sex couple to marry in Costa Rica, as marriage equality became legal in the country.

It took a while. In 2016, Costa Rica requested that the Inter-American Court of Human Rights interpret the right to privacy and the right to equal protection under the American Convention on Human Rights. In a landmark 2017 opinion, the Inter-American Court of Human Rights stated that all rights applicable to heterosexual couples should extend to same-sex couples. Then, in 2018, the Costa Rican Constitutional Court followed that opinion and ruled in favor of marriage equality.

This day did not come without a fight. Same-sex marriage divided voters in Costa Rica’s 2018 presidential race, when a right-wing evangelical candidate pledged to ignore the Inter-American opinion. He lost the election, but not without polarizing Costa Rican society. Early this month, lawmakers even came to blows around a legislative motion to delay the constitutional court’s 2018 ruling.

But today is a day for celebration. Costa Rica joins 28 other countries around the world in providing access to marriage for same-sex couples, and advances marriage equality in Latin America, joining Argentina, Brazil, Colombia, Ecuador, and Uruguay. In Mexico, 18 states and the federal district have marriage equality, while in the other 13 states, same-sex couples can marry but need a court injunction.

Costa Rica should serve as an example to its Central American neighbors, where the rights of lesbian, gay, bisexual, and transgender (LGBT) people remain more embattled. In Guatemala, for example, a bill in congress seeks to keep same-sex marriage illegal. In Panama, legislators proposed a constitutional amendment in October 2019 that defines marriage as between a man and a woman.

Beyond Central America, Costa Rica’s path to marriage equality can inspire engagement with human rights law and its institutions. Since its 2016 request to the Inter-American Court, the country has demonstrated a commitment to the spirit of human rights principles in this area and the dignity of its LGBT citizens.