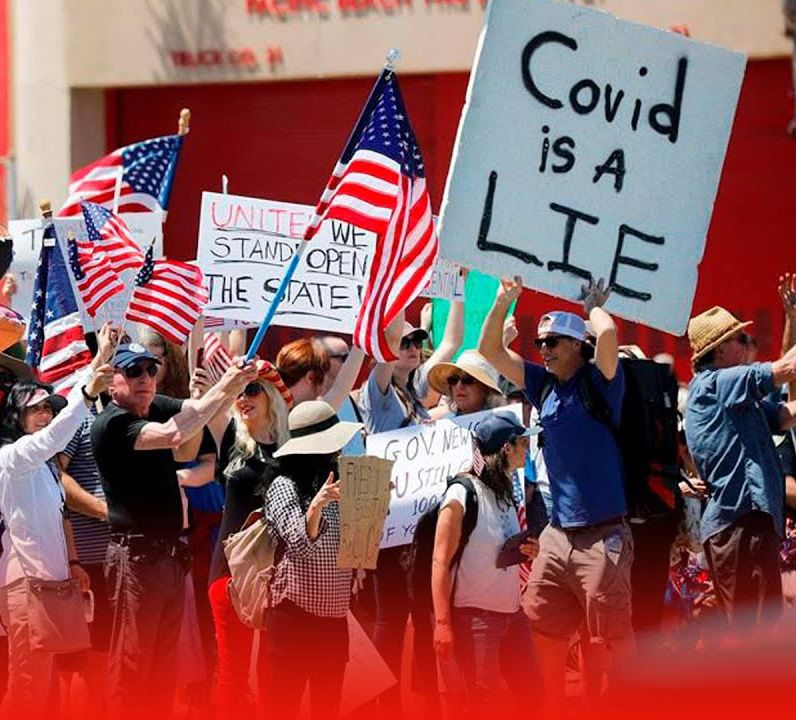 Our governmental COVID-19 mitigation policy of broad societal lockdown focuses on containing the spread of the disease at all costs, instead of “flattening the curve” and preventing hospital overcrowding. Although well-intentioned, the lockdown was imposed without consideration of its consequences beyond those directly from the pandemic.

The policies have created the greatest global economic disruption in history, with trillions of dollars of lost economic output. These financial losses have been falsely portrayed as purely economic. To the contrary, using numerous National Institutes of Health Public Access publications, Centers for Disease Control and Prevention (CDC) and Bureau of Labor Statistics data, and various actuarial tables, we calculate that these policies will cause devastating non-economic consequences that will total millions of accumulated years of life lost in the United States, far beyond what the virus itself has caused.

Pandemics have afflicted humankind throughout history. They devastated the Roman and Byzantine empires, Medieval Europe, China and India, and they continue to the present day despite medical progress.

The lost economic output in the U.S. alone is estimated to be 5 percent of GDP, or $1.1 trillion for every month of the economic shutdown. This lost income results in lost lives as the stresses of unemployment and providing basic needs increase the incidence of suicide, alcohol or drug abuse, and stress-induced illnesses. These effects are particularly severe on the lower-income populace, as they are more likely to lose their jobs, and mortality rates are much higher for lower-income individuals.

Statistically, every $10 million to $24 million lost in U.S. incomes results in one additional death. One portion of this effect is through unemployment, which leads to an average increase in mortality of at least 60 percent. That translates into 7,200 lives lost per month among the 36 million newly unemployed Americans, over 40 percent of whom are not expected to regain their jobs. In addition, many small business owners are near financial collapse, creating lost wealth that results in mortality increases of 50 percent. With an average estimate of one additional lost life per $17 million income loss, that would translate to 65,000 lives lost in the U.S. for each month because of the economic shutdown.

In addition to lives lost because of lost income, lives also are lost due to delayed or foregone health care imposed by the shutdown and the fear it creates among patients. From personal communications with neurosurgery colleagues, about half of their patients have not appeared for treatment of disease which, left untreated, risks brain hemorrhage, paralysis or death.

Here are the examples of missed health care on which we base our calculations: Emergency stroke evaluations are down 40 percent. Of the 650,000 cancer patients receiving chemotherapy in the United States, an estimated half are missing their treatments. Of the 150,000 new cancer cases typically discovered each month in the U.S., most – as elsewhere in the world – are not being diagnosed, and two-thirds to three-fourths of routine cancer screenings are not happening because of shutdown policies and fear among the population. Nearly 85 percent fewer living-donor transplants are occurring now, compared to the same period last year. In addition, more than half of childhood vaccinations are not being performed, setting up the potential of a massive future health disaster.

These unintended consequences of missed health care amount to more than 500,000 lost years of life per month, not including all the other known skipped care.

If we only consider unemployment-related fatalities from the economic shutdown, that would total at least an additional 7,200 lives per month. Assuming these deaths occur proportionally across the ages of current U.S. mortality data, and equally among men and women, this amounts to more than 200,000 lost years of life for each month of the economic shutdown.

In comparison, COVID-19 fatalities have fallen disproportionately on the elderly, particularly in nursing homes, and those with co-morbidities. Based on the expected remaining lifetimes of these COVID-19 patients, and given that 40 percent of deaths are in nursing homes, the disease has been responsible for 800,000 lost years of life so far. Considering only the losses of life from missed health care and unemployment due solely to the lockdown policy, we conservatively estimate that the national lockdown is responsible for at least 700,000 lost years of life every month, or about 1.5 million so far — already far surpassing the COVID-19 total.

Policymakers combatting the effects of COVID-19 must recognize and consider the full impact of their decisions. They need to be aware of the devastating effects in terms of lost life from shutting down significant parts of the economy. The belated acknowledgement by policy leaders of irreparable harms from the lockdown is not nearly enough. They need to emphatically and widely inform the public of these serious consequences and reassure them of their concern for all human life by strongly articulating the rationale for reopening society.

To end the loss of life from the economic lockdown, businesses as well as K-12 schools, public transportation, parks and beaches should smartly reopen with enhanced hygiene and science-based protection warnings for any in the high-risk population. For most of the country, that reopening should occur now, without any unnecessary fear-based restrictions, many of which repeat the error of disregarding the evidence. By following a thoughtful analysis that finally recognizes all available actions and their consequences, we can save millions of years of American life.

When the next pandemic inevitably arises, we need to remember these lessons and follow policies that consider the lives of all Americans from the outset.

Scott W. Atlas is a physician and senior fellow at Stanford University’s Hoover Institution. Follow him on Twitter @SWAtlasHoover.