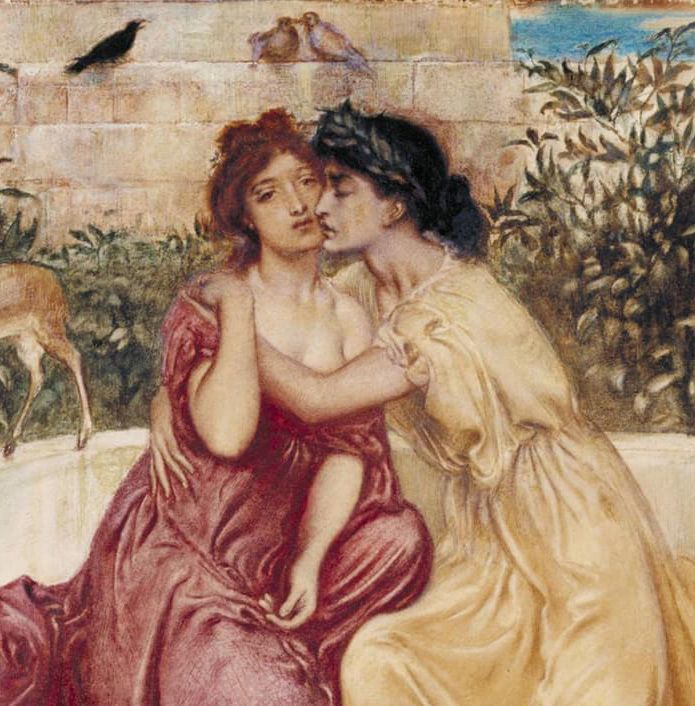 In a small, delicate watercolor from 1864, the Archaic Greek poet Sappho embraces the poet Erinna, their lips nearly touching. Sappho’s longing is plain on her face, while Erinna, heavy-lidded, eyes the viewer, her dress slipping off her shoulder.

The painting, “Sappho and Erinna in a Garden at Mytilene,” is likely one of the first depictions of same-sex female desire made for a gallery-going audience in the West, and the painter Simeon Solomon, was a gay Jewish artist living in Victorian England whose work has been nearly forgotten.

Solomon, who was associated with the 19th century Pre-Raphaelite movement, had his career cut short when he was arrested twice for same-sex liaisons with men (in 1873 and 1874), at the apogee of his fame, and it tragically changed the course of his life.