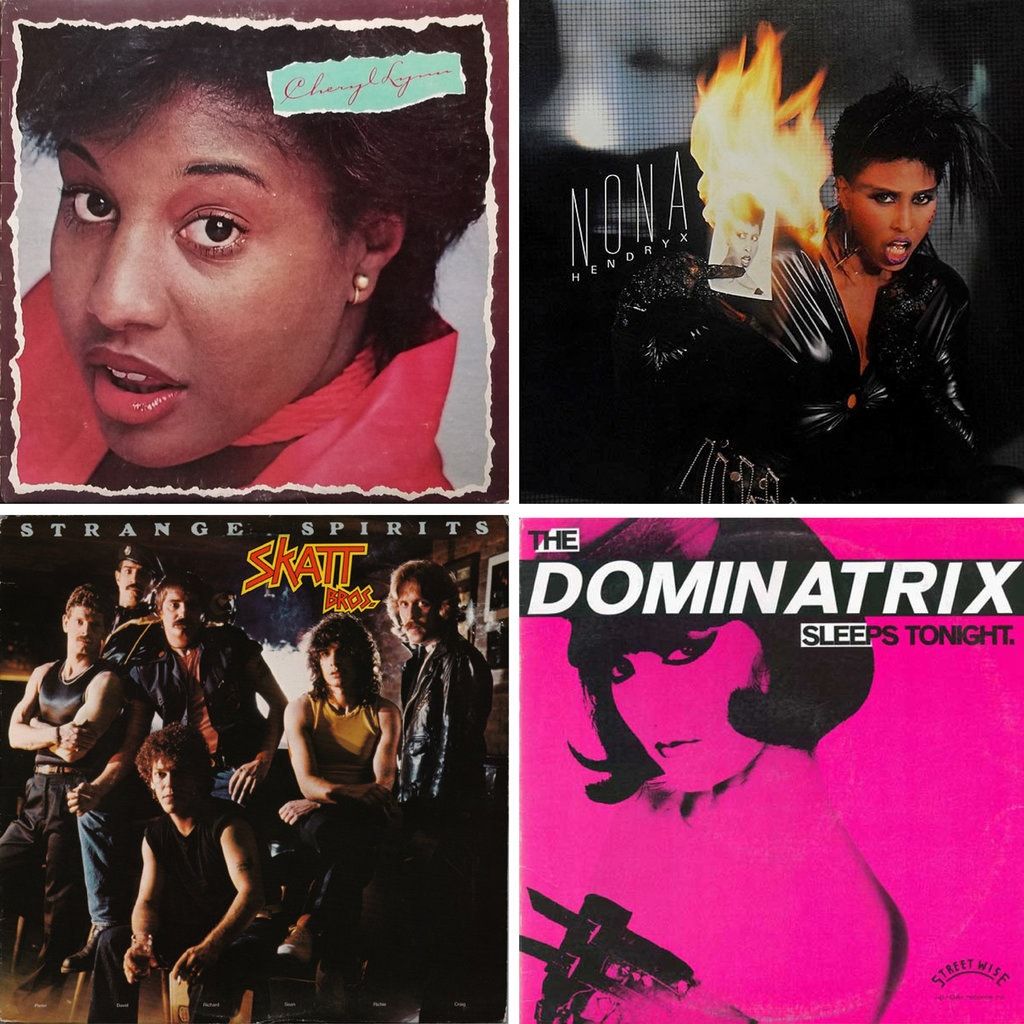 During this fertile period the way revelers received dance music — and what was considered dance music — shifted as new kinds of spaces geared toward L.G.B.T.Q. participants multiplied.

Constrained and faddish during the 1960s, D.J.-led dance culture discovered its kinetic, kaleidoscopic potential in the space of a few transformational months in early 1970. Two key party spaces — the Loft and the Sanctuary — positioned New York City at the epicenter of the new phenomenon as countercultural revelers flung themselves into a dynamic, participatory and expressive ritual that made Woodstock seem conservative. The age-old convention that social dance should revolve exclusively around straight couples imploded.

L.G.B.T.Q. participants played a pivotal role, shaping a culture with a queer potential open to anyone who ventured into its vortex. The act of entering a darkened space, dancing to amplified music and becoming part of an undulating crowd — often for hours on end, often under the influence of perception-enhancing substances — disturbed the everyday consciousness of participants, including those who identified as straight. Eroticism became an all-body experience. The boundaries of the self loosened.

Music was the key that opened the door. Early on, musicians weren’t aware of the popularity of certain recordings in New York City’s under-the-radar party spaces, where meanings were casually appropriated. Yet as D.J.s asserted themselves as tastemakers, the dynamism of the culture along with its commercial potential persuaded labels and their artists to release recordings designed for dance-floor play. A panoply of fresh sounds started to circulate.

These 15 selections resonated with particular force during New York’s long run as the pre-eminent center for dance culture in the 1970s and ’80s — an epoch that started to falter when AIDS, along with policies introduced by Ronald Reagan and Rudolph Giuliani, weakened the city’s party network.

When the new owners of the Sanctuary, located at 43rd Street and 9th Avenue in Manhattan, became the first to welcome L.G.B.T.Q. dancers into a discothèque in early 1970, the D.J. Francis Grasso, who held on to his position, responded by introducing a fresh set of records. One of them, the Nigerian drummer Babatunde Olatunji’s “Gin-Go-Lo-Ba (Drums of Passion),” had recently been covered as “Jingo” by the rock guitarist Santana. “You needed a crowd that was limber enough,” Grasso told me in a 1997 interview. “Straight people were clumsy and had no rhythm, whereas gay men were right on. They moved their hips, their bodies, and their arms, and the faster the music got the crazier they reacted. I didn’t want to play Olatunji until I had an audience for it.”

David Mancuso, who started to host utopian, invite-only house parties (soon called the Loft) on Valentine’s Day 1970, enjoyed selecting long records that would encourage his dancers to lose themselves in the music, leaving behind their everyday selves. “Girl You Need a Change of Mind” foregrounded an uplifting groove, build-and-break crescendos and Eddie Kendricks’ beckoning falsetto. Mancuso’s crowd, which included many gay men of color, bellowed out the chorus, refiguring the song’s addressee as a new kind of girl.

D.J.-led dance spaces that were exclusive to gay men — usually white, middle-class gay men — started to open in Manhattan in late 1972. By 1975, Flamingo and 12 West held sway. When their D.J.s selected “Free Man” by South Shore Commission, a spirited disco track produced by Bunny Sigler at Sigma Sound Studios in Philadelphia, they didn’t hear the male and female vocalists arguing about freedom, as intended, but instead a declaration of queer rights. It helped that the mixer Tom Moulton inadvertently deepened the female voice when he slowed down the original for his extended disco mix.

The first record to feature lyrics about being an out-and-proud gay man came from the musical performer Charles “Valentino” Harris, who released “I Was Born This Way” as an apparently one-off release on Gaiee. “I’m happy, I’m carefree and I’m gay,” the singer hollers over soulful instrumentation. Motown distributed the record, and two years later its label head Berry Gordy arranged for the gospel vocalist Carl Bean to deliver a cover; it later inspired Lady Gaga’s Pride anthem “Born This Way.” Valentino isn’t credited.

Dr. Buzzard’s Original Savannah Band became one of the surprise breakthroughs of the disco era when the lineup’s half brother leaders, Stony Browder and August Darnell, integrated big band, cha-cha, calypso, rumba and swing into disco’s spiraling, open-ended matrix on their eponymous debut album. RCA wasn’t sure what to do with the release, but New York City’s D.J.s didn’t hesitate. Sharon White, the resident D.J. at Sahara, New York’s first upfront lesbian discothèque, especially appreciated the double-entendre potential of “Cherchez la Femme.” “The lyrics were perfect,” she told me in June.

Gay male dance crowds were drawn to recordings that featured Black female vocalists, often identifying with their emotional expressiveness and strength in the face of adversity, often to the surprise of the artists, who were usually gospel-trained. A pioneering representative, Gloria Gaynor was crowned the first queen of disco by gay D.J.s in a ceremony at the midtown Manhattan discothèque Le Jardin in 1975. Two years later, Donna Summer became disco’s first cyborg princess when she released “I Feel Love,” a Giorgio Moroder-produced futuristic track that foregrounds Moog electronics alongside Summer’s spaced-out, wailing vocals. Articulating the otherworldly, fluctuating, polymorphous eroticism of the 1970s dance floor, the track proposed that everyone could experience a form of nighttime queerness, regardless of their day-to-day sexuality.

The Harlem drag ball scene — described by the social activist and writer Langston Hughes as “the strangest and gaudiest of all Harlem’s spectacles in the 1920s” — fragmented along racial lines in the early 1960s when Black queens became tired of having to “whiten up” if they wanted to have a chance of winning any in-house beauty contest. By the early 1970s, Black drag houses started to multiply and soon outstripped their white counterparts in terms of glamour, style and popularity. As contests expanded, categories multiplied and competition intensified, with prizes awarded to entrants whose drag was the most believable, the most real. Released in 1978, Cheryl Lynn’s feisty, upbeat disco track “Got to Be Real” became an instant ballroom classic.

The Los Angeles-based rock-disco outfit the Skatt Bros. struck gold with their first release, “Walk the Night,” an explicit anthem about cruising and S&M. The track became a favorite at Flamingo’s annual Black Party, which doubled as a leather/sex-themed event, and subsequently at the Saint, where the D.J. Roy Thode selected the track during the venue’s 1981 Black “Rites” Party. Robert Mapplethorpe created the poster for the event.

The Iowa-raised cellist, composer and vocalist Arthur Russell was already defining a new form of genre-bending musicianship before Allen Ginsberg became his first male lover. Subsequently enthralled by the energy and financial autonomy of downtown’s L.G.B.T.Q.-friendly private party network, Russell recorded a series of queer-themed 12-inch singles that were deliberately oblique so as to conceal their illicit meanings from his somewhat conservative parents. “Is It All Over My Face?” had an explicitly sexual title, yet took on another meaning when the Paradise Garage D.J. Larry Levan introduced the zigzagging, freakish vocals of Melvina Woods — cut from the “Male” original — into his remix.

The German operatic soprano Klaus Nomi gravitated to downtown-art-scene spots such as Mudd Club, Club 57 and Danceteria soon after arriving in New York, conscious that these venues styled themselves in opposition not only to the to the plastic glamour of midtown but also the muscled, clone-inclined disco culture of venues like Flamingo and the Saint. On “Nomi Song,” his preposterous combination of opera, electronics, new wave, rock and pop combined with his pale, paranormal presence dislodged the expected. He died of complications from AIDS, in 1983.

Patrick Cowley forged his reputation as one of the world’s most progressive synthesizer players during recordings with the disco pioneer Sylvester, including “You Make Me Feel (Mighty Real),” perhaps the ultimate gay male anthem. Stretching out beyond disco, he recorded the sleazy “Mutant Man” the same year he made the soundtrack for the pornographic movie “Afternooners,” which was released by Dark Entries in 2017. He died of complications from AIDS in 1982.