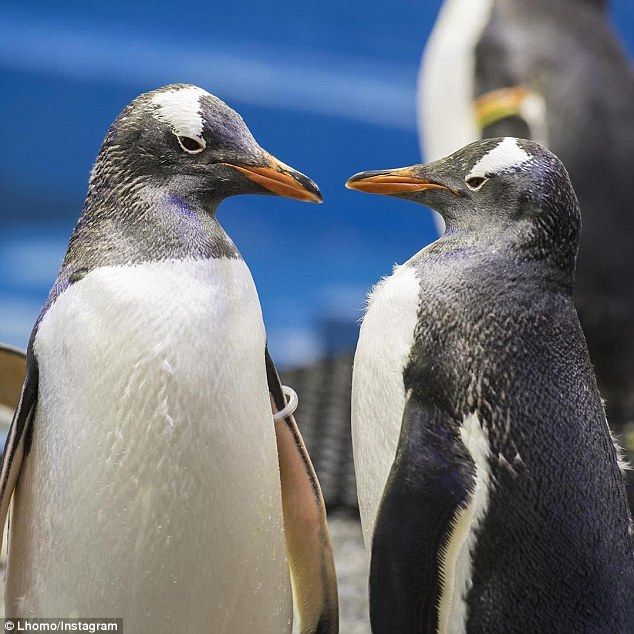 It’s breeding season at Sydney Aquarium and this year the same-sex penguin couple, Sphen and Magic, have been given a dummy egg to look after.

The pair (fondly known by aquarium staff as Sphengic) began developing a strong bond last year and have now become inseparable, spending all their days swimming together.

As the mating season approached, Sphen and Magic followed the lead of their Gentoo penguin pals and started building a nest out of pebbles – bringing each other special ‘love pebbles’ as gestures of their affection.

But because they aren’t able to produce their own egg, caretakers decided to give the pair a dummy egg they could practise keeping warm.

Since being given the egg, the pair have been swapping duties daily – while one incubates, the other patrols the perimeter of the nest.

They have proved such naturals that the team at Sea Life Sydney have now fostered a real egg to them from another penguin couple that had two.

In a statement detailing their progress as parents, the staff say: “Whilst Sphen is older and is excellent at incubating, Magic is younger and still mastering his skill. The pair make a great team.”

Guests to the aquarium can see the parenting penguins for themselves.