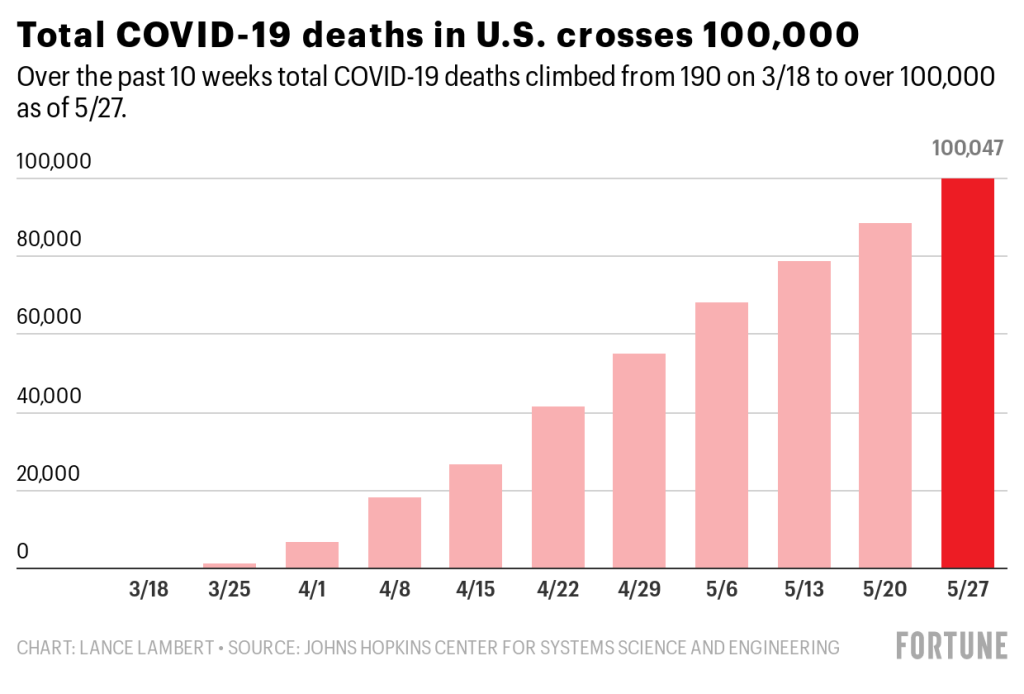 COVID-19 presents many unknowns – and why the populations of 11 wealthy developed countries in Western Europe and North America experience the world’s deadliest mortality rates remains a mystery.

In the absence of a widely available vaccine, resolving that mystery may prove instructive on deciding how best to address this pandemic and those likely to occur in the future.

Just five countries account for nearly two-thirds of all COVID-19 deaths: The US, followed by the UK, Italy, France and Spain.

The US, representing 4 per cent of the world’s population, accounts for 28 per cent of global COVID-19 deaths and 29 per cent of reported coronavirus cases.

In striking contrast, China and India, each representing 18 per cent of the world’s population, account, for 1 per cent each of all COVID-19 deaths worldwide and 1 per cent and 3 per cent, respectively, of reported cases.

An initial explanation for the large differentials in COVID-19 mortality rates among countries emphasised differences in sampling and national reporting. Some public health analysts initially suspected that many governments underreported and undercounted deaths.

Some governments may have deliberately underreported COVID-19 deaths for political reasons. For example, while its neighbours report thousands of coronavirus infections and hundreds of resulting deaths, North Korea reports zero cases.

In other countries, undercounting of COVID-19 deaths was largely a combination of misdiagnosis, testing shortages and shortcomings in the collection and reporting of vital statistics.

Most countries, with Belgium the notable exception, report only those COVID-19 deaths that take place in hospitals or when a test confirms coronavirus infection.

In many countries, including the US, Indonesia and Mexico, deaths and burials proceed with no testing of the deceased to determine infection.

Most observers conclude that COVID-19 deaths have indeed been underreported. However, comparative analyses of available data suggest that this is an unlikely explanation for the deadliest COVID-19 rates.

Surprisingly, in contrast to their high COVID-19 death rates, the top 11 countries have achieved comparatively low overall mortality rates. Life expectancies at birth are about 10 years higher than those of less developed countries and nearly 5 years higher at age 60.

COVID-19 deaths are heavily concentrated among the elderly, especially those in long-term care facilities. In the US and Sweden, for example, those over age 65 account for no less than 80 per cent of the coronavirus deaths.

With this in mind, public health analysts initially theorised that comparatively older age structures of countries offered an explanation.

Reported data, however, are not consistent with that explanation. A simple comparison of Italy and Japan, two countries with similar age structures and high life expectancies, finds Italy’s COVID-19 death rate close to 80 times greater than Japan’s, 551 versus 7 deaths per million, respectively.

Another proposed explanation for deadliest COVID-19 rates targeted high levels of population density and urbanisation. Again, available data do not support that proposition.

Countries with similar or higher population densities, such as Israel, Japan, Republic of Korea and Singapore, have substantially lower COVID-19 death rates than the countries with the deadliest rates.

Similarly, while New York, Paris and London are devastated, other large metropolitan areas such as Bangkok, Baghdad, New Delhi and Lagos are substantially less affected.

Germany’s death rate, for example, is about a quarter of the rate of France and the Netherlands. The death rate in Iran is nearly 20 times larger than Iraq’s rate, 93 versus 5 per million population.

However, some countries that avoided nationwide lockdowns and social-distancing requirements, such as Myanmar and Cambodia, report comparatively low death rates.

One possible explanation is that the coronavirus arrived in those places at a later date and death rates may still rise.

In addition, several European countries, such as Sweden and to a lesser extent the Netherlands, perhaps aiming to achieve “herd immunity,” minimised restrictions, banning gatherings of 50 or more, yet permitting restaurants and bars to remain open while relying on citizens to self-regulate.

To date, those countries have achieved lower COVID-19 death rates than countries with more stringent lockdowns and social-distancing measures, such as Belgium, Italy and Spain.

Sweden reports that by the beginning of May more than a quarter of the 2 million people residing in the country’s capital, Stockholm, had been infected by the coronavirus.

The Swedes and the Dutch argue that their decisions on how to deal with the coronavirus pandemic are preferable to the policies of nearby European countries whose governments now struggle on how to maintain safety while reducing restrictions, transition from lockdowns and restart depressed economies.

The experiences of Denmark, Finland and Norway suggest that early lockdowns may have prevented excess deaths. Those three Scandinavian countries announced nationwide lockdowns in early March before registering any coronavirus deaths.

Consequently, at the end of May their numbers of coronavirus deaths per million were a fraction of the comparatively high death rates in Sweden and the Netherlands.

Public health experts propose various explanations for the enormous differences in COVID-19 death rates. Virtually all of them come with cautions, provisos and puzzling counterevidence that undermine their soundness.

Cursory analysis suggests there may be no simple, single explanation for why the populations of wealthy developed countries in Western Europe and North America experience the world’s highest COVID-19 mortality rates.

Instead, the answer to that mystery is likely a complex combination of critical factors, with the most prominent as follows:

In addition to the enormous country differences in COVID-19 death rates, the numbers of deaths, approaching 400,000, continue to mount daily as the disease spreads around the planet.

In the absence of a worldwide available vaccine, for which many countries race to discover, a significant proportion of world population could become infected – up to 70 per cent to achieve herd immunity, which is unlikely to be achieved any time soon – and more than 50 million could succumb to COVID-19.

THE WORST IS YET TO COME

Unfortunately, the worst of the pandemic may be ahead. Most countries are relaxing policies of lockdowns and social isolation, understandably trying to revitalise depressed economies and return to normal lifestyles.

Without use of social distancing, facemasks and other safeguards, however, public health experts anticipate a resurgence later this year, as was tragically experienced in the deadly 1918 influenza pandemic.

Perhaps the only consolation emerging from the current pandemic is that it has made the world’s population of men, women and children considerably more cognisant and sensitive to the value of good health, the precariousness of human life, the essentiality of social and communal interactions, the capriciousness of death, and the interconnectedness of humanity.