Improper planning, poor execution: Why we are facing a Covid-19 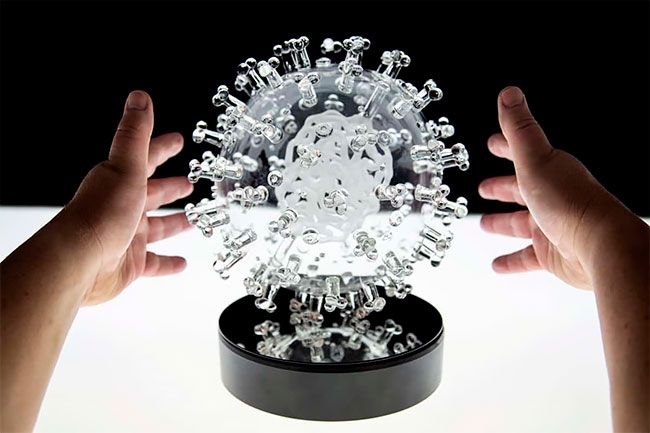 Professor Alex van den Heever writes that the government could have been in control of the Covid-19 pandemic, but chose not to be and has instead squandered resources, leaving options limited.

The MEC for health in Gauteng talks of “predictions” and the national health minister of a “coming storm”. These allusions leave one with the impression that someone is in charge and knows what’s happening. But is this the case? Or is this just spin to avoid accountability?

Understanding the Covid-19 trajectory in South Africa requires that we interpret events to date to better understand the way forward.

On 27 March, a generalised lockdown was introduced to suppress transmission, supposedly to prepare the health system to contain the local epidemic through prevention measures and to ensure that sufficient health services would be available for a contained, rather than a full-blown outbreak.

It was apparently well understood that an uncontained outbreak would overwhelm whatever services are prepared.

There were, therefore, two basic strategies that needed to be implemented.

First, focuses on prevention which around the world is premised on a strong system of test, trace and quarantine. Together with physical distancing, health protocols at high-risk communal spaces (shops, schools, employers, public services) and the occasional targeted lockdown should suppress the epidemic to manageable levels.

Second, is medical treatment for those that do get infected. For Covid-19, serious morbidity requires hospitalisation, with around 36% of these in need of critical care. If prevention fails, these services inevitably get overwhelmed – even in the wealthiest of countries.

The most reasonable strategic approach, therefore, was to invest in prevention rather than treatment, with the latter only needed as a fail-safe for cases that fall through the cracks.

South Africa had from January 2020 to prepare its strategy. South Korea, for instance, immediately developed tests, and coordinated public and private parties to provide capabilities for expanded and rapid contact-tracing. As a consequence, they avoided the need for a generalised lockdown or for expanded treatment facilities.

South Africa, therefore, not only had time to prepare for prevention, but more importantly had the opportunity to review the strategies of every country on the planet.

However, South Africa did not throw everything at prevention.

From late March, the government implemented an anaemic testing programme that was at that stage dwarfed by the private sector. The idea was to get up to scale by the end of April (36 000 tests per day with a rapid turnaround). This was the must-not-fail part of the strategy.

However, by 30 April, only 11 576 tests per day were achieved – with a generally poor turnaround time of up to seven days. By 29 June (two months later), the National Health Laboratory Service (NHLS), or the state’s NHI for laboratory services, declined to 8 331 per day.

The government has attempted to explain the failure to achieve testing at scale to bottlenecks in international supply chains. However, despite accessing the same global supply chains, the private sector tested 21 580 on 29 June, and regularly remains above 20 000 per day. As of 29 June, the private sector had completed 702 236 tests in comparison to the public sector’s 649 000.

While South Africa’s total daily number of tests currently ranges between the fairly respectable 35 000 to over 40 000, which is probably in the range to achieve a preventive effect (provided the number of infections does not rise too high), these tests do not form part of a unified prevention strategy.

The public sector chose instead to cut itself off from private testing and go it alone. In doing so, the relevant government decision-makers limited opportunities for strategic testing to whatever the NHLS could achieve. The government also inexplicably failed to draw on the testing capabilities of the universities.

Tied at the hip to testing is contact-tracing, which is critical to the objective of separating otherwise undetected positive cases from the uninfected population.

Contact-tracing using access to our smartphone information has, however, been buried in secrecy, with no validated information on how many contacts are being reached and after what time period. Some spooky facility has been set up at the CSIR, which no one can provide any information on, and no one is permitted to inspect.

As it appears that provinces are largely contact-tracing the age-old way, boots on the ground and the telephone, it is unclear what purpose the CSIR arrangement serves. Contact-tracing? Or just to spy on the general population? With no transparency or independent governance framework for this platform, it has become very difficult to ascribe to it a proper purpose.

Why was all of South Africa’s technical capacity – public and private – not thrown together to establish a high-tech national contact-tracing platform? This could have been done at no cost to the government. Many private sector players have indicated to me that they would have provided services for free.

Also, why was no contact-tracing application developed? This could have been done in a matter of weeks in March. And for free. South Korea had theirs in January. We could have used theirs. After all, we use their smartphones. To protect privacy, a transparent governance framework could have been created.

But instead, we have secrecy, no governance and no evidence of performance. If our testing and contact-tracing platforms actually delivered, the final evidence would be found in the outcome. Prevention achieved.

So what have we achieved?

We implemented a lockdown that devastated the economy. Hopefully, we bought something of value for the roughly R1.2 trillion (and growing) price tag this entailed?

For that price, we could have bought roughly 400 000 ICU beds. Or, stated differently, around 800 hospitals with 500 ICU beds each. We could also have funded the running costs of roughly 171 million bed days with a normal mix of general and critical care beds. This would fund 469 667 hospital beds over a 12-month period.

On the prevention side, we could have purchased 4.1 million tests per day for an entire year.

From March, the government, however, failed to implement the testing and tracing strategy at scale, failed to implement contact-tracing at scale, and even failed to seriously expand bed capacity. It has taken until July to “possibly” access private hospital beds in one province, the Western Cape, which they may not need after all. The Eastern Cape, which is in full-scale collapse, has not activated any public/private arrangements.

Far from curtailing the epidemic, as has occurred in other countries, the lockdown in South Africa saw new infections steadily increase while under Level 5. Clearly, many of South Africa’s densely populated communities were extremely vulnerable to Covid-19 and required positive support to aid prevention rather than a lockdown.

Such an approach required proper messaging and sensitive communication, testing and tracing, decent quarantine facilities, proper sanitation, free masks, a well-communicated approach to minimise gatherings and a well-considered approach to bulk transport. Instead, communities were subjected to brutalisation by security forces and the police.

During much of May, and under lockdown, the Western Cape showed a steady increase in new cases. They were, however, attempting to implement hotspot targeting and smart testing and tracing. Key parts of this strategy, however, had to be abandoned due to NHLS backlogs, with tests taking up to two weeks to come back. Nevertheless, even with a change in focus, from around 8 June, new cases in the Western Cape appear to be in slight decline, a trend that has continued into July.

As the remaining uninfected population in the Western Cape remains very large, a downward trajectory is either a consequence of the prevention programme or bad data. As the mortality data confirms this trend, it appears that prevention has worked. Had it failed, the Western Cape would have faced horrific mortality and overcrowded hospitals in both the public and private sectors.

The new infection trajectories apparent in the Eastern Cape and Gauteng are, therefore, not the “expected” trajectories that were “projected” all along.

Surprising as it may seem, the SARS-COV-2 virus is not a computer model. It is communicated between human beings in conditions conducive to transmission. If transmission is not interrupted through behaviour modification and implemented prevention programmes, it will spread. What we are experiencing in these two provinces, and may experience in many of the others, is nothing more complicated than a failure to prevent new cases.

All around the world, as with the Western Cape, the interjected local epidemics are entirely reliant on prevention strategies, not herd immunity (where sufficient numbers of people have been infected such that the virus has nowhere to go).

Models, at least the South African ones, only peak when some version of herd immunity is reached – with the achieved threshold heavily influenced by assumptions regarding asymptomatic and untested Covid-19 positive cases. Through the manipulation of these assumptions you get to pick your peak. In real life, the peak is actually achieved well below herd immunity by prevention strategies.

So why is the minister of health and the Gauteng MEC for health constantly referring to expected surges? They are referring to models that supposedly predicted what we are seeing. This plainly seeks to create the impression that the minister and various MECs were not in control of events. In some respects, this is true, they were and are not in control. But, in contrast with other natural disasters, they could have been in control, but instead they chose not to be. Our resources and options were squandered. The consequences of these choices are now very much before us.

While there will no doubt be a reckoning in future years, the government now needs to seriously change tack and begin doing its job – rather than just pretending.

People are dying and our frontline workers are sacrificing their lives to face a preventable onslaught of patients. It is still not too late to implement effective prevention programmes. But it soon will be.

– Professor Alex van den Heever is chair in the field of Social Security Systems Administration and Management Studies at the University of the Witwatersrand’s School of Governance.