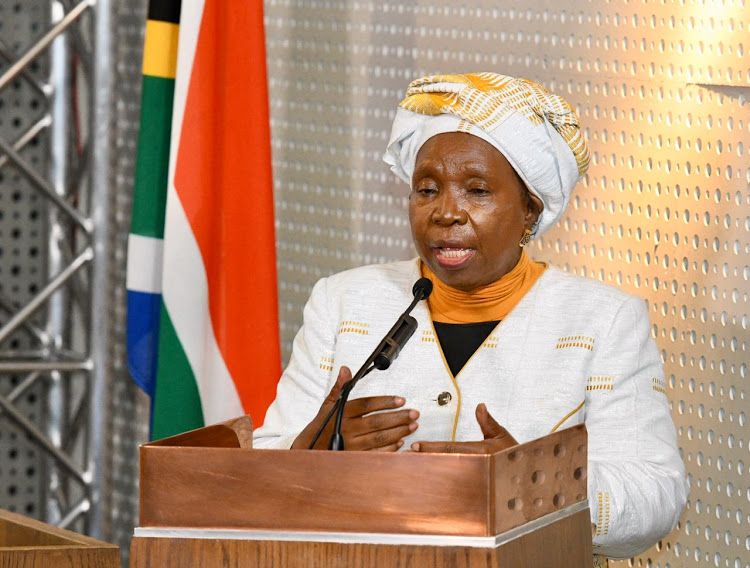 A plan in what appears to be a “top secret” draft document from the Department of Cooperative Governance and Traditional Affairs proposes the centralisation of municipalities with a structure similar to the National Coronavirus Command Council (NCCC) in charge.

The DA unearthed the document, and the party’s deputy spokesperson on cooperative governance Cilliers Brink likens it to a coup d’état.

The 46-page document bears a logo purportedly of the department, is marked “top secret” and “draft 5” and is titled “South Africa Economic Recovery Plan for Municipalities in Response to Covid-19”. No indication is given as to who its author is.

The document deals with the country’s dire economic situation, particularly how it relates to municipalities and proposes the aftermath of the Covid-19 pandemic as an opportune time for a restructuring of the government and economy.

“The exemplary response by South African government to the Covid-19 crisis has demonstrated the institutional strength of the district health system and the importance of centralising operations, decision making, policy making and project planning through the Command Council,” reads the document.

“To give effect to the economic recovery of the country, a mirroring of this institutional form would be required. A centralised policy making, programme and project planning, operations and tactical decision-making council would have to be established.

In response to this, Brink said in a statement released on Monday: “This is nothing short of a coup d’état.”

“Apart from relying on bad government to solve the problems caused by bad government, the DA is most concerned by the constitutional implications of what is being proposed. The document seems to reveal an ANC plan to slowly roll back the powers of the democratically elected local and provincial government,” he said.

Brink said the DA would put a formal question to President Cyril Ramaphosa to determine whether the document has any formal status in government, and whether its contents reflect current or proposed government policy.

“We will also be keeping a close look at what further proposals emerge under the guidance of the so-called district model, and we will be requesting a record of decisions and discussions of all the Command Councils that have been established across the country,” he said.

Cogta Minister Nkosazana Dlamini-Zuma’s spokesperson Mlungisi Mtshali said he could not respond to the document, as it appears to be a draft he has never seen.

He said the district model is being piloted at OR Tambo, eThekwini and Waterberg municipalities, and isn’t an attempt to take any powers away from democratically elected municipalities.

He said the district development model is “about improving communication and cooperation between the spheres of government”.