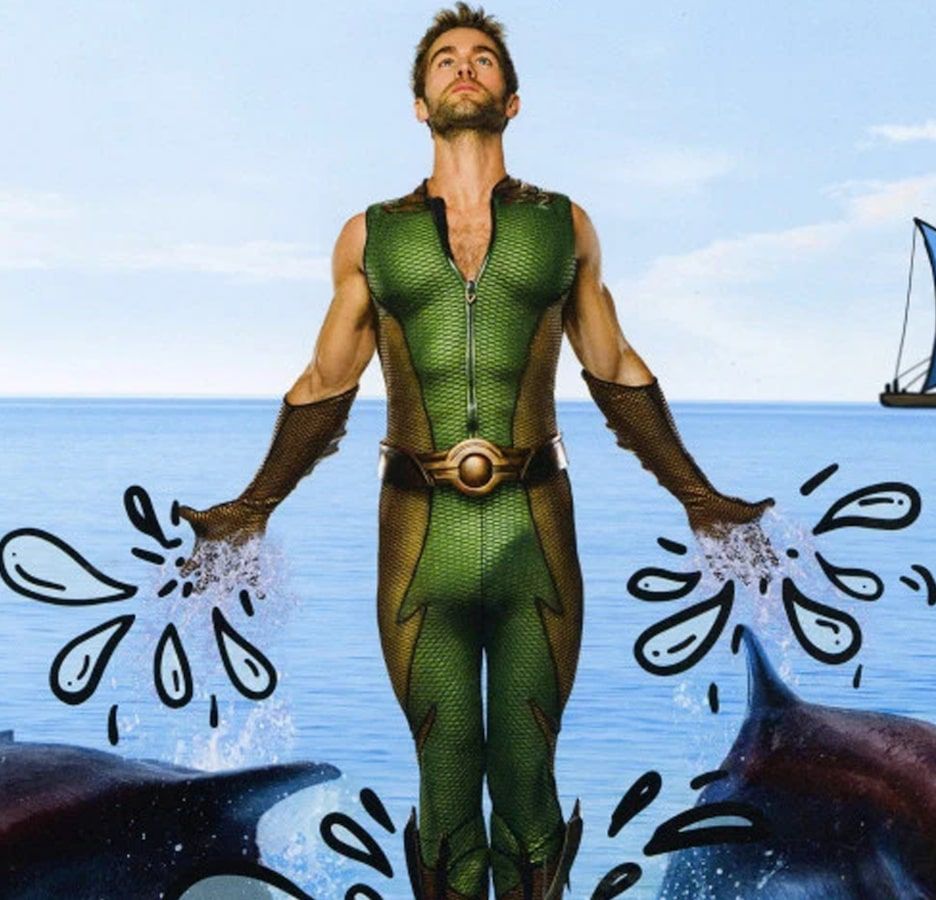 If you think The Boys star Chace Crawford has an impressive physique, then get in line sis, because you’re definitely not the only person who thinks that…

As a matter of fact, Chace looks so good in his bulge-tastic uniform while playing the role of The Deep for Amazon Prime’s critically-acclaimed superhero series, even You actor Penn Badgley is admiring him for it…

During a recent Zoom interview for Variety‘s virtual Actors on Actors series, the two former Gossip Girl co-stars reunited to talk about their careers so far, and as many conversations between two extremely swoon-worthy gentleman goes, at one point, the topic of convo quickly turned to their bods,

“You’re obviously a very handsome man and in incredible shape, by the way,” Penn tells Chace, complimenting him on his hero-worthy physique. “You’re in better shape than ever Chace.”

“A lot of time on my hands,” Chace laughs at Penn’s praises.

The sheer bromance is too much to handle! All we have to say is we wholeheartedly agree with Penn’s astute observations about Chace.