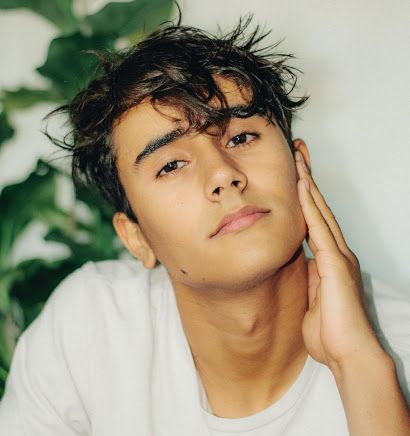 There are more LGBTQ stories and characters on TV than ever before, but some pesky Hollywood belief systems die hard. When 20th Century Fox released “Love, Simon” in 2018, it was the first major studio blockbuster to center around a gay teen character coming out. What had been an almost too common trope in queer cinema for decades only had its mainstream outing two years ago — making the milestone both momentous and years too late. As with other studio hits centering underrepresented identities, the fact that it took so long is indicative of Hollywood’s heel-dragging approach on progress.

That’s why it’s both demoralizing and unsurprising to learn that the long-held belief that unknown actors shouldn’t play gay is still alive and well in Hollywood; at least according to promising newcomer Michael Cimino, who plays a teenager discovering his queerness in Hulu’s adorable romantic comedy for young adults, “Love, Victor.”

Set in the world of “Love, Simon,” the TV series focuses on Victor Salazar (Cimino) and the unique challenges he faces in accepting an alternative sexuality while navigating his tight-knit Columbian-American family. Fresh-faced and emanating a contagious positivity, Cimino radiates warmth and charisma as Victor, who remains upbeat as he balances a new school, new girlfriend, and a very distracting new boy crush. It’s Cimino’s first leading role and his biggest one yet, and, propelled by the success of “Love, Victor,” a fruitful career should lie ahead.

It’s almost impossible to imagine anyone advising Cimino against taking such a substantial role in a high-profile project, but Cimino said the fear around playing gay — whether the concern behind it is real or imagined — persists among actors. 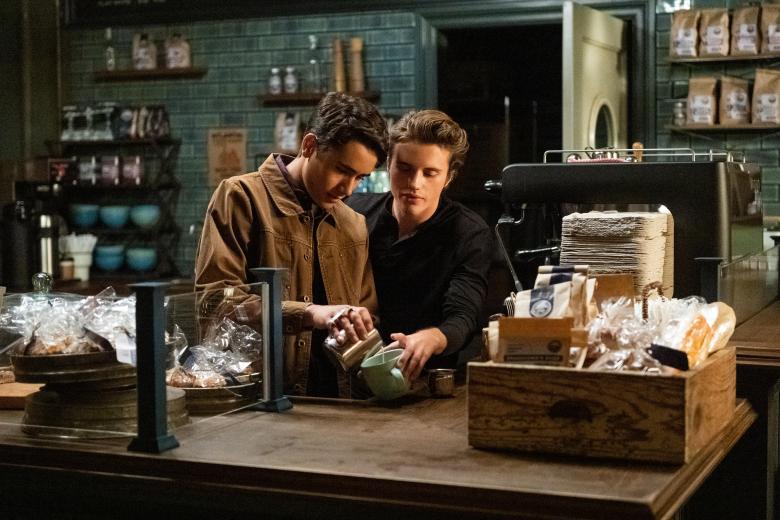 Gone are the days when established A-list actors chafed at playing gay, as was common before Tom Hanks broke that barrier in “Philadelphia” (1993). A more recently progressive climate has given rise to an opposite but also pesky phenomenon: that of straight actors taking queer roles as fast tracks to Oscar nominations. (See: “Brokeback Mountain,” “Dallas Buyers Club,” “Call Me By Your Name,” and countless others.) While this new trend can be a sometimes frustrating way to take opportunities from out gay actors, for Cimino, it was encouraging.

“They don’t pigeonhole you. Look at Timothée Chalamet: He does a whole bunch, a wide variety of roles,” Cimino said. “You have to make the conscious decision to not listen to those stereotypes and just break from the norm. Because the only way you can change the industry or change the norm is by putting your money where your mouth is, so to speak, and taking it forward.”

Cimino is engaging and excitable when speaking about “Love, Victor,” calling it a “very important story that needs to be told.” He is forthcoming and passionate in his expressions of support for the LGBTQ community, expressing gratitude for the show giving him an opportunity to “provide a voice for people that don’t have one.”

One important digression “Love, Victor” takes from “Love, Simon” is in centering a Latinx family, with its unique perspectives and challenges in approaching the LGBTQ issues. When addressing the particular nuances of homophobia in the Latinx community, Cimino speaks from personal experience, having witnessed firsthand his cousin’s coming out struggles.

“It’s weird … [the Latinx community] is liberal when it comes to things about Latinos, but when it comes to gay rights it’s like, eh, question mark,” Cimino said. “We need to change the narrative on that, right away. Because that’s not right. You can’t just be for some issues that concern your people but not all of them. Just because someone’s sexuality is different than yours, that does not mean that they’re not part of your community.” 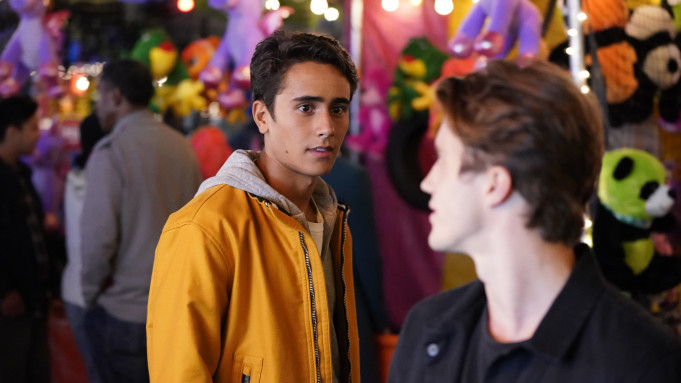 Cimino attributes his passionate empathy for marginalized groups to his experience attending an all-white school growing up.

“I had plenty of racism thrown at me. All the little kids in elementary school used to be like, ‘Oh, he eats bugs because he’s brown.’ They used to throw me on the floor and kick me,” he said. “It made me who I am today. And in a way, I’m kind glad I faced that adversity at a young age because it gave me the tools to understand these problems, to have sympathy and have compassion, because I understand what it’s like to be the only person that no one understands.”

Though he’s relatively new to the industry, Cimino also recognizes Hollywood has a long way to go toward producing more comprehensive and positive Latinx representation. One of the nasty stereotypes he’d like to see retired ASAP: “the hot-headed Latino man.”

“That narrative needs to stop. And it is true, the Latinx community, we’re passionate people. There’s no secret,” he said. “There’s a time and place for that, but I feel like using the Latino anger for comedic relief is– I would like to see less of that and more of uplifting Latino stories.”