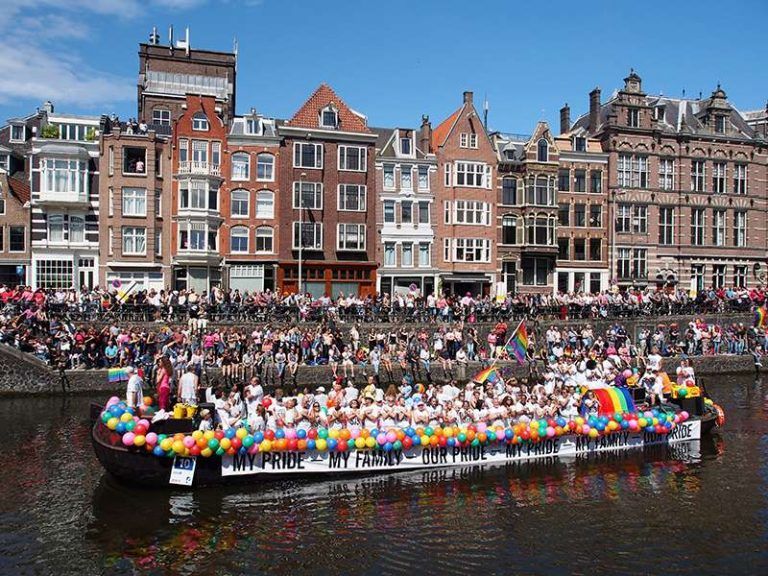 The Netherlands is planning a way to guarantee LGBT+ rights for generations to come by including them in Article 1 of its constitution.

The 150-member House of Representatives, the lower house of the Dutch parliament, voted 124 in favor and 26 against the proposal.

Dutch LGBT+ organization Cultuur en Ontspanningscentrum (COC) has campaigned for the change for almost 20 years. It said it was ‘wonderful news’.

‘Today we are taking a big step towards anchoring our rights in the constitution.

‘That is important for today, as a task for politicians to tackle violence against LGBTI people, for example. And it is important for the future, as a guarantee that we can still enjoy our hard-won rights in fifty or a hundred years.’

Proposal now goes to the Senate

Article 1 of the constitution already outlaws discrimination on the basis of religion, belief, political affiliation, race and gender.

Now the cross-party group of LGBT+ supporters have added ‘sexual orientation’ and ‘disability’ to the list.

However the vote in the House of Representatives is just another step in a long process.

The proposal now goes to the 75 seat Senate. If the Senate votes in favor, it will have to be adopted again by a two-thirds majority after the March 2021 parliamentary elections. Only then will the constitutional change take force.

Politicians also discussed whether to include ‘age’ as another protected class in the same way. However, others thought it better to debate that at another time.

The Netherlands has long been a leader in LGBT+ rights. Most significantly it conducted the first equal same-sex marriages in April 2001.

However in the 2020 ILGA Europe Rainbow Map it only ranked at 11th equal of European countries, with nearby nations Denmark, Belgium, the UK and Luxembourg ahead of it.

PrevPreviousANC corruption: Ramahopsa’s 500 billion is being looted
NextNorway is probably the first country in the world to prioritise gay, lesbian, bisexual and transgender refugees.Next