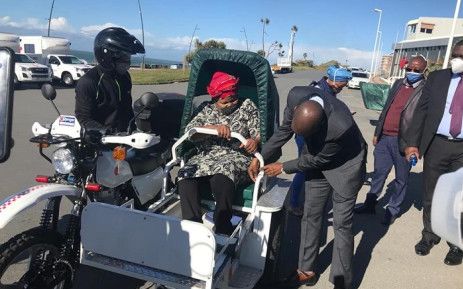 Health Minister Zweli Mkhize has clarified that scooters cannot be used as ambulances to transport patients.

He said they would only be used to deliver medication in rural parts of the Eastern Cape.

However, the Democratic Alliance’s Siviwe Gwarube said at the launch of the initiative, Eastern Cape Health MEC Sindiswa Gompa suggested the scooters would ferry patients.

“These scooters are nothing more than glorified wheelbarrows that come at a R10 million cost to the provincial department that can least afford it. This is why the Democratic Alliance has repeatedly called for this department to be placed under administration so that we can begin the work of saving lives in the province.”

The DA said according to Mkhize, the province didn’t consult the National Department and had since been advised the scooters didn’t meet regulations governing patient transport.

PrevPreviousOddly some psychologists and psychiatrists still believe In the voodoo of conversion therapy.
NextIs the lockdown still valid after court rulings?Next