Is the lockdown still valid after court rulings? 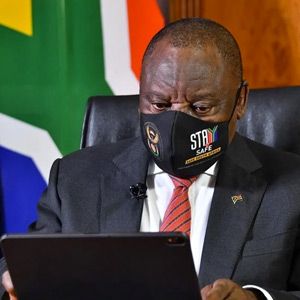 The Liberty Fighters Network (LFN) said the lockdown was effectively over when a judge compelled Cogta Minister Nkosazana Dlamini-Zuma to amend certain lockdown regulations, even though he granted her leave to appeal.

But legal experts say the lockdown regulations remain in place now that Dlamini-Zuma has been granted leave to appeal.

What did the Gauteng High court rule?

In a scathing judgment on 2 June, Judge Norman Davis ruled in favour of the LFN when he found that the national lockdown was “irrational”, unconstitutional and invalid.

Davis said: “The starting point was not: ‘How can we as the government limit constitutional rights in the least possible fashion whilst still protecting the inhabitants of SA?” but rather: ‘We will seek to achieve our goal by whatever means, irrespective of the costs and we will determine, albeit incrementally, which constitutional rights you as the people of South Africa may exercise.'”

He described rules relating to funerals, exercise, and the informal sector as “perplexing”. But he suspended his declaration of invalidity for a period of 14 days so that Dlamini-Zuma could amend the regulations.

Shortly after, some legal experts called the judgment flawed. One said if it went on appeal, it would most likely be overturned.

Was leave to appeal granted?

On 10 June, Dlamini-Zuma asked for leave to appeal and on 30 June, Davis granted her leave to appeal to the Supreme Court of Appeal (SCA) against the court’s blanket declaration of invalidity. But the judge said that the regulations he expressly described as irrational should still be amended within 10 business days.

Since he granted leave to appeal, his ruling declaring the entire lockdown invalid is therefore suspended in terms of Section 18(1) of the Superior Courts Act, aside from those regulations he specified should still be amended.

The regulations relating to interprovincial travel, the wearing of masks, the closure of gyms, and the prohibition of tobacco sales, among others, therefore remain in force until the SCA has made a ruling.

However, by declaring Regulation 48(2) invalid, Davis ruled that people could no longer be criminally charged for contravening regulations banning tobacco or liquor sales.

Is the lockdown still valid?

University of Pretoria public law professor Bernard Bekink said because leave to appeal was granted against the blanket declaration of invalidity, Davis’ initial ruling becomes suspended, aside from the regulations he specifically ordered the minister to amend.

This means that, aside from the specified regulations, Davis’ ruling has no effect, pending the outcome of the appeal. The regulations must still be obeyed.

If the amendment of the regulations Davis specified was not carried out within 10 business days, these will become invalid by next week when the deadline has passed, Bekink told News24.

University of the Western Cape public law senior lecturer Dr Sarah Fick said Dlamini-Zuma still has the option of applying directly to the SCA for leave to appeal Davis’ ruling – including the areas he specified that she needs to amend.

If the minister follows this route, Davis’ entire ruling will be suspended, including the sections he specified that the minister should amend.

This would mean that people would still have to comply with those [specific] regulations identified by Judge Davis as invalid, pending the outcome of the leave to appeal application.

Can you be criminally prosecuted for breaking lockdown regulations?

Fick said it would be interesting to see would happen to the criminal cases against people arrested for contravening regulations that have since been declared unconstitutional.

“This includes the people who were arrested for exercising outside of the limited exercise window.”

She said Davis did not limit the retrospectivity of his order, which means there is no exact date from when the regulations were unconstitutional in his eyes.

“We would probably have to wait and see whether the minister seeks to leave to appeal from the SCA against the part of the decision for which Judge Davis refused leave to appeal before considering these consequences,” Fick said.