Oddly some psychologists and psychiatrists still believe In the voodoo of conversion therapy. 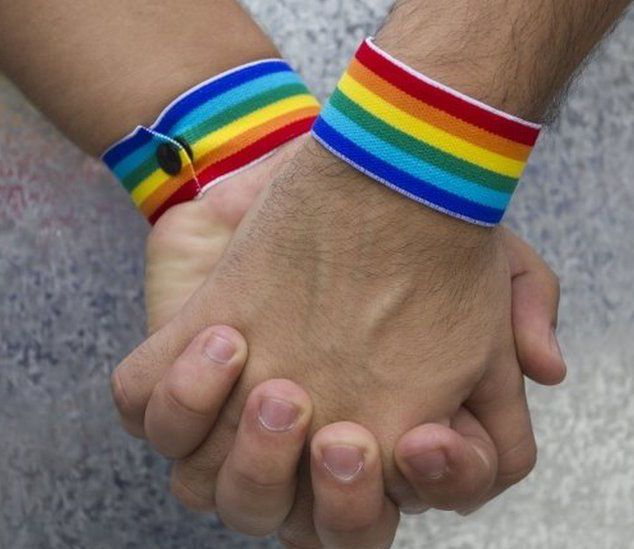 Instagram will block the promotion of “conversion therapy”, which tries to change a person’s sexuality or gender identity, the social media giant has told the BBC.

Campaigners are urging the government to act now on a two-year-old promise to make the practice illegal.

This year, 200,000 people have signed an online petition calling for action.

All major UK therapy professional bodies and the NHS oppose it on logical, ethical and moral grounds.

Luke, 23, is gay and a youth worker who was raised in a strict Christian family in north-west England.

“In school I had quite a feminine voice, and feminine behaviour, and I was bullied because of it,” he told the BBC.

“I guess my dad knew the potential gay signs before I did, because he would force me to do stereotypically boyish things, which I hated. He knew I hated sports, but he didn’t care, as long as his boy seemed less gay.”

‘I thanked them for torturing me’

At 13, Luke’s dad saw his internet search history on the family computer, which included forums for gay teens and gay pornography.

“When my dad scrolled through, he was physically sick. He took me to my youth pastor’s house. I had been attending his church since birth, and he had always been so nice to me, which probably made this worse, because I completely trusted him.”

Luke says he was made to feel dirty and disgusting for liking boys. His deeply religious family was determined to use him as an example for his wider community.

“Over a couple of years, my family and the church team totally damaged me. Beatings, exorcisms, fasting, online courses, everything.”

“They told me I was born straight but I had been damaged by my parents divorcing. They would put their hands on my head and tell me how evil I am. They would ask me to describe how I felt when I saw a guy I fancied on TV. I said I felt excited but a bit naughty, and they’d say that they were feelings from the Devil.”

“The worst thing is, I was grateful for their torture. My only goal was to be straight like everyone else in the world. I would say thank you to them after they abused me.”

The term “conversion therapy” refers to any form of treatment or psychotherapy which aims to change a person’s sexual orientation or to suppress a person’s gender identity.

While some violent practices which may be classed as conversion therapy, such as “corrective rape”, are already covered by existing criminal offences, many religious practices, such as those experienced by Luke, are not.

Puberty eventually made Luke’s voice lower and he became more reserved, but inside, he still “felt gay”.

After attempting to take his life, another of Luke’s pastors encouraged a more lenient approach. Luke was told that “gay temptation” is not in his control, but “gay behaviour” is, so as long as he didn’t act on his urges, he could “live a normal life”.

Luke eventually fled to London. He has never returned to his hometown, but his family has since apologised over Facebook.

Crying, Luke said that speaking to the BBC about his experiences made him realise how awful his teenage years were.

In 2018, the government announced that “gay conversion therapies” were to be banned as part of a government plan to improve the lives of gay and transgender people, but activists are still waiting for action. The government has since said it will “consider all options for ending the practice”.

The new president of the Royal College of Psychiatrists, Dr Adrian James, said: “Any intervention purporting to ‘treat’ something which is not a disorder is wholly unethical and should be banned.”

“We don’t allow attacks against people based on sexual orientation or gender identity and are updating our policies to ban the promotion of conversion therapy services.”

She continued: “We are always reviewing our policies and will continue to consult with experts and people with personal experiences to inform our approach.”

Earlier this year, Instagram banned the promotion of conversion therapy in ads, where people don’t choose what they see. From Friday, any content linked to it will now be banned across the platform.

The company stresses that it will take time to update all of its policies to reflect this blanket ban, so while some content that users flag may not immediately be removed, overtime that should change.

‘I just wanted to hide’

In a letter to the government, seen by the BBC and signed by celebrities and charities, Ban Conversion Therapy calls for conversion therapy “finally” to be made illegal.

The new organisation, started by friends Harry Hitchens and Matthew Hyndman, has already attracted thousands of views on social media and has been backed by Stonewall, Europe’s largest LGBT charity.

Since posting a now-viral post on Instagram about conversion therapy still being legal in the UK, Harry received personal threats and hate messages from groups who found his address.

“So many people didn’t know that conversion therapy is still legal in the UK, and every time a celebrity shared my post, there was another 24 hours of hate.”

“I received messages like ‘you should’ve hid your address better, [expletive], we’re coming to get you’. I haven’t had the energy to report any of it to the police yet. I just wanted to hide from it all.”

Matthew says the motivations for starting his organisation stemmed from his own religious experiences and a near miss with “conversion therapy”.

“I grew up in rural Northern Ireland. There was a great sense of community, and it was very religious. I was in complete denial that I was gay.”

While working as a missionary, Matthew was outed as gay. After refusing to publicly confess his “sins” and go through “counselling” he was eventually told he could no longer be a member of his church.

“The church can be a wonderful place. They support people to do a lot of good in the world. No matter whether the reason is religious or otherwise, to counsel someone to change their sexuality or gender identity is wrong. The UN has declared conversion therapy as torture. Are we happy to condone torture?”

“I don’t want to be arrested for my work.”

“We are writing to urge you to introduce a truly effective ban on conversion therapy for all lesbian, gay, bi, trans and gender diverse people in the UK,” Ban Conversion’s letter states.

“Any form of counselling or persuading someone to change their sexual orientation or gender identity should be illegal, no matter the reason, religious or otherwise – whatever the person’s age.”

However, some people who counsel LGBT people in a supportive environment are concerned that a blanket ban of conversion therapy could lead to issues.

One therapist who spoke to the BBC is concerned that if the government does ban conversion therapy, they will not be able to treat their trans clients without fear of being arrested.

The therapist, who wanted to remain anonymous for fear of “losing” their career, said their work helping trans individuals come to terms with their acquired gender is legal and encouraged them to get Gender Recognition Certificates but it could be classed by critics as “conversion therapy”.

“Where do we draw the line? Everybody agrees that conversion therapy is bad, but nobody knows how to define it,” said the therapist.

“It’s a lie to call it therapy. It’s not – what we’re talking about banning is brainwashing.”

“There is a clear distinction between a therapist saying ‘let’s work together to see what’s best for you’ and them saying: ‘I think you should be this.'”

Rabbi Janner-Klausner is a member of the newly formed Inter-religious Advisory Board on LGBT for the Ozanne Foundation, which works with religious organisations around the world to eliminate discrimination based on sexuality or gender.

“From where I stand as a religious leader, conversion therapy needs to be banned immediately. Anyone within my religion practicing this is wrong, and needs to be stopped. I don’t want a state that starts restricting people’s prayer, that’s frightening, but if someone misuses their authority to get someone else to change, that’s an abuse of power.”

PrevPreviousNorway is probably the first country in the world to prioritise gay, lesbian, bisexual and transgender refugees.
NextEC COVID-19 SCOOTERS CAN’T BE USED TO TRANSPORT PATIENTSNext