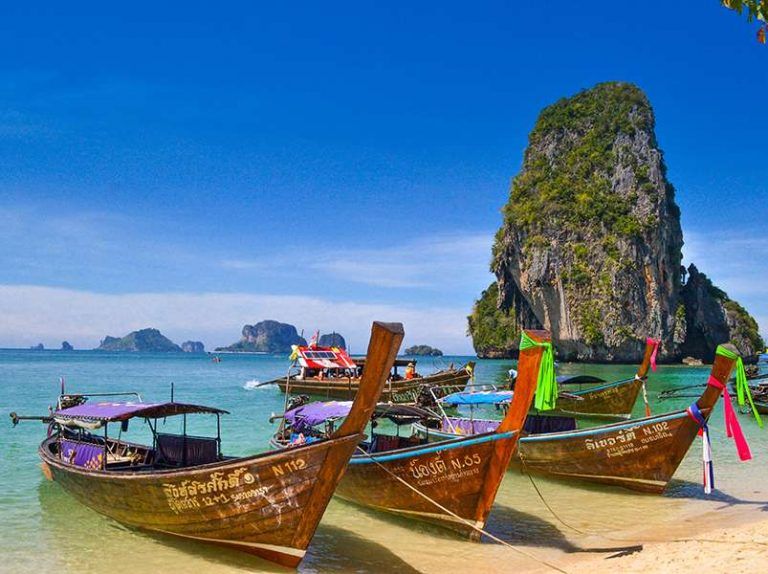 Thailand’s cabinet has backed a civil partnership bill that would give same-sex couples almost the same legal rights as married couples.

The bill will now go to the National Assembly.

Taiwan is currently the only country in Asia to allow same-sex marriage. However, their law is not quite ‘equal’ marriage, as same-sex couples can’t jointly adopt children.

‘The Civil Partnership Bill is an important step for Thai society in promoting equal rights and supporting the rights of same-sex couples to build families and live as partners.’

However, the government’s bill contains one provision which is perhaps a mistake for an economy so reliant on tourism, including LGBT+ tourists.

It insists at least one person in the partnership be Thai. So foreign couples, don’t rush to book your Thai beach wedding plan just yet.

Thailand has long been a tolerant country for LGBT+ people. Indeed, it decriminalized homosexuality in 1956. It’s also famous for its third-gender ‘kathoeys’ – who can be trans women or effeminate gay men.

Many Thais still hold conservative, Buddhist views. Despite this, 63% of Thais supported legal recognition for same-sex partnerships in a 2019 poll.

For much of the last decade, Thailand’s unstable political situation has held back progress on same-sex partnerships.

However, in December 2018 the Thai cabinet backed the idea of civil partnerships. That bill wasn’t able to progress before last year’s election.

Battle for same-sex marriage in Thailand

That bill went out to public consultation on 2 July – a standard process for new legislation. The issue briefly trended on Twitter as LGBT+ netizens rallied to support the proposal.

His party is currently the second biggest in the House of Representatives, the lower house of the National Assembly.

But Kittinan Daramadhaj, president of Rainbow Sky Association of Thailand, indicated he would be happy with civil partnerships.

He says the government’s bill gives same-sex couples the rights to marry without calling it ‘marriage’.

He told Reuters: ‘What’s in a name? It’s the content that matters. ‘Civil partnership’ shouldn’t distract from the fact that it’s about the legal registration of unions.’

However, not every LGBT+ Thai citizen may agree.

Other organizations and LGBT+ activists have previously criticized the government’s plans for civil partnerships. They argued that by having a separate, albeit similar, law, Thailand would relegate same-sex couples to the status of second-class citizens.

Since then, the government has added adoption rights into the proposal.

The news from Thailand comes at a time when the debate on marriage equality is heating up across Asia.

Although Taiwan is the only country where it is legal, Vietnam has decriminalised same-sex weddings although it doesn’t give the couples any rights.

Moreover, countries as diverse as India, China, Japan and Nepal are all discussing the issue more openly.