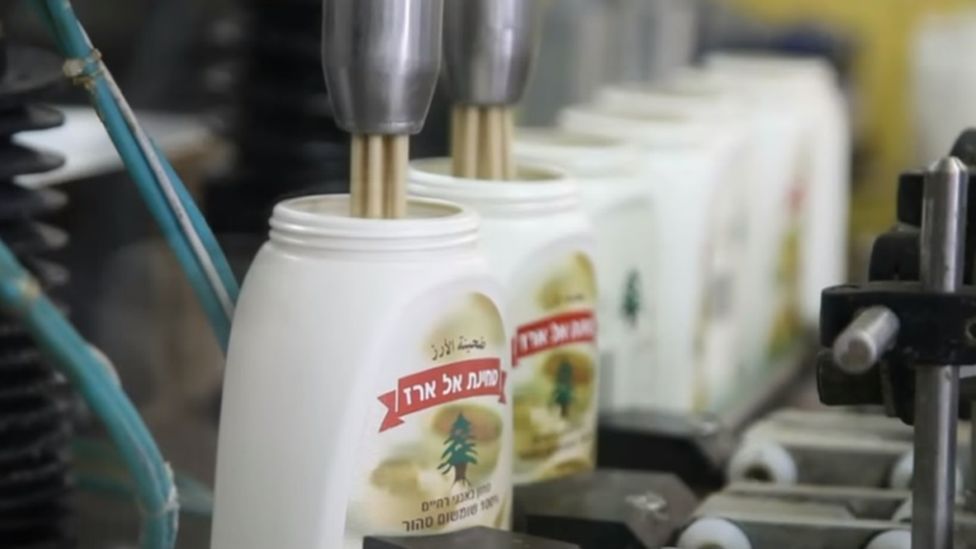 Tahini, the delicious sesame-based paste popular in the Middle East, has become the unlikely subject of a dispute over LGBTQ rights of Arab Israelis.

The story started with food but is not connected to culinary art or a new recipe.

Al-Arz, an Arab Israeli company which produces locally popular tahini, announced last week that it would start funding a hotline for LGBTQ Arab Israeli youth through an Israeli group called the Aguda, or The Association for LGBTQ Equality in Israel.

Then tahini jars on shelves of Arab and Jewish markets throughout the country became an issue amid Arab Israeli homophobic calls for a boycott, expressions of support from Arab Israeli pro-LGBTQ rights groups, and condemnation over the choice of whom the donation was going to.

To start with the good: Arab rights groups came out with statements supporting Al-Arz and its female president, Julia Zaher.

Leading rights organisation Women against Violence said in a statement: “We are proud of and salute Al-Arz company and its pioneering woman Julia Zahra for their honourable attitude and support for associations supporting gay youth in fighting the discrimination and oppression they suffer from daily.”

The organisation highlighted that Al-Arz had also donated to organisations that helped families in need and persons with special needs.

Aida Tuma, an Israeli MP from majority-Arab party the Joint List, said she had spoken to Mrs Zaher, who was “known for her generous support of several humanitarian causes”, and she called on Arab Israelis to focus on the real issues.

“We know very well what it means to be persecuted, vulnerable, and to suffer discrimination from the dominant discourse of the majority,” said Ms Tuma on her official Facebook page.

Then came the bad: Arab refusal to fund a national Israeli organisation, the Aguda, while there are plenty of Arab Israeli LGBTQ groups to support financially.

Al-Qaws organisation for Sexual and Gender Diversity in Palestinian Society condemned the backlash from homophobes who projected “social violence” at Al-Arz but it simultaneously condemned the company’s choice of funding the Aguda.

Al-Qaws said on its Facebook page: “Societal violence is no less harmful than the violence of the various colonial institutions, among them the Aguda… [which] has a long history of arrogant and orientalist projects, which are nothing but a reflection of the larger colonial policies of the Zionist entity [a term for Israel used by those who do not recognise its right to exist], which Palestinian women and queer rights groups call Pink-Washing policies.”

“Pink Washing” is a term used by critics for what they see as Israel’s display of support for the LGBTQ community to soften its image abroad.

Joint List Chairman Ayman Odeh said on Facebook that it was “hypocritical of our society to boycott Al-Arz while ignoring Israeli companies that are proud supporters of the settlements and the [Israeli] army”.

The existence of Jewish settlements in the occupied West Bank is fiercely opposed by Palestinians who claim all the territory for a future independent state. The settlements are seen as illegal under international law, though Israel disputes this.

And the ugliest: social media users posted videos of Arab Israeli customers and shopkeepers throwing away Al-Arz tahini jars in condemnation of its choice to support the LGBTQ community, after a few religious leaders condemned an openly gay lifestyle, calling it “sexual abnormality”.

In May, the community mourned the passing of celebrated Arab Israeli dancer Ayman Safiah, who not only lived openly gay but was the first Arab male professional ballet dancer.

Despite religious and societal extremists criticising his homosexual identity, his funeral drew thousands of supporters. It was nothing less than an art show honouring his activism on gay rights, with dancers dancing in his memory, and mourners clapping and cheering when his coffin arrived.

And the happy ending: the Nazareth-based Al-Arz said in a statement: “We love people without differentiation between religion, sex, gender or colour. Food connects people, and so do we. We will continue to be an open house and empower disadvantaged sectors whatever they may be.