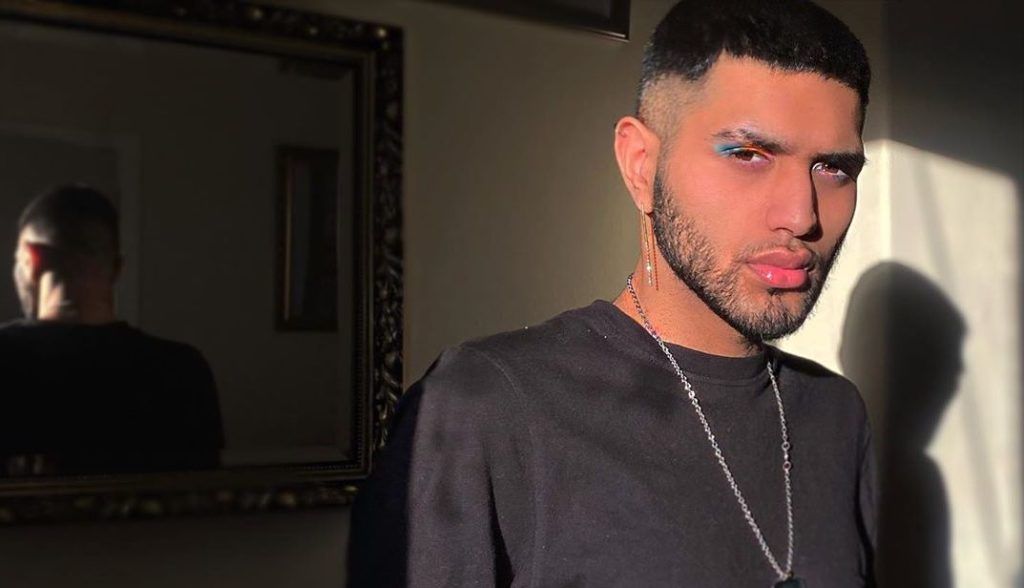 A gay Muslim teenager with a passion for makeup has been using social media to support other queer young people during the coronavirus pandemic.

Thee Amir, 18, lives in Edinburgh and began to gain a following, including Nicki Minaj, by hosting livestream makeup tutorials.

But over the last few years he has discovered the Gen Z social media platform Yubo, and has been using it to connect with other queer teenagers and support them through exploring their identities.

Amir told PinkNews that his family “found out” that he was gay when he began dating another boy.

He said: “When they first confronted me about it, it definitely wasn’t easy, as I’m Muslim and my sexual identity goes against our faith.

“It’s been a huge learning curve for my relatives because we don’t typically discuss topics like sexual identity – it’s just assumed that a man is with a woman.

“Luckily, things have started to settle down over the last few years. It’s been a slow process of acceptance which has required a lot of explaining and understanding on both sides.”

Around four years ago, not long after his family found out that he was gay, he moved from Scotland to Manchester and felt lost.

“As an openly-gay Asian and Muslim teenager it was difficult to meet people like myself in real life,” he said. “So I started using social media to connect with other members of the LGBT+ community.”

He said that joining Yubo was “life-changing”, as he found other queer teenagers and realised that he wasn’t alone.

But, as social media had helped him, he decided to pay it forward and become a support for other LGBT+ youth.

Amir said: “Finding a support system has inspired me to become a voice of change in the community.

“For the last couple of years, I’ve been dedicated to creating content that speaks to the gay teen experience that both educates and entertains.

“I hope that by sharing my story and experiences, it inspires more people who might be in the closet to come out and realise that they’ll be accepted for who they are too.

“The most exciting part of becoming a voice of change is hearing how I’ve helped others, but Nicki Minaj following me was a very close second!”