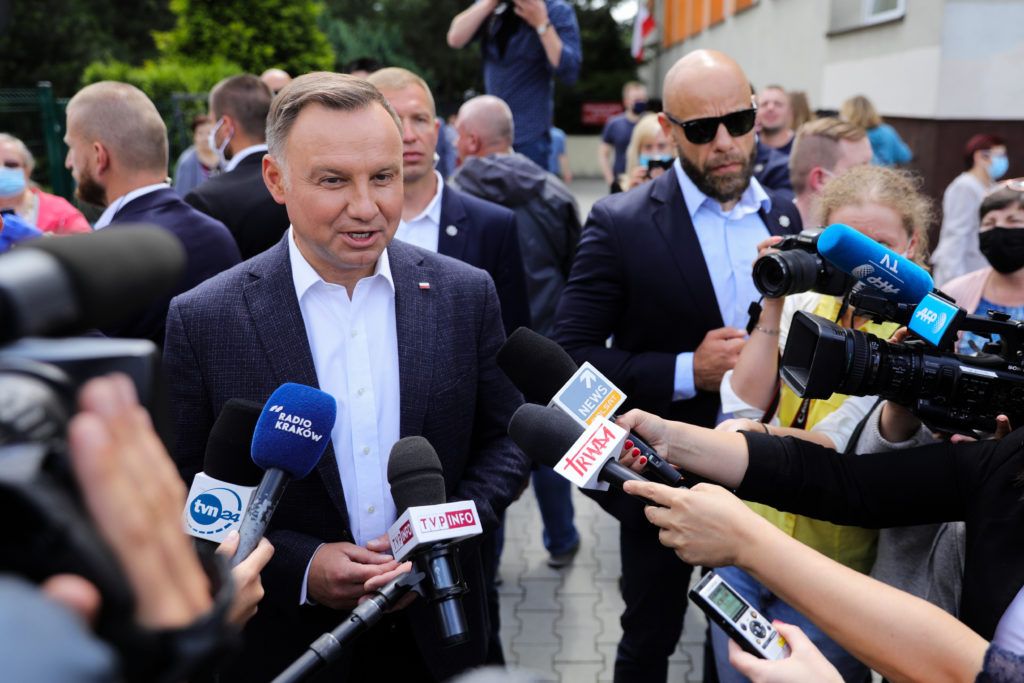 President of Poland Andrzej Duda has narrowly secured re-election, after an ugly election campaign that saw him resort to homophobic dog whistles.

According to preliminary results from Sunday’s run-off vote, the ultra-conservative Duda received 10,394,843 votes (51.22 per cent), giving him a wafer-thin margin of victory over the liberal candidate Rafal Trzaskowski, who received 9,901,371 votes (48.78 per cent).

The result suggests that the Duda’s election campaign tactic of repeatedly targeting LGBT+ people in an effort to tap into rising homophobic sentiment appears to have paid off.

Duda, an ultra-conservative who was backed by the ruling Law and Justice Party, has sought to bolster support for his campaign by attacking same-sex marriage, adoption and gay “ideology”.

In a “family charter” published ahead of the election, Duda pledged to “prohibit the propagation of this ideology” in public institutions and “defend the institution of marriage” as defined as a “relationship between a women and a man”.

With days to go until the run-off vote, Duda also proposed an amendment to Poland’s constitution that would ban same-sex couples from adopting children. He said: “I am convinced that, thanks to this, children’s safety and concern for the good of children will be ensured to a much greater extent.” LGBT+ groups suggested that Duda was simply trying to ride back into power on the coat tails of a culture war, aping the tactics of far-right populists who have leveraged bigotry against other minorities elsewhere.

While he claimed an overall victory, exit polling reveals that Trzaskowski maintained a strong lead with younger voters, with Duda only clinching victory due to his support among the 50-59 and 60+ demographics.