Irrational Ramaphosa has lost touch with public and medical experts makes no sense with booze banning and over loading taxis. 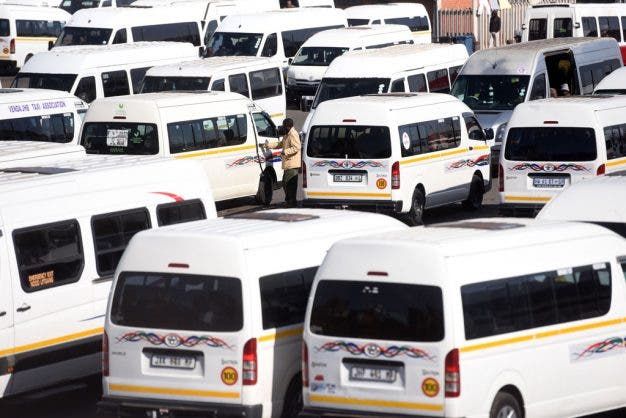 Using taxis could become ‘one of the single biggest ways people will be infected other than at home’, one of the medical experts said.

The experts, who also serve on the Ministerial Advisory Committee (MAC), said government need to come up with a more comprehensive plan on how to manage the increase in Covid-19 infections.

This follows President Cyril Ramaphosa’s address to the nation on Sunday night in which he announced taxis driving short distances could do so at 100% capacity provided windows were open, a nationwide sales ban on alcohol as well as a curfew.

Speaking to News24, Dr Angelique Coetzee, the president of the South African Medical Association (Sama) and member of the MAC, said the ban on alcohol would impact workers’ livelihoods and a better plan needed to be created.

She added it seemed South Africans had a major issue with alcohol abuse, which had contributed to an increase in causality cases in hospitals.

While the ban might be needed, Coetzee said the government could look at measures that were “less harsh”.

She suggested other measures to curb alcohol consumption, including limiting outlet times, but more importantly, looking at the cause of why people abused alcohol.

Coetzee said that needed to be addressed because “the moment they lift the ban, it’s going to happen again”.

For Professor Francois Venter, the head of the Ezintsha Health Unit at the University of the Witwatersrand and member of the MAC, there were more creative ways to relieve some pressure on the healthcare system other than an alcohol ban.

He said while an argument could be made to ban alcohol in hard-hit provinces like Gauteng, “there is no reason” the ban should apply in areas which did not have high Covid-19 infections as healthcare systems in these areas were under less stress.

Venter added he believed the measures announced were a distraction from the measures “we should be talking about, like physical distancing, hand-washing and mask-wearing”.

He said the government needed to be consistent in its regulations to build trust and buy-in from the public to fight Covid-19.

“The government has shot itself in the foot repeatedly with irrational advice and what happens then is that it’s very easy for society to opt out and to say, ‘this is nonsense, I’m not going to participate’.”

“I think what I was really disappointed with, was not enough attention to public transport, to the taxi industry.

“They should have been talking about what they were doing about that and reinforcing the physical distancing, etc, which he did, but instead it did feel a bit like a moral admonishment, like your father talking to you, when government really have not held up its end of the social contract – irrational guidelines, inconsistent laws – and for that reason I think people will just shrug their shoulders and say ‘whatever’.”

Venter added while Ramaphosa spoke about mask-wearing, the focus should have been on emphasising a social contract.

“It should be more about us policing communities and say it’s not OK to have our masks off in public, and for your youngest to go to a party is not OK, you need to start thinking about the consequences of that.

“I’m quite disappointed, I must say.”

While Coetzee said the Sama had been calling for a curfew for a while now, she believed the one announced by Ramaphosa on Sunday started too late and ended too early to be effective.

“As long as the curfew can keep people at home, then it can help,” she added, saying it would not have an effect because of the times.

For those going to parties, Coetzee said it would especially not have an impact, as young people could simply stay at the party until the curfew ended.

Ramaphosa said taxis driving long distances would only be able to fill up to 70% capacity, while short-distance taxis could fill 100%, provided they opened windows for ventilation.

Coetzee said importance should be placed on ventilation inside taxis as mounting research had suggested Covid-19 was airborne.

Along with social distancing, sanitising and mask-wearing, ventilation was an important measure that needed to be put in place, she added.

“What is not clear, is what is long distancing and what are normal distances.

“For short distance, it is very clear that when you are 100% loaded in your taxi, all the literature is showing that contact time should not be longer than 20 minutes in very close contact.”

Coetzee raised concerns over this, saying it could create a contradiction in terms of the regulations if the government allowed people to be in close contact with each other for more than 20 minutes.

“Then why don’t you just open up all the restaurants or churches? […] There should not be two different versions of what is ‘close contact’,” she said.

Venter believed the biggest failure from the government was in its handling of issues in the taxi industry.

“Why not work with them and say these are the things we think are going to keep your drivers safe and a way we can keep the industry going?

“Instead, now we have a situation where, I think, it will be one of the single biggest ways people will be infected other than at home,” he said.

PrevPreviousBMW X5 M Competition and BMW X6 M Competition
NextThe closure of the liquor industry that employs over a million people has dire consequences that was simply ignored by the ANC.Next