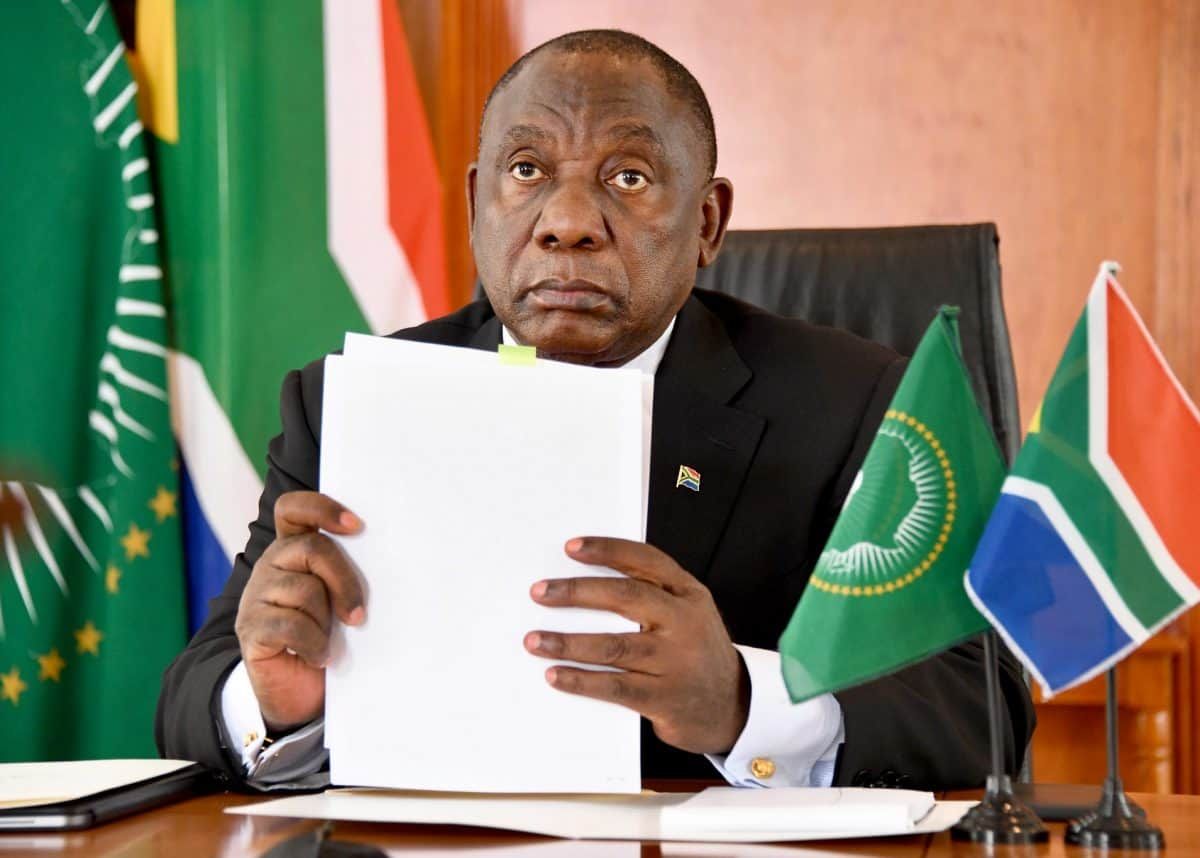 A huge part of your job remit when serving as president is to make decisions that are ultimately unpopular. However, Cyril Ramaphosa’s shock decision to reinstate the alcohol ban on Sunday leaves a very bitter taste in many mouths this evening – not least amongst his political rivals, who have been left seething.

The DA has collectively gone stark-raving mad. Several prominent shadow ministers vented their fury via their Twitter accounts, with Phumzile van Damme leading the charge. She had initially encouraged liquor stores to open as they would have done normally on Monday morning, slamming Ramaphosa’s ‘diktat democracy’. This, however, was before the new regulations were gazetted on Sunday.

“Government shouldn’t get to go on TV, make announcements and it is so. It does not work like that. Draft the regulations, publish them. Then, and only then, is it ‘law’. This isn’t some banana republic where a President can make announcements on TV and they’re automatically law. This is a principle we must all stand for.”

“NOW, and only now is it ‘immediate effect. But can this be still be challenged? Sure can, all government decisions can be taken on judicial review. It sure may. That’s the beauty of balances and checks in a democracy. Your move, alcohol retailers…”

Those calls were echoed loudly by Dean Macpherson, who is Trade Minister Ebrahim Patel’s opposite number. He stated that Ramaphosa is attempting to deflect attention away from the strain placed on hospitals nationwide, and suggested that Nkosazana Dlamini-Zuma and Bheki Cele had forced the president’s hand:

“The ban on alcohol is a red herring for the failure to create new hospital beds during the lockdown. Weak leadership is personified by Cyril Ramaphosa. Liquor stores should remain open! Bheki Cele and NDZ have won once again…”

“RAMAPHOSA DOESN’T GIVE A DAMN ABOUT YOU” – SHADOW MINISTER

Shadow Public Service and Administration Minister, Leon Schreiber, went for a slightly different line of attack and blamed Cyril for trying to scapegoat citizens ‘for the failings of government’:

“Has any other President in the world attacked and blamed her or his own citizens for the government’s failure to build healthcare capacity during the lockdown? How dare Ramaphosa try to scapegoat the people for his government’s pathetic failure. Extraordinary…”

“Ramaphosa does not give a damn about you. All he cares about is using you to evade his responsibility and complicity in SA’s failed response to Covid-19. He is a spectator playing President… It is the ANC that failed and deserves to be punished, not the people.”

EVEN THE EFF AREN’T FULLY BEHIND THIS ALCOHOL BAN ANNOUNCEMENT

It wasn’t just the blue wall that squeezed Ramaphosa on Sunday. The EFF’s Mbuyiseni Ndlozi proved to be the loudest voice in the red corner, and despite his previous support for a second alcohol ban, Twitter’s agitator-in-chief picked fault with the president’s timing and ‘irresponsible’ tone.

“Neither a curfew nor an alcohol ban will help if everything else is still open. If the peak passes in two months, you must shutdown everything now. Otherwise, what is coming is not a peak, but actually just the beginning. We told you BAN ALCOHOL, but you now blame people for viral infections. This man won’t take us serious.”