Greek study reveals that gout drug, Colchicine, may be able to keep high-risk Covid-19 patients from getting sick enough to be hospitalised 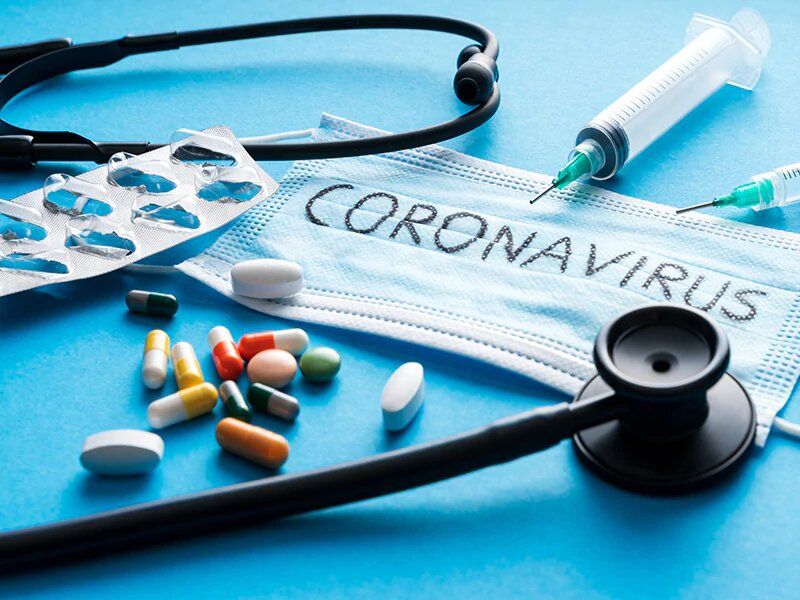 There’s new evidence that a 2 000-year-old medicine might offer hope against a modern scourge: Covid-19. The medication, called colchicine, is an anti-inflammatory taken as a pill. It’s long been prescribed for gout, a form of arthritis, and its history goes back centuries. The drug was first sourced from the autumn crocus flower.

Doctors also sometimes use colchicine to treat pericarditis, where the sac around the heart becomes inflamed.

The trial involved 105 Greek patients hospitalised in April with Covid-19. Besides receiving standard antibiotics and antivirals (but not remdesivir), half of the participants got daily doses of colchicine for up to three weeks, while the other half did not.

The results “suggest a significant clinical benefit from colchicine in patients hospitalised with Covid-19,” according to the team led by Dr Spyridon Deftereos, a cardiologist at Attikon Hospital in Attiki, Greece.

Specifically, while the condition of seven of 50 patients who didn’t get colchicine “clinically deteriorated” to a severe stage (for example, requiring mechanical ventilation to survive), this was true for just one of the 55 patients who did receive colchicine, the researchers said.

Writing in a journal editorial, a group of US physicians agreed that the study has limits, but applauded the Greek team for “showing us that an old drug may still have new life”.

Dr Amir Rabbani, a cardiologist at the University of California, Los Angeles, and colleagues stressed in the editorial that the study size was too small to offer a definitive statement on whether colchicine should be used routinely against Covid-19.

But they said that its effects on certain blood markers of heart function – as observed in the new study – suggest that colchicine has anti-inflammatory and anti-clotting effects that could help limit the cardiovascular damage wreaked by Covid-19.

Larger trial needed – and it’s on the way

Dr Rajiv Bahl is an emergency medicine physician in Orlando, Florida, who’s seen the ravages of severe Covid-19 in patients firsthand. Reading over the Greek findings, he noted that colchicine “has also been used to prevent heart conditions such as pericarditis and other inflammatory conditions affecting the body”.

Still, the new study is too small, so although it “does show some early promise, future studies need to be conducted before we can incorporate colchicine as an extensively used medication to help combat COVID-19,” Bahl said.

That trial is already underway.

As first reported in April, researchers in the United States and Canada are testing colchicine’s ability to keep high-risk Covid-19 patients from getting sick enough to land in the hospital.

According to researcher Dr Priscilla Hsue, a professor of medicine at the University of California, San Francisco (UCSF), “one of the unique aspects is that we’re trying to hit this before people need to be hospitalised”.

Colchicine is the medication of choice for a few reasons, Hsue explained: Unlike many drugs being tested in hospital patients – which are given by infusion or injection – colchicine tablets are easy to take and inexpensive, so it could easily be used at home. The medication also has a long history of safe use for gout, she added.

Beyond that, Hsue added, a recent trial found that low-dose colchicine benefits people who’ve recently suffered a heart attack. Patients who took one tablet a day curbed their risk of further heart complications or stroke over the next two years.

Heart injury is a common problem in people who become seriously ill with Covid-19 – at least partly, researchers suspect, because of a runaway immune system reaction called a “cytokine storm”.

Hsue believes it’s worth investigating whether colchicine could help prevent such heart issues.

The North American trial aims to enroll 6 000 patients newly diagnosed with Covid-19 who are at increased risk of serious illness – because they are older than 69, or have conditions like heart or lung disease.

To keep those patients isolated at home, the study has an unusual “contactless” design: Patients will receive the medication by courier, and have follow-up visits via video or phone. The researchers will look at whether the tactic lowers hospitalisation rates and deaths over one month.

Dr Randy Cron is a professor of paediatrics and medicine at the University of Alabama at Birmingham, and an expert on the “cytokine storm”.

While Cron believes that targeting cytokine storms in Covid-19 is wise, he had some reservations about giving colchicine to people with no signs of the severe immune reaction. Could any dampening of their immune response against the virus backfire?

“My concern is, could it make the infection worse?” Cron said.

Hsue, however, pointed to the safety record of the medication, and noted that the dose given in the trial will be lower than what’s routinely used for gout.

In the end, experts say the only way to definitively prove any medication works for Covid-19 is through clinical trials.

The colchicine study is currently recruiting patients, with UCSF and New York University School of Medicine being the first two US sites involved.