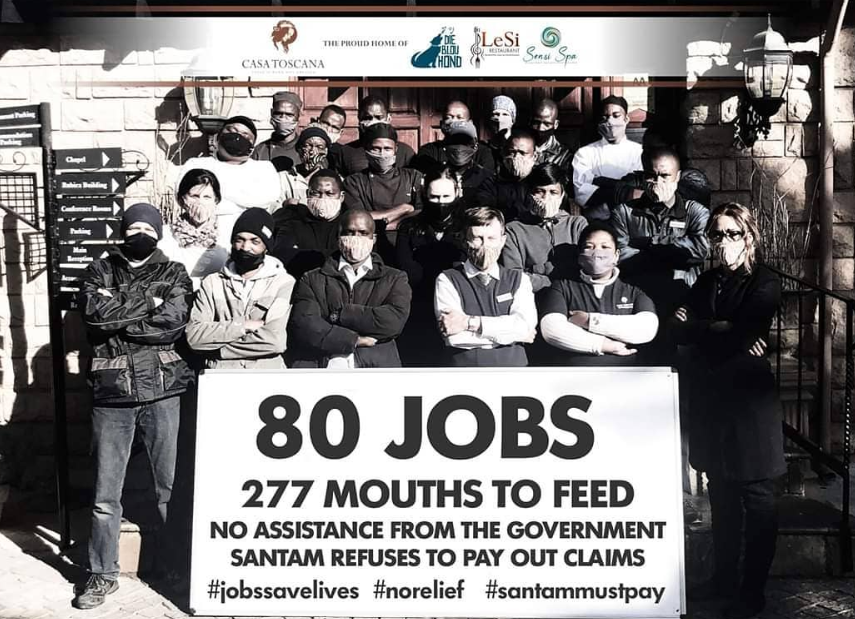 South Africa’s restaurant sector is on its knees as the coronavirus crisis and stringent lockdown measures threaten the livelihoods of the 800,000 people employed in the industry.

While sit-down meals are now allowed in restaurants after a months-long ban, alcohol sales with meals are still out of bounds, starving many restaurants of much-needed income.

The industry was dealt another blow with this week’s reintroduction of a curfew between 21:00 – 04:00. According to industry representatives, restaurants do the majority of their business after 17:00. If restaurant staff need to be in their homes by 21:00, that means they need time to travel, and to clean and close the restaurant. This effectively cuts restaurants to only two hours of trade, between 17:00 and 19:00.

Restaurants also say they have been let down by insurers like Santam and Guardrisk, who are refusing to pay out business interruption claims.

Many prominent restaurants and bars have now closed their doors permanently, including The Kitchen in Cape Town, where former US first lady Michelle Obama famously had lunch in 2013, popular Melville restaurant Pablo Eggs Go Bar, The Myoga restaurant at The Vineyard hotel in Cape Town,  as well as the Kalk Bay Theatre & Restaurant.

Restaurants are mobilising to focus attention on their plight. The Restaurant Association of South Africa (Rasa) says it may sue government on behalf of its members for damages suffered by lockdown regulations, including a rebate on liquor licences.

The industry is also organising a “Million Seats on the Streets” protest, planned for Wednesday 22 July, and it is expected that streets may have to be shut down as restaurant workers plan to demonstrate. A human chain is planned from parliament on July 24th.

A social media campaign – #jobssavelives – has also been launched, and some of South Africa’s top restaurants are posting photos of how many jobs have been lost, or are at risk, due to the lockdown: 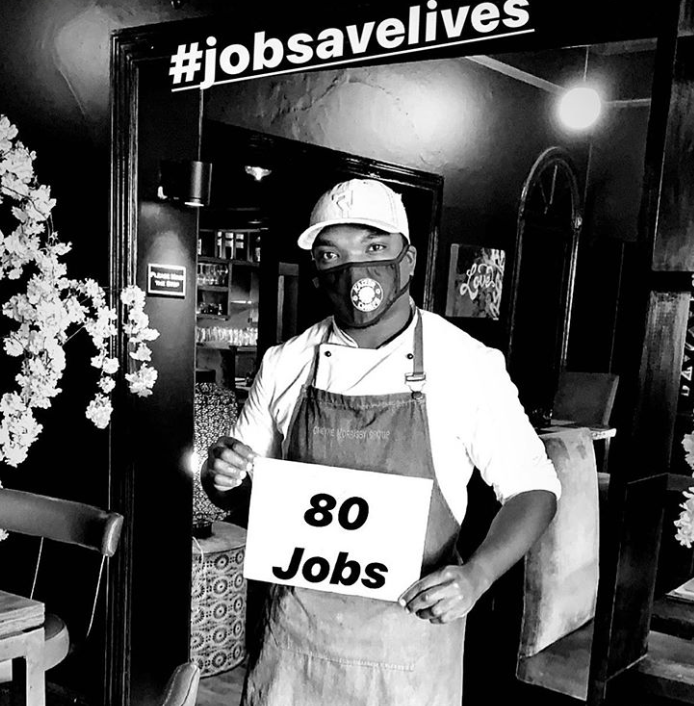 Eat In Italian Sinoville in Pretoria.