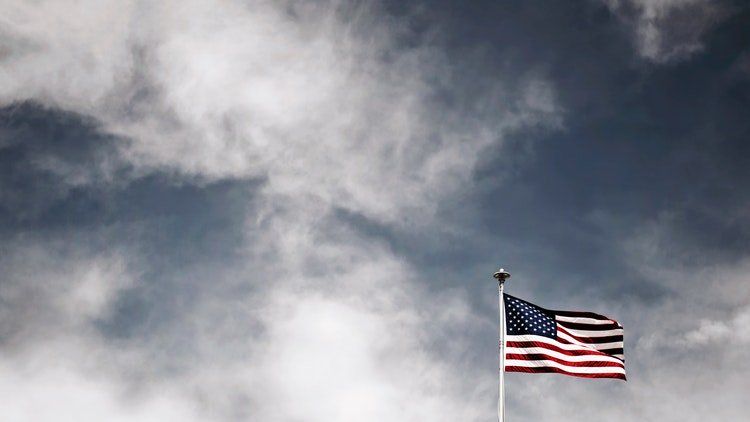 As American citizens, we live under the premises of freedom, life, liberty and the pursuit of happiness. We are free to share our ideas, choose where to live, where to work, where to gather, and who to love without the fear of harm by others, the authorities or our own government.

We are privileged to live in a country that promotes these freedoms and rights that are so often denied to people in other parts of the world. And we hold on to the belief that these are inherent rights that cannot be taken away at the swipe of a pen by our leadership.

This is the America that my parents fled to after the war broke out in our home country, Nicaragua, back in the early ‘80s. My parents raised me to believe in working hard, doing the right thing, and honoring my elders, my community, and respecting the law. My parents loved this country as their own because to them it meant safety and refuge. To them it meant that we, as their children, would have the opportunity to grow up to be who we wanted to be without fear of violence, torture, and possibly death for being who we are or what we believe in.

My father passed away almost five years ago and I do not think he would recognize what ‘our’ America has become. The current administration so far has launched deliberate attacks against immigrants by separating babies and children from their parents upon arrival to our border, expecting children as young as two years old to represent themselves in immigration courts, allowing ICE to keep families locked up despite a pandemic, attempting to dismantle DACA so that young children who grew up in this country are forced to lived in fear and desperation as their future is put in jeopardy, forcing students from foreign countries to leave the U.S., excluding immigrants based on their country of origin from entering the U.S. — and the list of discriminatory, immoral and unjust actions goes on, and on.

This administration’s latest attack is on our asylum process.

Asylum is a legal protection granted to individuals who can show that they have suffered persecution or a fear of persecution based on their religion, race, political opinion, nationality, or membership in a social group. At its core, asylum saves the lives of people facing harassment, torture, and even imminent death in their native countries. The process for obtaining asylum is rigorous and has increasingly become more complicated and restrictive. Still, for many LGBTQ+ immigrants, asylum is the lifeline that they can hold on to for safety. Working at the National Center for Lesbian Rights for the past 25 years, I have heard hundreds of heartbreaking and shattering personal stories of LGBTQ immigrants who have suffered mistreatment, violence, torture, rape, and abuses. Most of them flee to the U.S. because they have heard that in the United States they can be free — free to love, free to express themselves, free to exist.

What the Trump administration is proposing permanently shatters any hope asylum seekers have for a life free of violence in the United States. The proposed regulations require the applicant to prove they could not safely relocate to a different part of their country, even if they have already suffered persecution and proven that their government is unable or unwilling to protect them. They also narrowly define persecution to exclude even serious threats of violence and abuse unless the threats are carried out, and deny asylum to someone who traveled through two or more countries before entering the U.S., even when these other countries are also unsafe.

It is crucial that we act, that we do all that we can to stop these horrendous regulations, which will cut off one of the only avenues of survival and freedom for LGBTQ people who face brutal oppression in their home countries. The deadline for members of the public to submit a comment on these proposed new rules is July 15, 2020 (today!), and they will have a major impact on whether this rule is enacted. Even if you are not an asylum applicant or an asylee yourself, it is imperative that everyone thinks about our families and communities that surround us and realize how devastating these new regulations will be for them.

We are all one in our humanity. What our government wants to implement is inhumane and we have a moral duty to stand up for those who suffer because our government has betrayed the ideals of the America that we all loved. The America that says “give me your tired, your poor, your huddled masses that yearn to breathe free.”